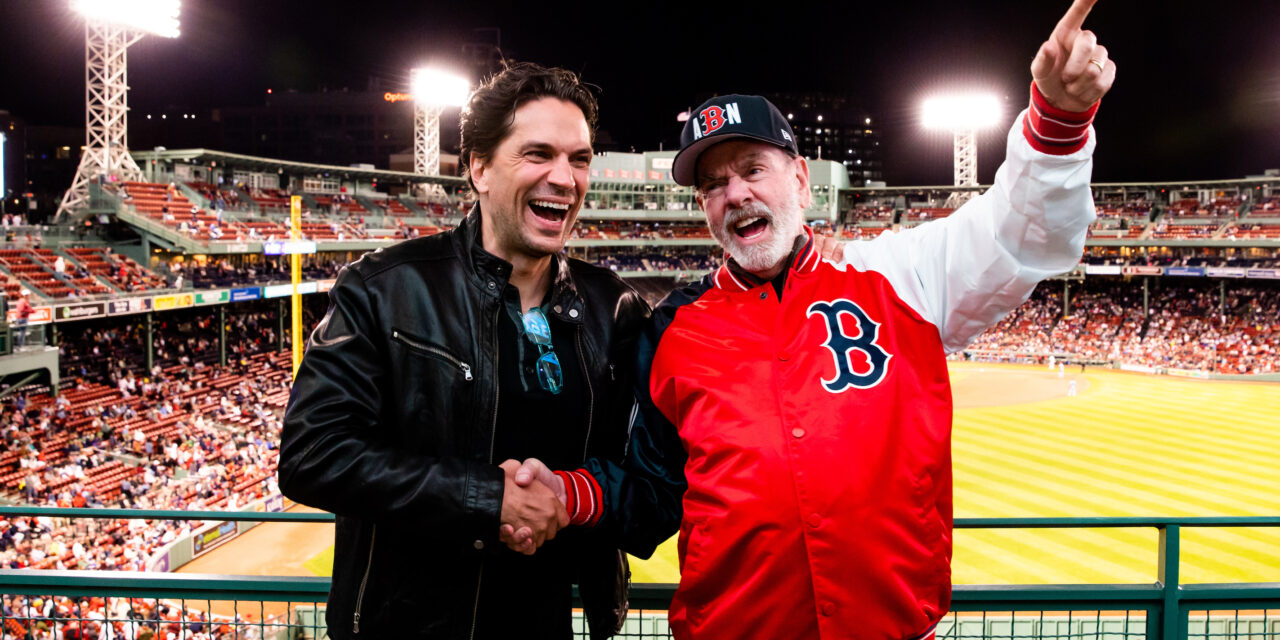 In a rare public appearance, Neil Diamond joined Will Swenson and the cast of the A Beautiful Noise, The Neil Diamond Musical at last night’s Red Sox game at Fenway Park in a rousing and joyous performance of his iconic song “Sweet Caroline.”

“Sweet Caroline” has become an anthem to Red Sox fans where at every home game an eighth-inning singalong takes place at Fenway Park. Diamond last appeared at Fenway in 2013 in the immediate aftermath of the Boston Marathon Bombing leading fans in an emotional rendition of his 1969 hit.

A Beautiful Noise will begin its world premiere six-week engagement at Boston’s Emerson Colonial (106 Boylston Street) on Tuesday, June 21. The production will then open on Broadway this fall at the Broadhurst Theatre (235 West 44th Street) with preview performances beginning Wednesday, November 2 ahead of an official opening night set for Sunday, December 4.

Tickets for both the Boston engagement and Broadway are available at www.abeautifulnoisethemusical.com