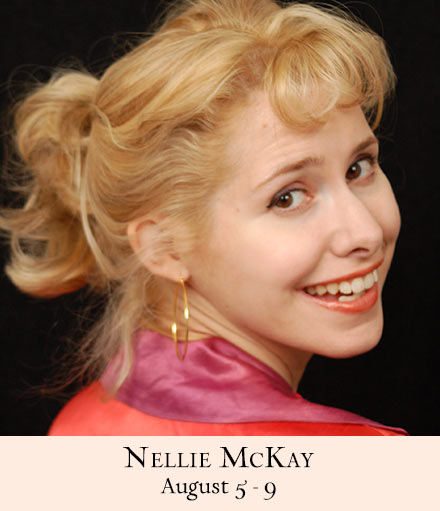 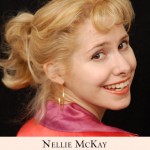 Nellie McKay recently finished an extended run in the off-Broadway hit Old Hats (winner of the Lucille Lortel Award for Outstanding Alternative Theatrical Experience and Drama Desk Award for Outstanding Revue) and has written two acclaimed musical biographies, Silent Spring: It’s Not Nice to Fool Mother Nature, an exploration of environmental pioneer Rachel Carson, and I Want to Live!, the story of Barbara Graham, the third woman executed in the gas chamber at San Quentin. David Byrne tells the Wall Street Journal, “Her last two ‘cabaret’ shows I saw have been jaw-dropping. They both completely subverted the genre.” Among Ms. McKay’s charms, Mr. Byrne said, are the ways she playfully mixes what he called a “tragic noir vibe” with her “wicked sense of humor.’”  She will be debuting “A Girl Named Bill – The Life and Times of Billy Tipton” at 54 Below August 5th thru 9th.

Nellie’s music has been heard on the TV shows Mad Men, Boardwalk Empire, Weeds, Grey’s Anatomy, NCIS and Nurse Jackie, and McKay has appeared on numerous TV shows including Late Show with David Letterman (with the Brooklyn Philharmonic).

Nellie produced her critically acclaimed, debut double album Get Away From Me with Beatles’ engineer Geoff Emerick, followed by Pretty Little Head, Obligatory Villagers, Normal as Blueberry Pie: A Tribute to Doris Day, and her latest, Home Sweet Mobile Home. She has won a Theatre World Award for her portrayal of Polly Peachum in the Broadway production of The Threepenny Opera and performed onscreen in the film PS I Love You, as well as writing original music for the Rob Reiner film Rumor Has It and the Emmy-winning documentary Gasland.

Nellie will be performing with her band members, Alexi David on bass, Cary Park on guitar, and Kenneth Salters on drums.