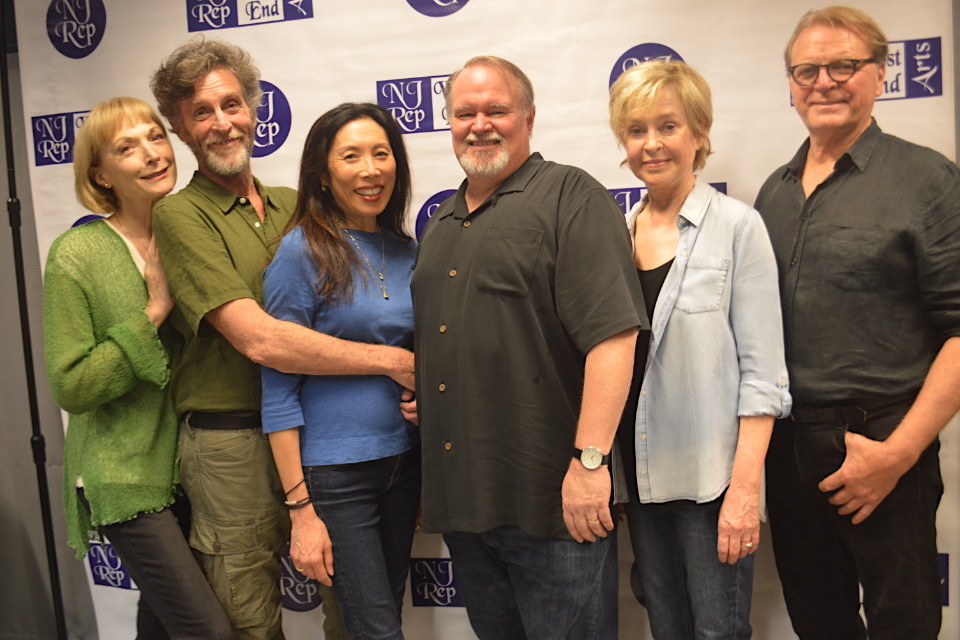 The press met with the cast and creator of the new comedy Fern Hill written by Michael Tucker – actor turned playwright – and directed by Australian Nadia Tass. The ensemble cast is made up of many sought after and well known actors including his wife, Jill Eikenberry, along with John Glover, Dee Hoty, Jodi Long, Tom McGowan and David Rasche.

The play will be presented from August 9 thru September 9, with an opening night on August 11. Fern Hill is a story about three couples (largely based on the experiences of the playwright and his wife) in their golden years where they have gathered at one of the couple’s farmhouse to celebrate their milestone birthdays spanning three decades. Honesty and support have been the foundation of their friendship, along with a commitment to food, wine and laughter. What happens when one of them suggests they all move in together . . . live, work and assist one another as they grow older? Their relationships are put to a test, a marital betrayal discovered as the bonds of loyalty and truth are explored in this mature comedy.

Meet the cast and playwright here in video interviews and more.

Rehearsal Scenes From the Play: