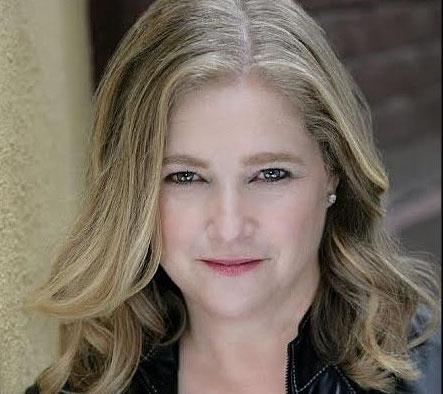 It’s taken eighteen years for Wendy Scherl to get back in the saddle of singing, the impetus being her win as first runner up in the 2016 MetroStar search at the Metropolitan Room. Now that she’s an empty nester with a background and passion for the art, what could be a better time!

On May 11, the club held many of Wendy’s friends, family and cabaret folks in the audience to support her efforts on this very well constructed show and flow featuring songs from both the Great American Songbook up and thru more current additions, each with well-thought out arrangements. She has a relatable persona that puts her audience immediately at ease.

Her purring vibrato ever present, Wendy opened with Irving Berlin’s upbeat “Sun in the Morning,” laying back with a bossa of nice inflections on Kern/Mercer’s “I’m Old Fashioned.”

It’s especially nice to hear a singer take the tried and true and make them her own with newly conceived arrangements to the credit of both her director Barry Kleinbort and her musical director Christopher Denny backed by fine musicians Rex Benincasa on drums and Bob Renino on bass.

When she performs ballads, such as “To Make You Feel My Love” or the nice paring of “The Way We Were/Niagara,” her sincerity comes through. She also has a notable penchant for comic/novelty that works well as evidenced in the old Dubin/Warren “Keep Young and Beautiful,” the clever David Yazbek’s “Lovesick” from Women on the Verge…Nervous Breakdown, and Jerry Herman’s “Wherever He Ain’t” from Mack & Mabel.

A mantra for all, is Sondheim’s “Move On” pared with Maltby/Shire’s “What You Know” and well connected to Kander & Ebb’s “Yes” . . . just say yes and keep exploring life . . . very obvious in what Wendy Scherl has in mind. Interesting inclusions is upbeat song of perspective – “Two Sides to Everything” (Moose Charlap/Elsie Simmons) countered by Rusty McGee’s sad and happy realities of a “New York Romance,” with its always profound impact.

Because Ms. Scherl is a fine storyteller it should allow her more freedom for intimate conversation with her audience whether speaking or singing which she could use to a greater extent, realizing that elongated notes at the end of most songs don’t necessarily make a point – even with a lovely voice.

My big distraction, however, came from the loud whistler in the room whose enthusiasm punctuated just about every song with ear-blasting noise.