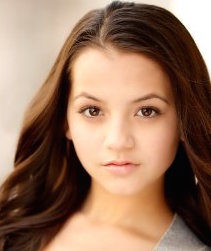 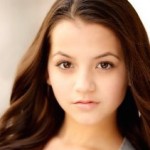 Nickelodeon’s new live-action comedy series, 100 Things To Do Before High School airs June 6th and features newcomer, Broadway theater kid, Isabela Moner. The show follows three best friends as they navigate the highs and lows of middle school with the help of a bucket list of adventures that will help them overcome class cliques, terrifying bullies and clueless teachers.With real life and teen drama awaiting her after 8th grade graduation, CJ Parker has only a short time left to make the most of her middle school years. Together with her two lifelong best friends Fenwick and Crispo, she is determined to get the most out of this time, using an ever-expanding list of challenges as a guide. For this group, growing up means trying everything and taking chances while they still can.

Isabela Moner made her debut on Broadway with the revival of Evita at age 10. That same year, Moner made her national and international television debut as a singer in The Next Big Thing New York. She earned her first lead role in the critically acclaimed film The House that Jack Built, and finished that year joining the Tony Award-winning team of the new musical Fly, originating the lead role of Wendy. She most recently appeared in NBC’s Growing Up Fisher in the recurring role of Jenny, and is the voice of Kate on Nickelodeon’s Dora and Friends: Into the City! As a soloist, Moner performs at benefits and venues in New York and Cleveland, such as Lincoln Center, Severance Hall, 54 Below, The Cutting Room, Joe’s Pub and several others. She is an honors student and some of her pastimes include writing and playing music, skiing, snowboarding, skating and jumping on the trampoline with her brothers Gyovanni and Jared.