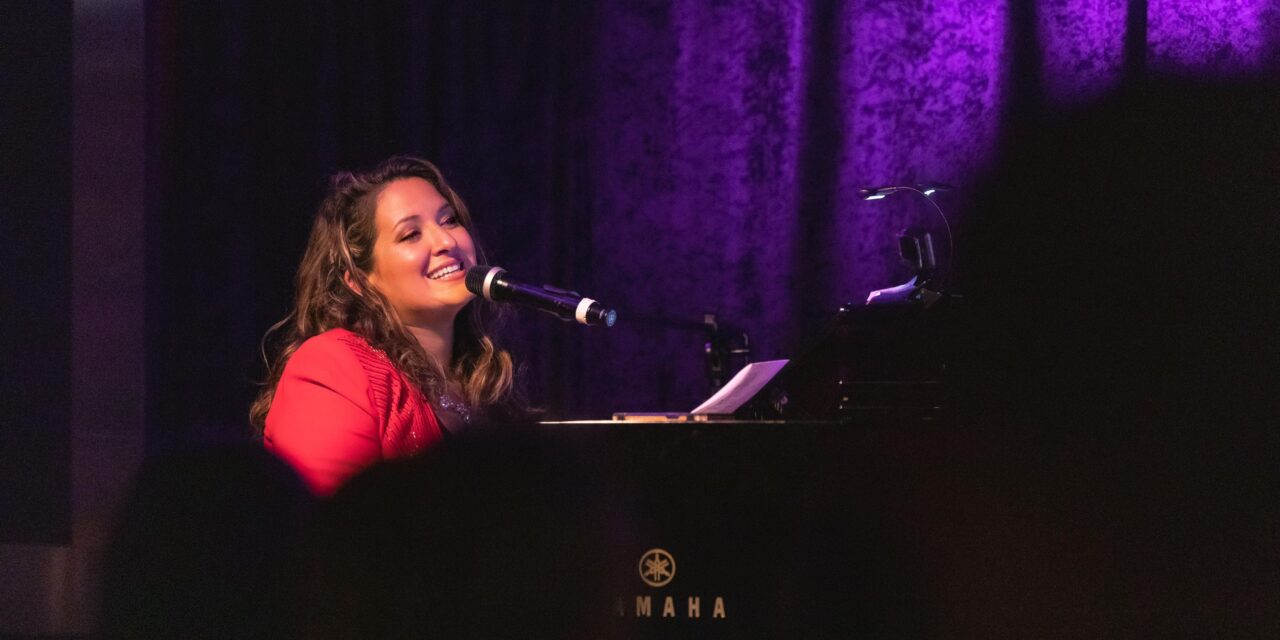 Nicole is a Grammy Award-nominated singer/songwriter with some serious chops.  She possesses a magnificent instrument with a four-octave range.  With a voice that has warm, rich harmonics in her lower register and a sweet, luscious timbre in her upper register that evokes Doris Day with a sultrier sound, Nicole never misses a note, no matter how adventurous her singing.  Her piano skills are also excellent.  Nicole’s compositions often have whimsical and funny lyrics, and she utilized many styles in both her writing and performance.  Nicole wrote the music for all but four of the fourteen songs in this set and wrote her own lyrics for two pieces that previously had no lyrics.  She performed only two covers.  Quite impressively, she wrote the arrangements for every song.

For “Two Fish,” an original song that would not be out of place on any album of standards from the “Great American Songbook,” Sam Dillon’s sax intro created a sound reminiscent of the Sinatra recording of “How Little We Know,” with a bit of a Nelson Riddle vamp.

“Crazy In a Good Way,” with a lyric that came from a back-handed compliment, was delightful.

Nicole’s cover of “So Many Stars” (Mendez/Alan and Marilyn Bergman) was originally performed in 1968 by Sergio Mendez and Brasil 66, with a vocal by Lani Hall.  Nicole’s gorgeous voice takes this song to a new height.

She penned lyrics to the Debussy classical composition “Reverie,” in which Dan Pugach switched among several syncopations, notably an Afro 6/8 style into 4/4 swing.

“This song could have been about cats,” Nicole said of the adorable “Let Me Love You,” played in a 1950s rock and roll style.  This easily could have been a song performed by Paul Anka or even Billy Eckstine some 60 years ago.

While Nicole was backed by first-rate musicians, the intimate stage of the Birdland Theater could barely contain their exuberance at times, occasionally making her lyrics difficult to discern, at least from the back of the theater.  A couple of the most magical moments in the show came when she worked alone, as in her delicate, lullaby approach to “What A Wonderful World” (Bob Thiele/George David Weiss), or when she played with Paz.

You’ll want to catch Nicole Zuraitis when she returns to Birdland Jazz upstairs for a week-long residency with her big band, starting December 28th.  If you can’t wait until then, she’ll be at Bar 55 (55 Christopher Street) on October 14.