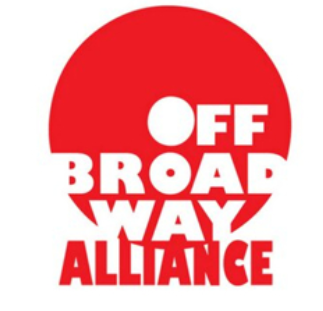 The winners of the Off Broadway Alliance Awards will be announced via Facebook at 11am on Tuesday, May 19 at OBA’s homepage: https://www.facebook.com/offbroadwayalliance.

2019-20 Off Broadway Alliance Award Nominations are:

Produced by the Public Theater

The Confession of Lily Dare

From the novel by Susan Hill

Presented by the McKittrick Hotel

Produced by Theatre for a New Audience and Shakespeare Theater Company

Produced by Playwrights Horizons and Page 73

Book, Music, and Lyrics by Keith Harrison and Laura Schein

Produced by the Atlantic Theater Company

Produced by Out of the Box Theatrics

Produced by The York Theater Company

Music and lyrics by Meredith Willson; Book and new lyrics by Dick Scanlan, based on the original book by Richard Morris; Music adaptation by Michael Rafter

Produced by Food of Love Productions and Third Rail Projects

Novenas for a Lost Hospital

Created and Performed by Katsura Sunshine

Kathleen Chalfant in A Woman of the World

Produced by The Acting Company and 59E59 Theaters

Ken Jennings in Gospel of John

Produced by The Sheen Center for Thought and Culture

Bill Posley in The Day I Became Black

Created and written by Bill Posley

Books and Lyrics by Kevin DelAguila

Based on the series by Dav Pilkey

Paddington Gets in a Jam

Based on the series by Michael Bond

She Persisted, The Musical

Adapted from the Book by Chelsea Clinton

Based on the book “Taste the Clouds” by Rita Marshall

Based on the Novel by Dean Pitchford

Gretchen Cryer: Off-Broadway Playwright, lyricist, and actress, co-author of I’m Getting My Act Together and Taking It on the Road

Woodie King, Jr.: Founding director of the New Federal Theatre in New York City and Off Broadway producer and director

Eric Krebs: Off Broadway producer and founder and director of the Off-Broadway’s John Houseman Theater Center and Douglas Fairbanks Theater.

Friend of Off Broadway – Award – honors persons or organizations for their steadfast support of the Off Broadway community over many years.

The Off Broadway Alliance is a non-profit corporation organized by theater professionals dedicated to supporting, promoting and encouraging the production of Off Broadway theater and to making live theater increasingly accessible to new and diverse audiences. The Alliance holds monthly meetings (currently via Zoom), and membership is open to everyone in the Off Broadway theater community.  The organization includes Off Broadway producers, theaters, general managers, press agents, and marketing professionals, and the OBA Awards honor commercial and not-for-profit productions that opened Off Broadway during the 2019-2020 season (due to the theatrical shutdown, the last eligible date for consideration was March 11, 2020).