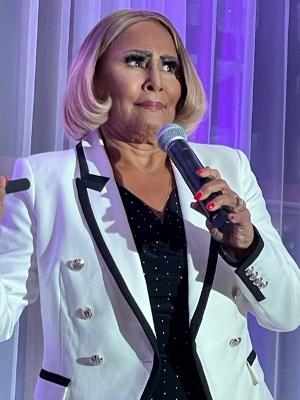 If you were wondering where your favorite Broadway stars are hiding out on Monday nights when their shows are dark, well last night November 14, they were at the most unexpected of places—Nordstrom’s on West 57th street! The night of music and song was the brainchild of the ever so charming Mickey Boardman, editor-at-large for Paper Magazine, John Bailey, the consummate host and head of PR for Nordstrom and the ubiquitous New York journalist, Michael Musto.

Their third Broadway Soiree was hosted by Charles Busch with Franca Vercelloni on the piano and starred Darlene Love (Hairspray, Grease), Julie Benko (Funny Girl, Fiddler on the Roof), Alysha Umphress (On the Town, American Idiot), L. Morgan Lee (A Strange Loop), Constantine Maroulis (Rock of Ages, Jekyll +Hyde) and Jennifer Simard (Company, Mean Girls). A fabulous time was had by all!