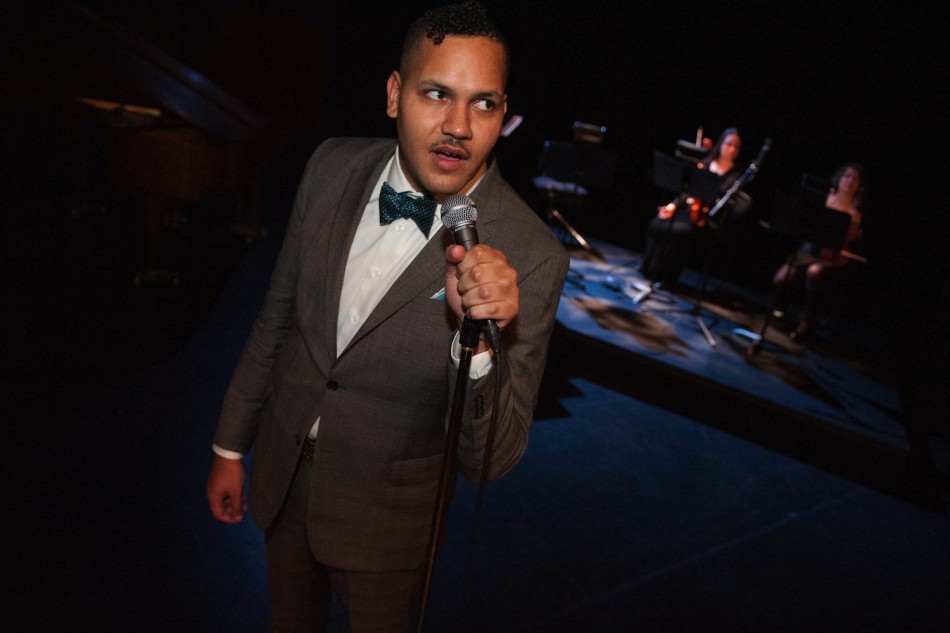 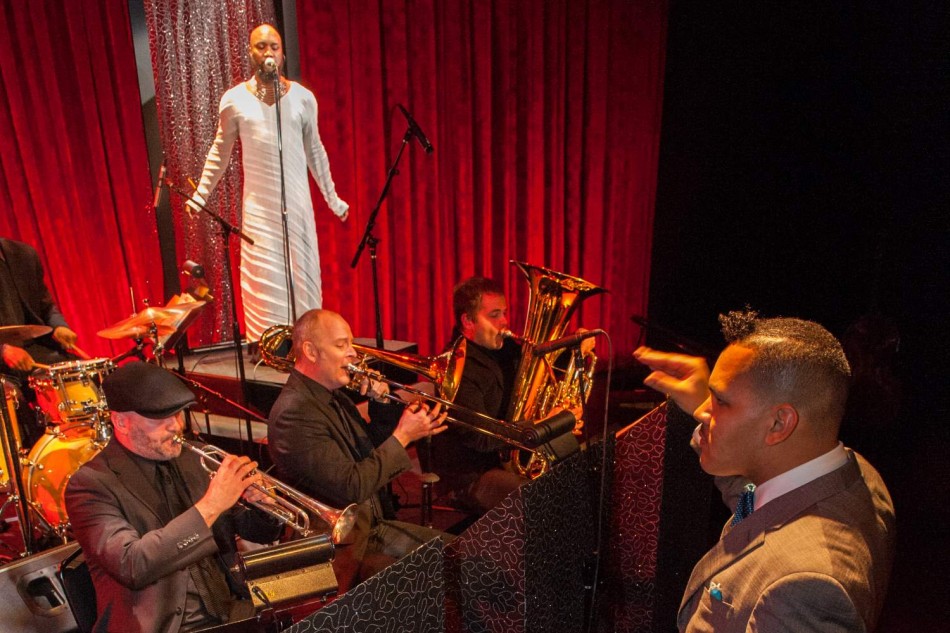 The Public Theater has once again showcased a talent that bends musical convention.  Part of the Under the Radar festival, Now I’m Fine is a pop opera from Seattle-based talent Ahamefule J. Oluo, who has collaborated with Macklemore and Das Genius, among others.

The show reminds me of Lin-Manuel Miranda’s achievement with Hamilton: an odd topic, a supposedly unstageable musical. We all know how that is playing out: the hottest thing on stage in years. The Public Theater has a knack for championing this type of work. Now I’m Fine even plays in The Newman Theater, where Hamilton debuted. Like Hamilton, Now I’m Fine is original, innovative, and fascinating.

In the show, Ahamefule J. Oluo shares his whole, harrowing autobiography. It’s a wild ride : a white, Bohemian mother, abandonment by a Nigerian father—and himself a father at the age of 19 who chooses to have vasectomy at 22.

From the moment Mr. Oluo takes the stage, his presence and delivery is commanding. From the patter about his life to his animated conducting of his tightly crafted compositions, it is easy to get completely immersed in his story. In lesser hands this subject matter could come across as maudlin or self-indulgent. It certainly does not here.

Mr. Oluo surrounds himself with a first-rate 17 piece orchestra. His further ordeal— with an autoimmune disease—is conveyed through stand-up monologues and chromatic singing from the singer Okanomede. Watching Mr. Oluo bounce from conducting the orchestra to playing the piano is a transformative experience, as he chronicles both heartache and triumph. His message is clear: what he’s good at is bouncing, keeping it all together. 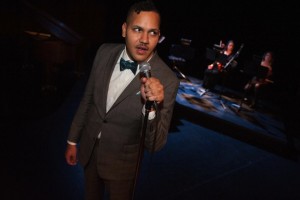 The music is highly chromatic, with rising vocal lines that perfectly convey an upward journey. Mr. Oluo suffered abandonment, bullying, and rejection even before developing a terrifying skin disease that caused him to lose pieces of his skin. He could not mouth his trumpet for months on end. He was put on opiates and didn’t know if he would ever recover. His trumpet had been his bread and butter. Through all this, Mr. Oluo’s music never shows weakness. His very straightforward approach to his story even encourages the audience to laugh with him at the absurdity of such suffering.

Sometimes, the show’s momentum does slow down. There could be some trimming in the various musical interludes within the songs. This show has a whole lot to say, so this is understandable; when there is a powerful musical motive, it is easy to elaborate for measures on end. Still, there are places where the music simply could have been resolved faster.

Nevertheless, incorporating musical interludes, the patter and the theme of being in a “fine” state of mind, Mr, Oluo gives a very polished and endearing performance. When he picks up his trumpet in the penultimate composition, the culmination of his journey is clear. Clearly improvising, his tone and mastery of the instrument prove that the darkest days of his disease and personal woes are behind him. That is when the pathos and journey of his life is two-fold. No words can this deeply illustrate what Mr. Oluo has been through. The horn speaks for itself!

The best part about leaving this show is that Mr. Oluo gives away CDs of the music. I have been listening to the music ever since, reveling in the orchestrations and cadences, able to really understand the words. I do hope there is another life to this piece. I really think it deserves a broader audience. The translation of Ahamefule J. Oluo’s first name “Ahamefule” is “Let my name not be forgotten.”  I, for one, certainly will not forget.

The Under the Radar Festival ran at The Public Theater from Wednesday January 6 through Sunday January 17. Learn more at www.publictheater.org  You can find more information about Ahamefule J. Oluo, including a performance calendar at www.nowimfine.com 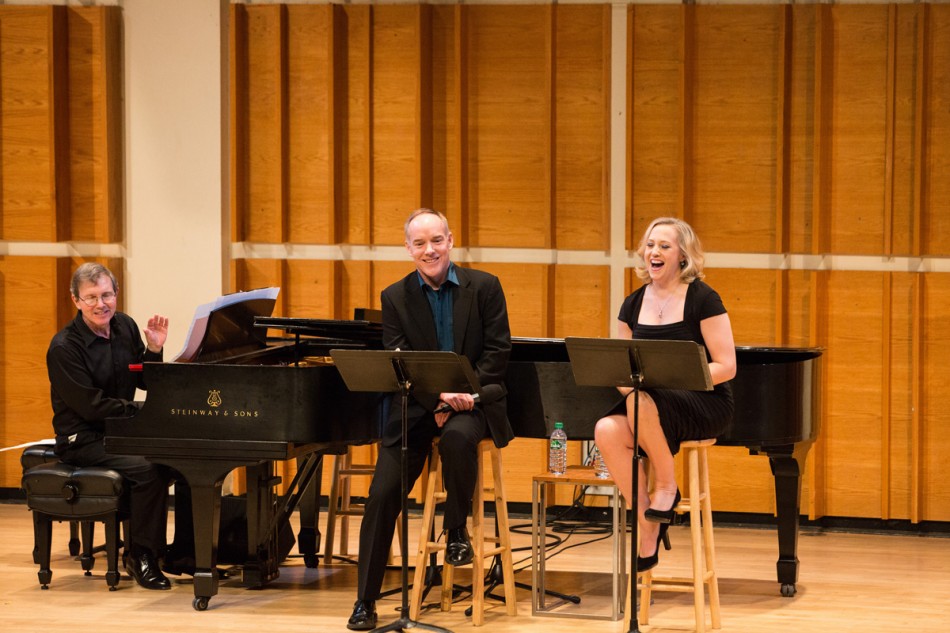 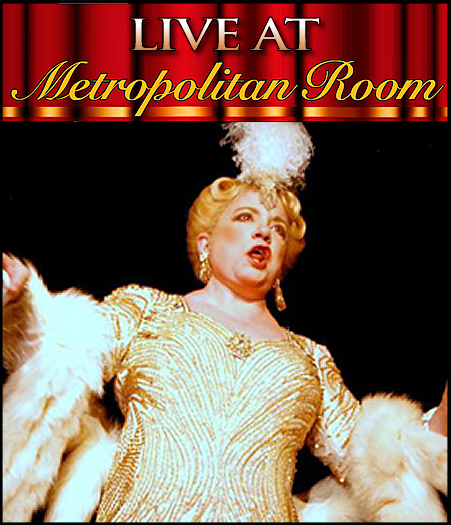 Sharon McNight Brings a Legend Back to Life 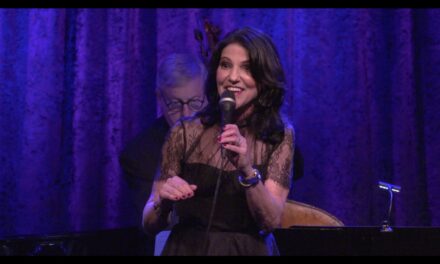 Susan Mack – Music in the Air 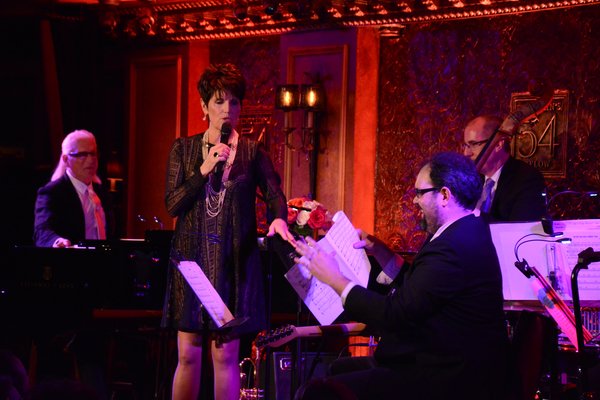