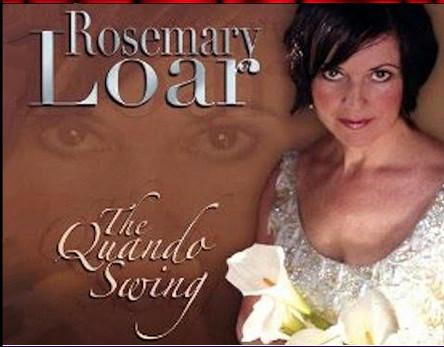 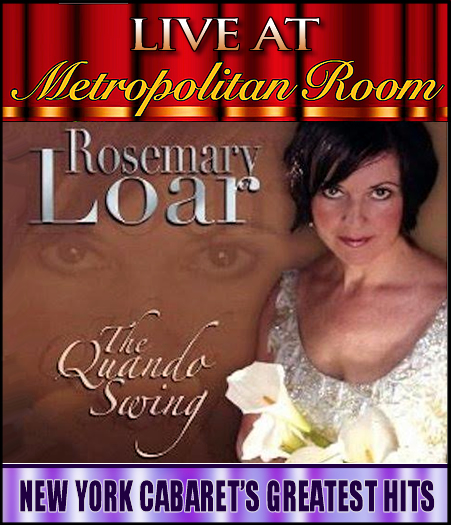 Once a month Stephen Hanks with his associate producer Fr. Jeffrey Hamblin, MD, is producing a series entitled “New York Cabaret’s Greatest Hits.”  The honoree this month was Rosemary Loar in a show entitled “The Quando Swing.”  Loar’s most recent show was the MAC nominee in the Special Production category for her “STING*chronicity.”For this night, Loar was reunited with her musical director/arranger Frank Ponzio on piano, and they were complemented by Saadi Zain on bass and Vito Lesczak on drums and percussion.  “Quando Swing” was originally performed in 2006 and her CD of that show was released in 2007.Most of us don’t realize that Loar is a classically trained soprano.  The title selection, performed mid-act, is “The Quando Swing” which merges the aria from La Boheme with Duke Ellington’s “It Don’t Mean A Thing” and when she goes into the scat and trills on the Ellington, it’s a thrilling revelation.  I had to compare her voice with Canadian jazz singer Adi Braun who is also classically trained and both of them do this type of classical scat singing. 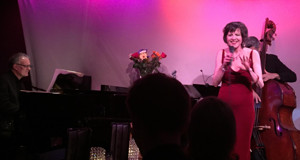 Loar opened with Kander & Ebb’s “Shine It On” from The Act and “Walking Papers.”  Because Loar’s voice is so different from Liza Minnelli’s and the tempo was different from the show’s, these two songs were not immediately recognizable.  She also did a sing along version of “Swinging On A Star,” getting the audience, which was full of MAC Award winning singers and writers, to make the animal sounds – – lots of fun.  She also re-invented Ellington’s “Prelude To A Kiss,” with wonderful work by Zain on his cello like bass.One of the great ballads in the act was “Remember (That You Did It First With Me)” which describes an ex lover making love to his new lover in very explicit terms but advising him to “Remember that you did it first with me.”On many of the selections, Loar writes her own original lyrics.  One of her unusually sexy ones is “Since I Fell For Ice Cream” which makes all those innocuous ice cream descriptions sound quite dirty!  Of course, the audience loves it as well as Nellie McKay’s “I Want To Get Married.”In the middle of the act, Loar and Ponzio introduce a medley from hell that took them months to put together.  It is a series of windows songs beginning with “How Much Is That Doggie In The Window” and includes “Open A New Window,” “Blowing in the Wind(ow),” “Go ‘Way From My Window,” and dozens of others.  I have to say that despite the rapid-fire changes I was able to understand every lyric because Loar’s diction is so perfect.Two great ballads were “The Wrong One,” a song David Friedman wrote for her (with Muriel Robinson), and her take on Annie Lennox’s “Cold.”  Then her penultimate number was Count Basie’s “One O’clock Jump” with lyrics by John Hendricks that even Annie Ross doesn’t do anymore!  Loar swooped all over the highs and lows and scats without pause including the sensational finish!Yes, Loar did an encore after her Thanks You’s.  It was a simple, deconstructed version of the Academy Award winning song “When You Wish Upon A Star,” (Washington/Harline) which brought the evening to a lovely end.“New York Cabaret’s Greatest Hits” produced by Hanks and Hamblin continues with Laurie Krauz’s 25 Years with Musical Director Daryl Kojak on Friday, May 13, Barbara Porteus “Up On The Roof” on Monday, June 13, and future shows will feature Maureen Taylor’s Bob Merrill Show and many other famed cabaret acts from the past.  Stephen Hanks’ “Don McLean:  Story Teller” repeats Thursday, April 28 at 7 PM.  For reservations for these shows call The Metropolitan Room (212) 206-0440.