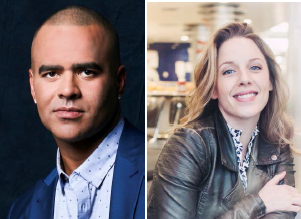 On April 21, 2017 at 8:00PM, The New York Pops, led by Music Director Steven Reineke, will continue its 34th season at Carnegie Hall’s Stern Auditorium/Perelman Stage, by bringing to life the soundtrack of a generation, including songs by James Taylor, Carole King, and more. The concert will feature the full 78-piece New York Pops orchestra performing new orchestrations of classic songs, performed by Broadway stars. Christopher Jackson (Hamilton, The Lion King, In the Heights) joins the previously announced Will Chase (Something Rotten, Smash), Jessie Mueller (Waitress, Beautiful: The Carole King Musical), and Adrienne Warren (Shuffle Along, Orange is the New Black).

The orchestra will continue its year-long celebration of the 25th Anniversary of its flagship education program, Kids in the Balcony, by inviting 100 children from New York City partner schools to attend the concert free of charge. These students will receive customized workbooks and a pre-concert visit from a Teaching Artist. The program has served more than 60,000 children since it began in 1991.

The New York Pops celebrates its 34th Birthday with its Gala concert Something Wonderful: The Symphonic Spirit of Broadway on Monday, May 1, 2017, at 7:00PM at Carnegie Hall’s Stern Auditorium/Perelman Stage. The concert will celebrate Music Honorees Kelli O’Hara and Bartlett Sher for their iconic contributions to the canon of modern musical theater and Corporate Honoree Karen van Bergen, CEO, Omnicom Public Relations Group for her commitment to the arts and arts education.