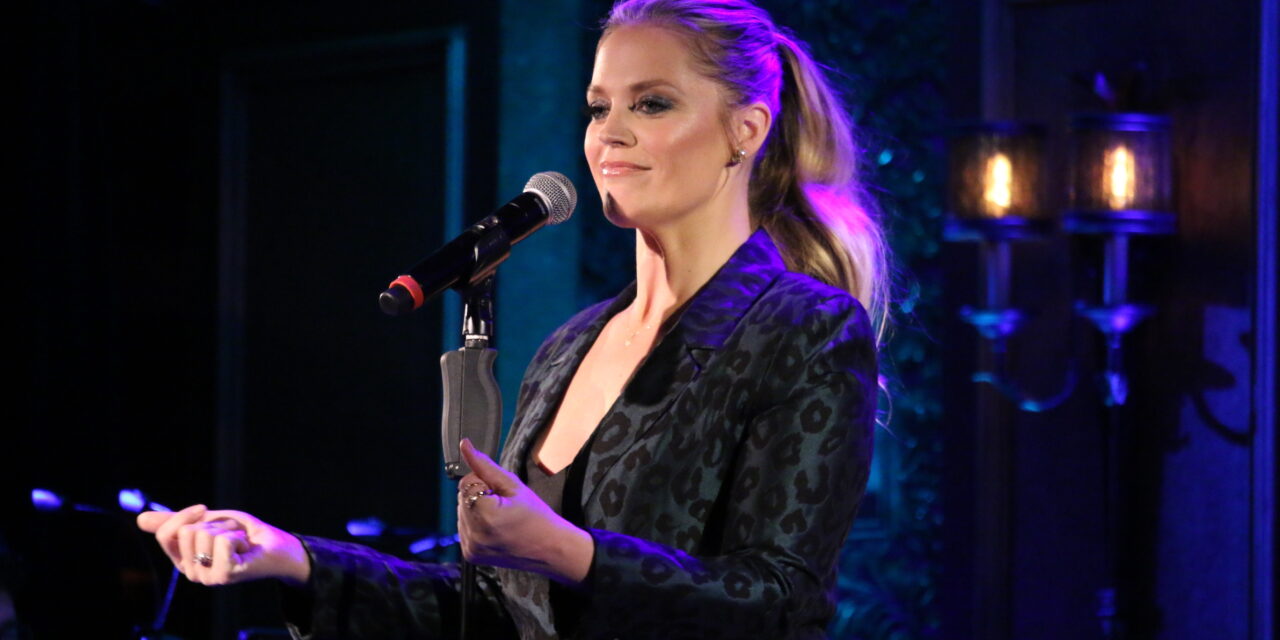 Broadway favorite Elizabeth Stanley headlined The New York Pops Underground cabaret performance on Monday, September 19, 2022 at 54 Below, performing selections from The event begins with a champagne reception at 5:30pm and performance by the PopsEd Alumni Ensemble, followed by Elizabeth Stanley taking the stage at 6:30pm singing selections from Songs for a New World, Bridges of Madison County, Jagged Little Pill, Company, A Little Night Music, and more.

The event began with a champagne reception at 5:30pm followed by the event program and performance at 6:30pm, accompanied by a dinner with wine pairings. New York Pops Music Director and Conductor Steven Reineke hosted the evening.  The PopsEd Alumni Ensemble offered up some glorious music during cocktails. Videos were shown with Steven Reineke speaking about the PopsEd programs that are so vital to support music education, especially for youngsters. Elizabeth Stanley looked stunning in a black on black pant suit with leopard print as she sang many favorites for the supportive audience. She was accompanied by talented musicians Andew Resnick on piano, Justin Goldner on guitar, Rob Jost on bass and Jared Schonig on drums.