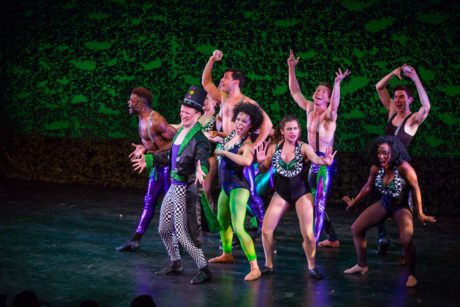 The New York Musical Festival (NYMF) is an awe-inspiring event. Since 2004, NYMF has mounted over 400 fully produced full-length musicals and brought them into the public eye will full force. Let’s see how the present measures up to the pedigree. 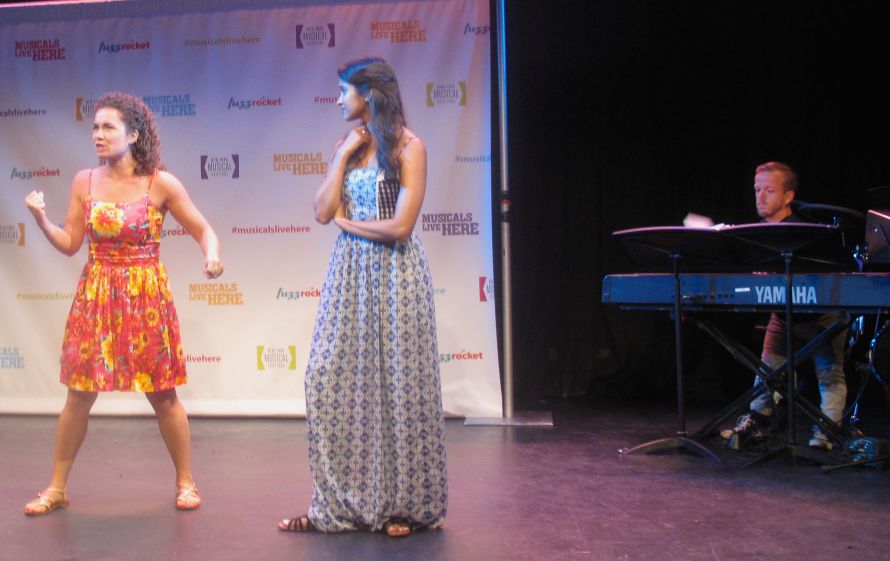 Tink! comes fresh from its yesteryear world premiere by StageRight Theatre (Greensburg, PA). Set in a pre-Peter Wonderland, we follow the title character in a coming-of-age story set against backdrops of familial responsibility, the desire to fit in and—the crux of the show—an unexpected romance with a young James. Whicleads up to his transformation into the vengeful Captain Hook.

The cast features talents of all ages. Elly Noble as Tink is a vocal force to be reckoned with, and she makes a fantastic turn from childhood innocence to resolute independence. Her all-age, six-person fairy family presents some of the tightest comedic moments of the night. Co-choreographed by Danielle Marie Fusco and Rachel Klein, the ensemble numbers showcase some of the absolute best dance in the festival.

Costume Designers Tracy Angelo and Lynn Rusnica are well deserving of praise for their outfitting of Wonderland. Ensemble costumes awe as the stage switches between fairies, pirates, lost boys, Indians, and more with an aesthetic awe. Lighting Design by Jamie Roderick accents in synchronicity with the costumes and choreography. Keep an eye out for Tink!  . . . it has Broadway in its sights. 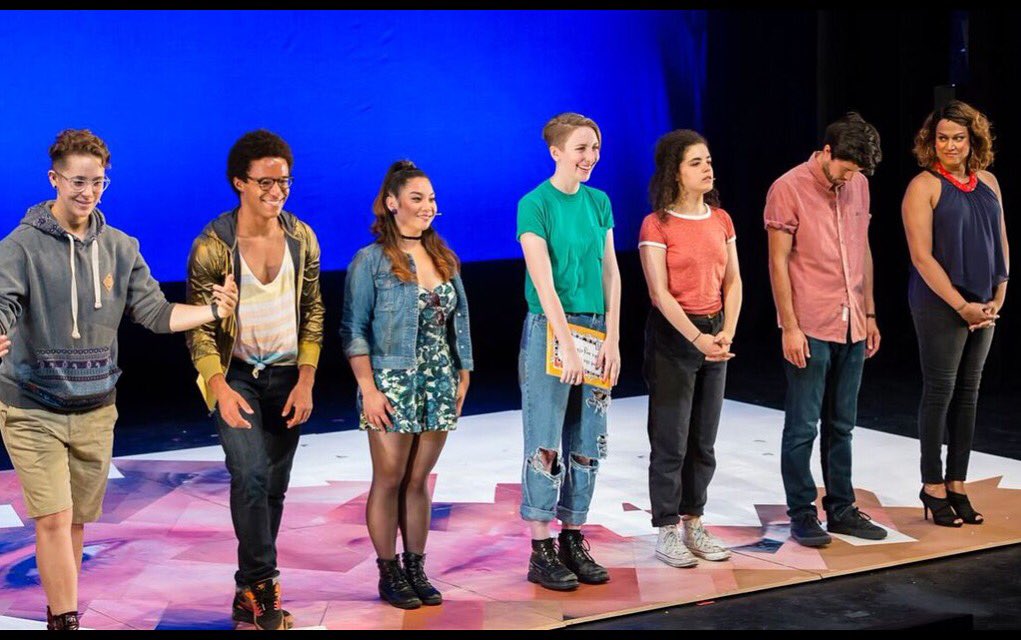 Normativity follows the story of Emily, a fictional character who’s come to life in order to confront her author and change the ending to her own story. Exploring the life of LGBTQ+ teens, it features a small cast of beautifully atypical characters.

Jaime Jarrett’s smart lyrics (with great lines like “Glorifying pain is the new black,” and “I’ve never belonged, but I’m still here”) texture the evening and intertwine with their own book and music well. Under the direction of Mia Walker, Normativity is a brave and no-nonsense exploration of identity and the necessity of diverse and formative role models for all. 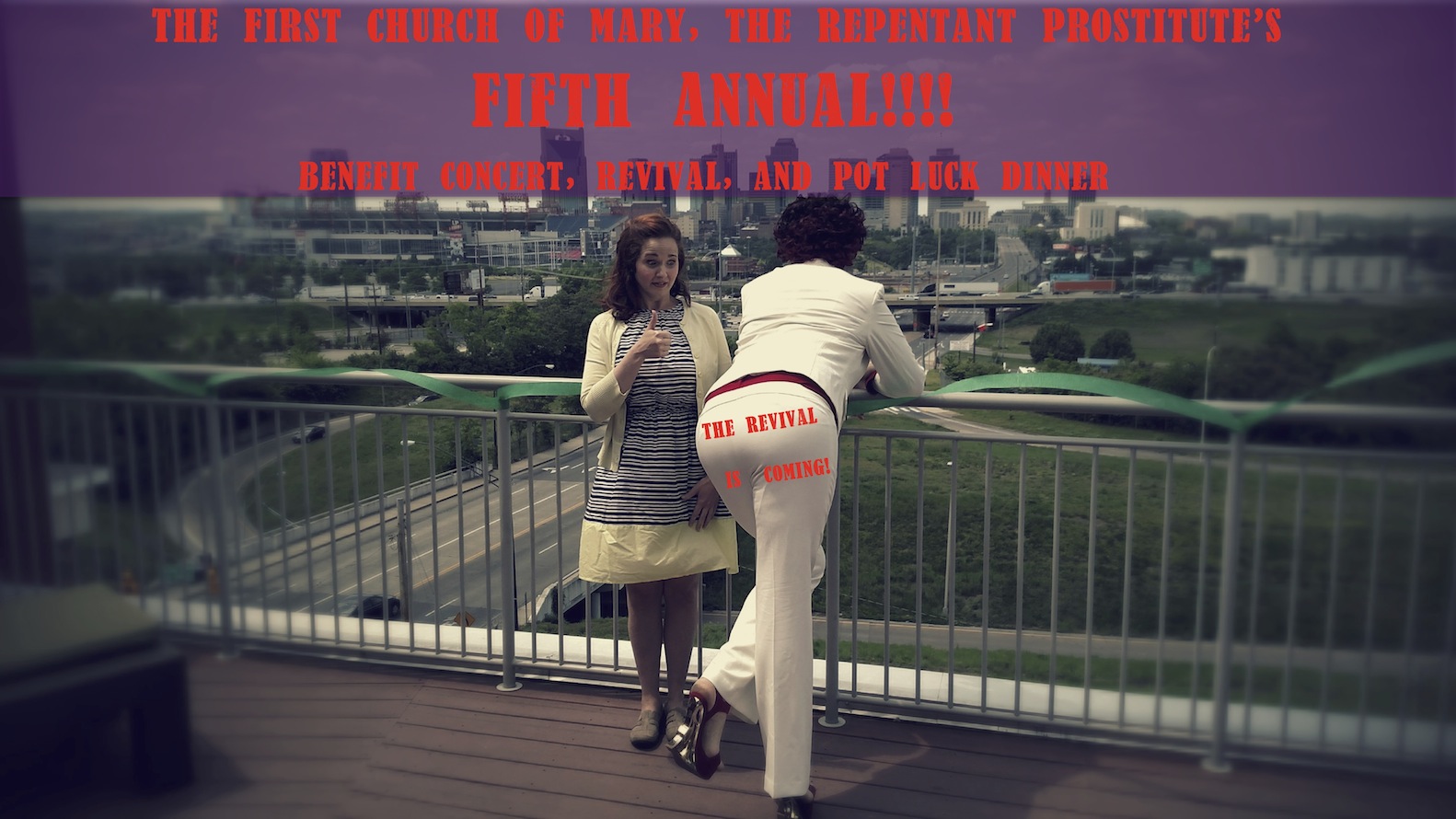 Straight outta Nashville comes a bulldozer of a production. The First Church of Mary, the Repentant Prostitute’s FIFTH ANNUAL!!! Benefit Concert, Revival, and Pot Luck Dinner (or TFCoMtRPFABCRaPLD for, uh, short) is the lovechild of Geoff Davin (Book/Lyrics/Music). Geoff stars as Adamenses Huckster, a dominating mega-church leader with a cruel temperament perfumed with southern charm. From high-energy spirituals to Catholic-guilt ballads, the show’s structure is as strong as Geoff’s calves in those high heels.

Adamenses’s spotlight-hogging contrasts beautifully with the rest of the cast. Brooke Leigh Davis (Luwanda Johnson), Jennifer Whitcomb-Oliva (Ruwanda Johnson), and Rosemary Fossee (Shelly Braithwaite) are fierce as the three-piece choir. Megan Murphy Chambers as Charlotte is the true crux of the show, standing up for her independence in a beautiful and sincere turn.

The seven-piece church band plays a role onstage, as their guitarist (Michael San Miguel) is continuously (and hilariously) accosted by the titular worship leader. Direction (and choreography) by Martha Wilkinson brings The First Church…Dinner to life, and leaves you wet in the eyes when you least expect it.