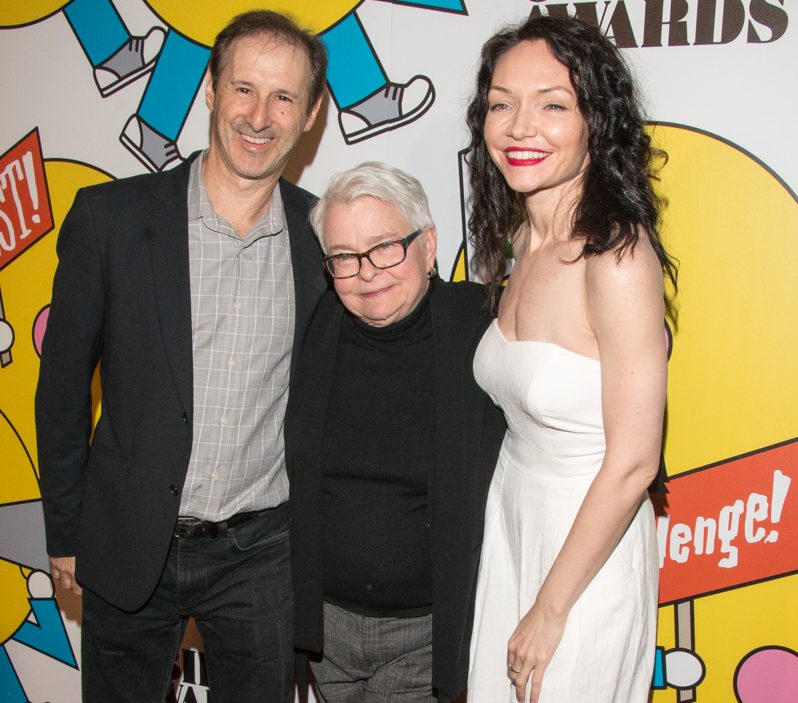 The evening’s festivities, which were live-streamed on the official Obie Awards Facebook page www.facebook.com/ObieAwards, also included an opening number featuring Obies host Lea DeLaria. In addition, special performances were given by Katrina Lenk who performed “Omar Sharif” from The Band’s Visit; Kecia Lewis, Austin Reed Alleman, Jessie Shelton, Storm Thomas, and William Youmans who performed “There’s Only What I Know” from The Skin of Our Teeth; The Fantasticks’ Daniel Bellomy who performed “Try to Remember” as part of the In Memoriam; and a rousing finale “Let the Sunshine In” honoring the 50th Anniversary of Hair performed by Lea DeLaria, Obie Award winner Daphne Rubin-Vega, and Lena Hall.

Arin Arbus, The Skin of Our Teeth (Theatre for a New Audience)

Kecia Lewis, Marie and Rosetta (Atlantic Theater Company) and The Skin of Our Teeth (Theatre for a New Audience)

Michael Urie, Homos, or Everyone in America (Labyrinth Theater Company)

Theatre for a New Audience