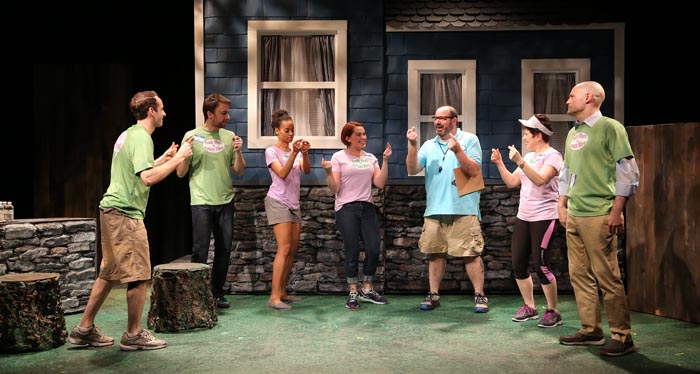 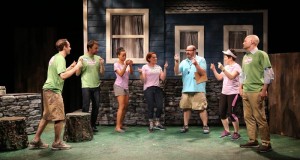 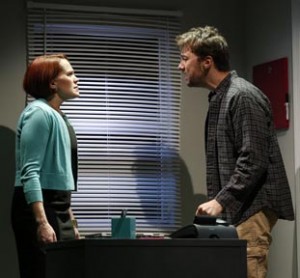 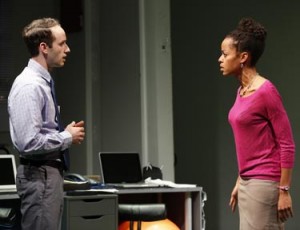 These days, far too many headlines call out racism we should’ve put behind us decades ago. That office politics stemming from bigotry should still be a subject ripe for examination is a shameful reality. Perhaps the biggest change from post-civil rights era film/theater is the common appearance of liberalism which often masks unacknowledged or even unconscious prejudice. How does one rid oneself of the perpetuation of dangerous “types?”? How does someone who’s experienced a lifetime of slights small and large not read in and/or overreact? Human Resource Departments must be as ready to deal with this issue as that of sexual aggression in its myriad forms. The premise here is apt.

The remark that tips the apple cart at a women’s health magazine is made by Bruce (Carson Lee), its cocky, chauvinistic, chief ad salesman. After several weeks of friendly overtures by the mild mannered Len (Josh Doucette) towards the attractive and divorced Tonya (Patrice Bell), new assistant to the editor, she tells him about her son. The teenager does well in private school, but has a caregiver due to ADHD (attention-deficit/hyperactivity disorder) and is, that day, of particular concern. Bruce overhears and asks whether/assumes that the boy’s been arrested. Tonya is black; in fact, the only black employee. Her back goes up like a mother lion.

When she takes her grievance to boss Karen (Maria Wolf), the magazine’s tough, efficient editor suggests it was probably a joke. Cognizant of her responsibilities and the possibility the crack was correctly interpreted, she tells Bruce he must apologize. Bruce accuses Karen of falling prey to “white guilt” and reminds her of his value. The apology goes predictably wrong. Tonya seethes. Because new admirer Len didn’t defend her, he too suffers the fallout. “How would you feel if Bruce made an anti-Semitic comment?!” Tonya asks, garnering an educated but frustrating response that discerns between extent of insults.

They do, however, provisionally make up.

A secondary story involves the marriage difficulties of husband and wife employees, Greg (Philip Guerette) and Ingrid (Molly Lovell.) Greg was a rock musician (and still dresses like one) until Ingrid determined he lacked ambition and insisted on a real job. He’s miserable. They’ve grown apart. She’s having an affair…with Bruce. You can see how this might affect things.

Tonya begins to gather research to support a law suit. (On the basis of a single incident this seems unlikely making the show’s core less than solid.) Len, once an attorney, warns the burden of proof is hers, that Bruce is admired in the industry, that lawyers will dig, perhaps questioning custody of her son…undecided, she nonetheless registers her complaint with H/R.

In Act II the group converges at an upstate inn & spa on a diversity cooperation retreat. They wear “Teamwork is Dreamwork” t-shirts and participate in spot-on, trust/acceptance exercises lead by the ever genial Marcus. (Nicholas De Silbo ably manifests the sweet, patient, well trained counselor with low key skill.) Every detail of this environment is ten times more specific and engaging than our time in the office. Individual history is shared, relationships resolve, and Bruce’s own experience with prejudice is revealed. (Don’t expect major surprises. This works because it feels genuine.)

Office Politics is way too long. Except for the incident, Act I consists entirely of set-up that could be established in a more economic fashion. The only character I cared about was poor, cuckolded Greg who honestly loved his wife. (Actor Philip Guerette is credible throughout offering a natural, low key performance with feeling.) Except for Tonya’s compulsively expressive hands and sharp wariness, the stage is without character definition. (Patrice Bell as a believable Tonya almost manages to make the assistant’s pride, anger, and determination viable despite scripted reaction being wildly disproportionate.)

Not a single other member of the company has a personal take on movement, mannerisms, or speech. I suspect these are not bad actors, but handicapped by cliché, much of the company only intermittently steps up beyond spoken words. Direction (Aimee Todoroff) Doesn’t help. Only retreat exercises show imagination.

William Farmer’s Set Design exhibits some great elements, but… Rubber ball (ergonomic) office chairs and platform offices that make good use of the space in Act I don’t make up for a complete lack of personal items on desks or in the kitchen. Transition from office to Inn is clever. A dream catcher, wind chimes and Namaste sign effectively set the new mood. 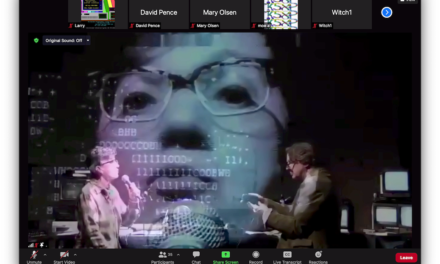 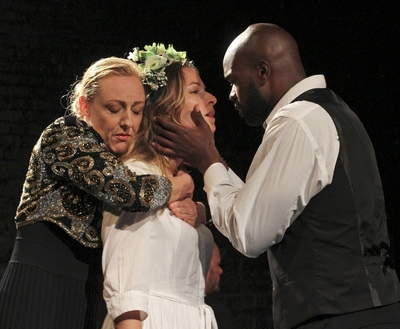 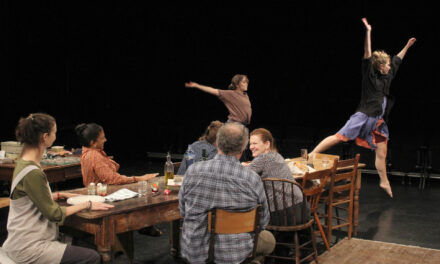 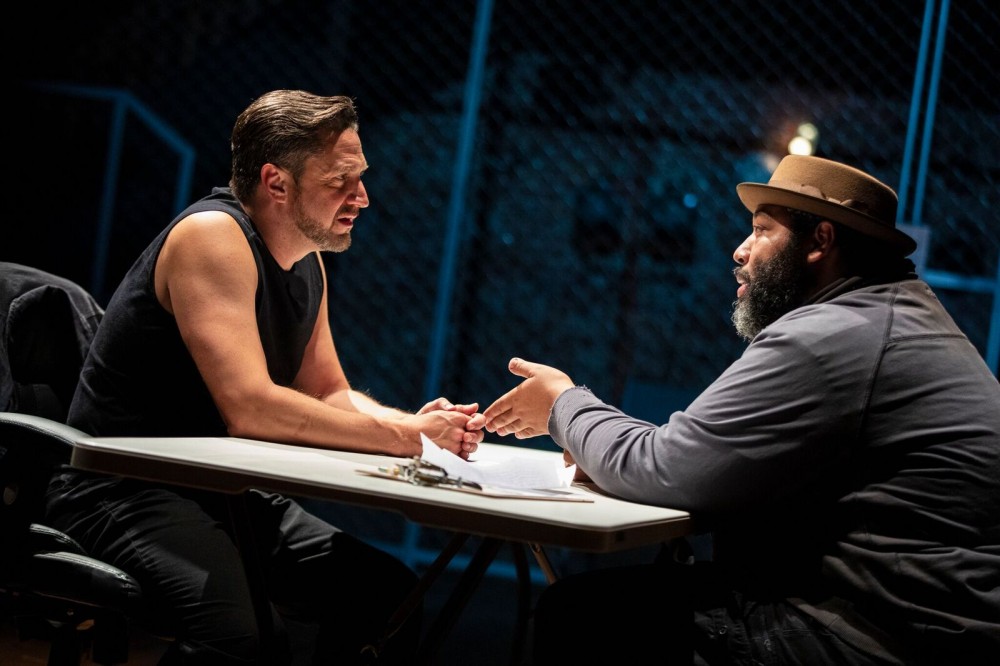