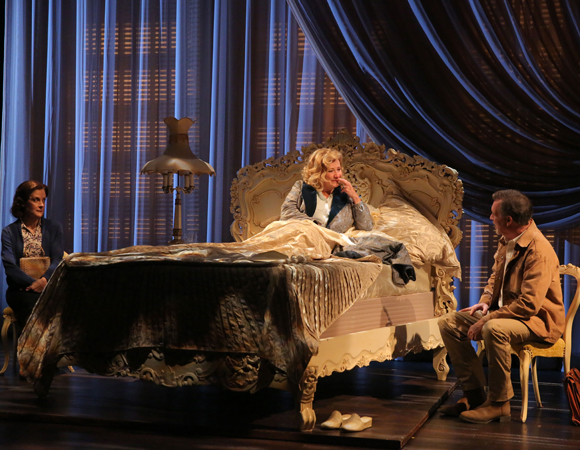 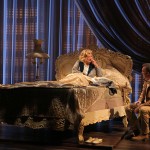 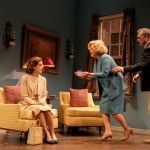 Pulitzer prize winner Horton Foote is a wealth of Texas small town survival, emotional upheaval and jealousies. Under the superb guiding hand of director and Foote specialist Michael Wilson (The Trip to Bountiful), the winning cast including Tony winner Betty Buckley as the always inebriated Gertrude ready to strangle Julie Price (the sassy, sexy Veanne Cox),both vying for the affections of Howard Ratliff,  played by Cotter Smith, feelings run deep, heavy and loud.  Booze and unrestrained tempers are rampant, as this both sad and humor-filled story unfolds.

Julie is a swinger, with a hostile attitude toward her dull, inebriated husband Albert (Adam LeFevre). They live together in a house with her mother Mamie (a delectable Lois Smith) whom Albert despises.  When Mamie’s sister-in-law Sybil (Hallie Foote) arrives without her husband (who met an untimely death at the airport), past romances bloom between her and Howard.  But the greedy and needy widow Gertrude has her claws into him using her wealth to keep him at her side as her land manager.  As she perceives the relationship growing between Sybil and Howard, she will stop at nothing.

We root for Sybil, whose emotions run deep, in her quiet lady-like manner and are ready to applaud her when she finally unleashes the justified anger against the drunken outbursts of the devious Gertrude. Betty Buckley and Hallie Foote are at the top of their game here.

Money and power wield a mighty sword in this production by the Signature Theater with winning performances by the cast that includes Sean Lyons as the young playboy Tom Underwood and Melle Powers as Catherine with Novella Nelson as Hattie.

The Old Friends has been extended to October 20th, Running time 2 hrs. 5 min. 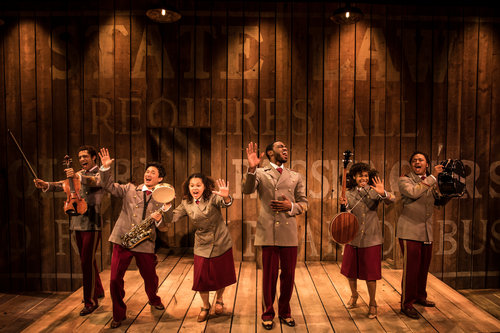 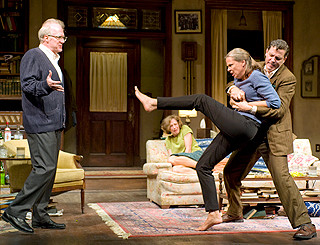