ONE OF THE GIRLS: KLEA BLACKHURST 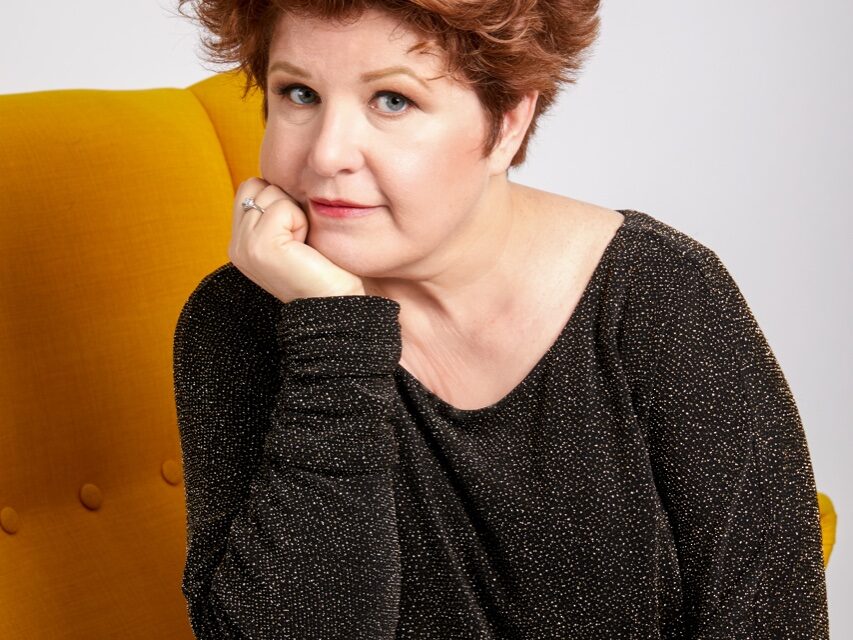 I couldn’t get that phrase out of my head (along with its allusion to Ethel Merman singing a Cole Porter song), due to my attending Klea Blackhurst’s “One of the Girls,” which she performed at Birdland. This wonderful actress/singer has made a career of essaying a number of the roles once played by the Merm, even going so far as to create a one-woman theatre piece based on the great star’s life and career. She also boasts a connection to composer/lyricist Jerry Herman, someone Blackhurst got to know late in his life, and to whom she dedicates her new show, lovingly directed by Mark Waldrop (someone with his own personal connections to Jerry Herman, having appeared in Hello, Dolly! when it was revived with Carol Channing on Broadway in 1978).

And I say old fashioned, because Herman wrote the type of songs that he lived long enough to see go out of favor… only to be welcomed back again. That was when, after three flawed and failed Broadway endeavors between 1969 and 1979, Herman gifted us with La Cage Aux Folles in 1983. After his twin smashes of Dolly! and Mame in the mid-sixties, Herman felt personally snubbed when other songwriters were critically embraced over him, such as Stephen Sondheim and John Kander and Fred Ebb. When he won a Tony in 1964, it would take twenty years for him to get back on that stage and accept another. It could have been because Herman always made it look so easy, as well as having taken on less difficult subjects to musicalize than Sondheim or Kander & Ebb. Happily, Blackhurst made a point in her show to compare Herman with Irving Berlin, an analogy that has always been apt and appropriate to my mind and ear. And the show that inspired Herman to become a songwriter was Berlin’s Annie Get Your Gun, which starred Ethel Merman, which brings things sort of full circle.

Seeing a show about Herman created by a Merman fan, I knew that one or both of the two songs he wrote specifically for Ethel as Dolly! would make their way onto the set list. When Merman finally played the role at the end of a long line of Dolly’s during the musicals’ record-breaking seven-year-run on Broadway, “Love, Look in My Window” and “World, Take Me Back” were added, giving the then-sixty-two-year-old Merman two new songs to the seven she already had to sing. Having personally experienced seeing Ms. Merman perform it from the Second Balcony when I was thirteen, I can tell you( with authority ) that Ms. Blackhurst gave the old gal a run for the money with her rendition of “World, Take Me Back” (beautifully arranged).

Which brings us to the musicians sharing the stage for “One of the Girls.” Aaron Russell on drums, Ray Kilday on bass and Michael Rice on piano, adding immeasurably to the evening’s entertainment. Celebrating Jerry Herman, stylishly performed along with charming patter and stories about the songwriter’s life and career, all in the capable hands of Klea Blackhurst was a joy; her close relationship with Herman yielding dividends all along the way. And don’t forget the songs! In addition to Herman’s big three mentioned above, there are selections from Dear World, Mack & Mabel and The Grand Tour. Above all else, the honesty with which the material is put forth would have made Herman proud. Sadly, he passed away just before the pandemic hit, at the age of eighty-eight. The world lost a treasure, but his memory and music are here to stay, especially with the incomparable Klea Blackhurst keeping it all so vibrantly alive.

Klea Blackhurst is performing “One of the Girls” October 20, 21 and 22 at 8:30 p.m. at Birdland, 315 W 44th Street, NYC. For tickets: https://birdlandjazz.com/event/klea-blackhurst-one-of-the-girls-the-words-and-music-of-jerry-herman/