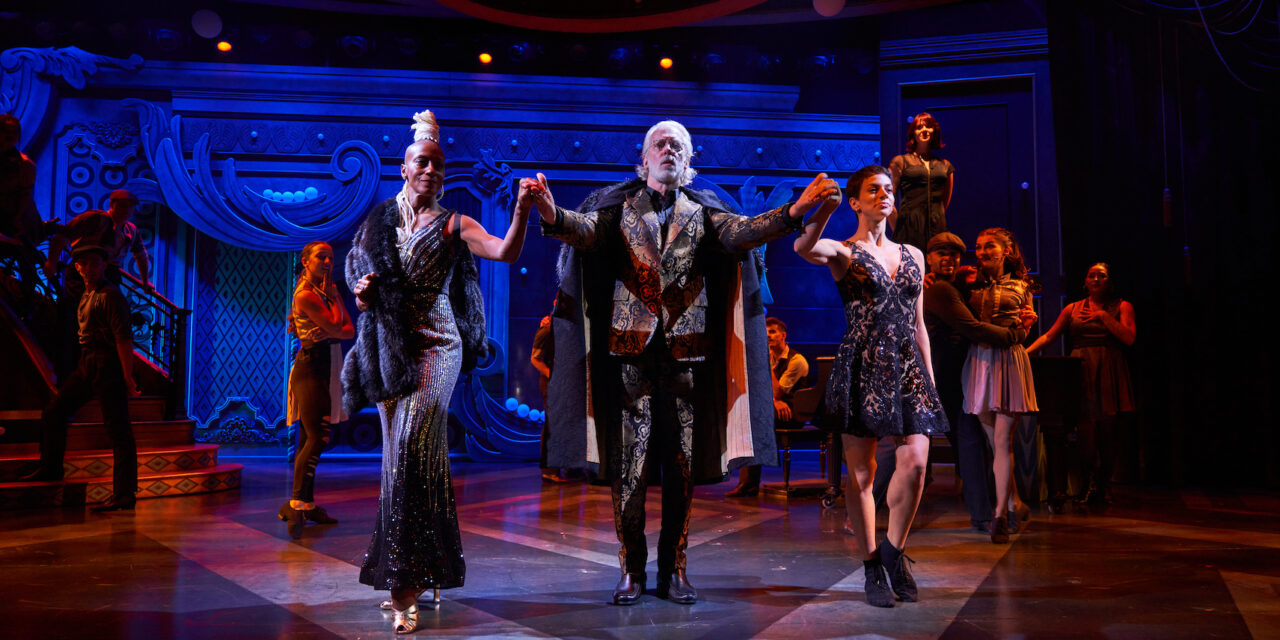 The first rule of musical theater is that in creating a show one must have a story that keeps an audience’s attention. With that said, it’s sad to report that even with an easy-to-follow and oh-so-easy-to-predict fable like the new musical Only Gold provides, it fails that task. In spite of invigorating and beautifully performed dances, with choreography by three-time Tony Award winner Andy Blankenbuehler (In the Heights, Hamilton and Bandstand), the major expenditure of energy is for naught.

Blankenbuehler, also the director and co-author of the show’s book (with Ted Malawer), has fashioned a scenario around the music and lyrics of Kate Nash, whose score is culled from fifteen years of her pop songs (though some are original songs as well). Unlike Movin’ Out (2002), in which Twyla Tharp constructed a well-conceived story out of the Billy Joel catalog, Nash’s songs hardly compare with Joel’s superior lyrical abilities and therefore can’t provide anything in the way of forward movement to the storyline to which Only Gold confines itself. There’s no dichotomy to be found in the generic lyrics, nor the specific ones created for character, which is a definite problem.

Presented by MCC Theater at the Newman Mills Theater, David Korins’ unit set comes close to stealing the show. Invoking 1928 Paris, the stage is awash in lovely lighting (designed by Jeff Croiter), with very little in the way of props (most are mimed), and what little there is of Anita Yavich’s costumes, they are quite attractive. This adds to the fairy tale aspect of the piece, which goes a long way towards not piling on too much since, like Charlie Brown’s Christmas tree, one additional ornament would make it fall over from too much weight. The plot concerns itself with the king of a fictitious monarchy (Terrence Mann) who is marrying off his rebellious daughter (Gaby Diaz) to a suitor in whom she shows no interest (for good reason). Along with the queen (Karine Plantadit), who is none too happy with the king at the moment, they arrive in Paris to buy up everything rich and beautiful to ensure the wedding back home is a success. In an effort to cheer up his queen, the king goes to the trouble of tracking down a jeweler who once outfitted her with a cherished piece (now lost) they bought together on a Paris trip, only to discover the shop has transformed into a watch repair business, run by the jeweler’s son Henri (Ryan Vandeboom). Henri wants nothing to do with his father’s profession, as his father’s apparent devotion to his craft ruined the family financially. However, he becomes immediately convinced by the king that he shares his father’s gift and must reproduce the necklace. If this storyline excites you, then you will be enchanted; but if not, then you will be stuck, as was I.

It’s always a pleasure to see Terrence Mann (still strong past seventy) on stage again. He has the rare distinction of creating roles in three of the longest running musicals in Broadway history: Rum Tum Tugger in Cats; Javert in Les Miserables; and the Beast as in Beauty and the Beast). His King stands ramrod straight and imperious, though always in touch with his heart and mischievous sense of humor. That the show gives him so little to sing is one of its many missteps. Most numbers are almost exclusively handled by the chorus and a narrator, played by the composer herself. Nash indeed has a nice presence, with her English accent a pleasant diversion; but there’s no part written to play, and she’s reduced to standing around a lot. As the Queen, Karine Plantadit is striking and a glorious dancer (she was, in fact, one of the standouts in Tharp’s Movin’ Out). Her piece in the first act under a bedsheet is the production’s creative highlight.

Blankenbuehler is a major talent, so it gives me no pleasure to say that the show would have been better off as an evening of dance than for him to try to create a musical out of what he and Ted Malawer conceived. In a recent interview in the New York Times, Nash described Only Gold as being about “having the courage to follow your heart.” A sweet sentiment, but that’s about as deep as this musical dares to go. Courage, especially now, needs more than that to reflect the mood of theatergoers who expect greater challenges in this turbulent second decade of the 21st century.