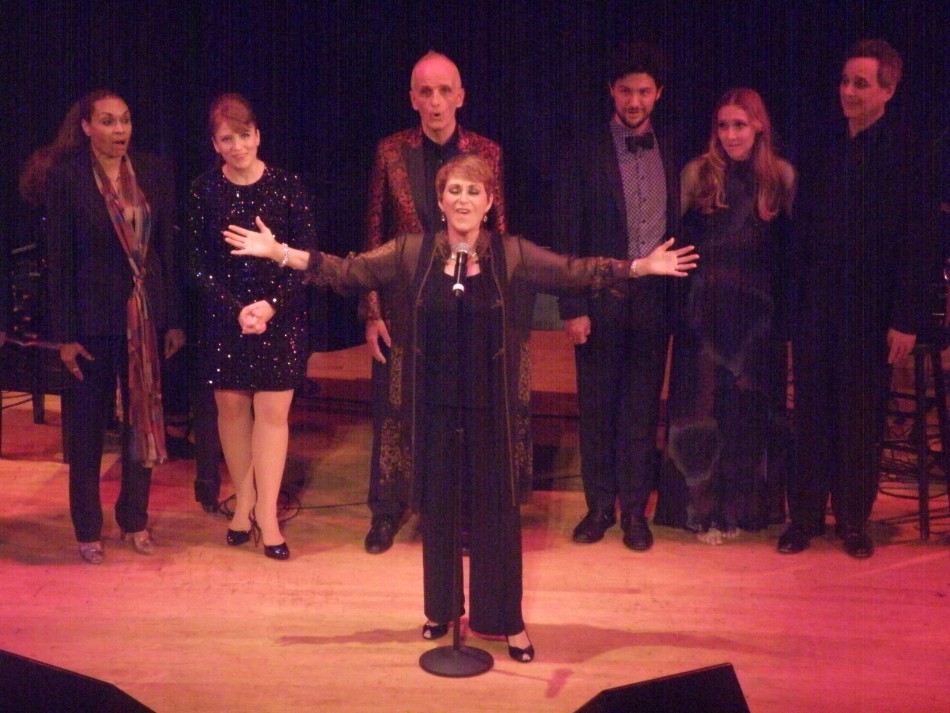 The Mabel Mercer Foundation’s 26th Cabaret Convention “Gala Opening Night” was held at Town Hall on Oct. 13th for four evenings with a wide array of singers, songs and musicians.

The “Gala Opening Night” began on Tuesday Oct. 13th, 2015, the first of four evenings of a marathon of singers, songs and musicians at Town Hall. The Mabel Mercer Foundation presents the Cabaret Convention each year, created in 1985 by Donald Smith, to “both perpetuate the memory and spirit of it legendary namesake and to promote public interest in classic popular song and the art of cabaret.” 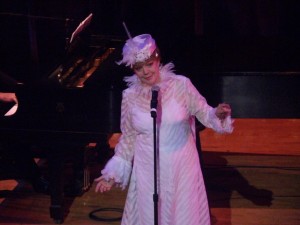 KT Sullivan, the Artistic Director since 2012, hosted the evening and opened the show wearing an over-the-top white gown with feathered hat designed by George Halley, and performed a terrific medley of Cole Porter’s “Another Op’nin, Another Show” with Berlin’s “There’s No Business Like Show Business” accompanied by Jon Weber on piano and Jered Egan on bass. 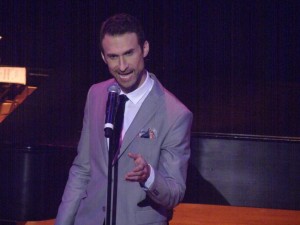 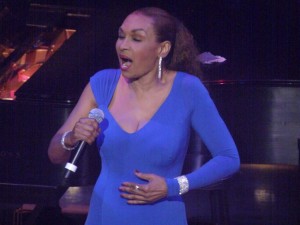 The show was terrific on many levels, but uneven as well, as this is the nature of an event with so many different types of performers. It always surprises me when singers, given an opportunity to showcase their talents and gain a wider audience, choose material that doesn’t always show them off to their best advantage. Most are told to sing two songs (although some sang only one) and since this is “entertainment,” it should be different types of material and never two ballads in a row – two dramatic ballads back to back. It surely is more effective singing a lighter tune to contrast a ballad and display a different side of personality. 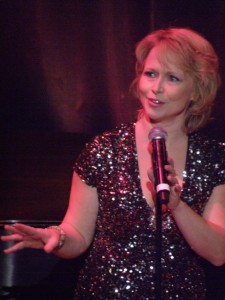 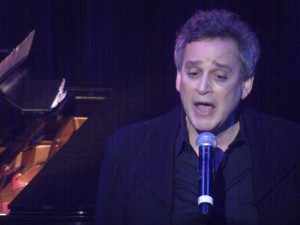 There were many outstanding performances and here are just a few of the highlights: The one and only Sidney Myer deadpanned “No Ring One Her Finger’ and left the audience clamoring for more. Christine Andreas, always remarkable, sang a tribute to Edith Piaf and acted out “M’Lord” and slowly singing “I Love Paris” sliding into a thrilling “La Vie En Rose.” Stefan Bednarczyk, a fixture on the London Scene since 1983, sang and played an exceptionally amusing version of Coward’s “A Bar on the Piccola Marina.” Kristoffer Lowe, was given the Julie Wilson Award ( a surprise ) and scored with a fun “Money Medley” – (“We’re in the Money/With Plenty of Money and You”) and a dramatic “Impossible Dream.” 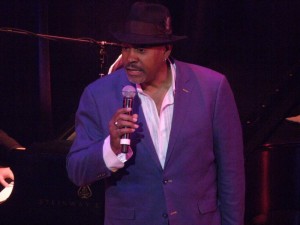 Allan Harris showed off his singing chops with Bart Howard’s’ “I’ll Be Easy To Find” and Strayhorn’s “Something To Live For.” The beautiful Karen Oberlin, in black sequins, sang tunes from her Elvis Costello Show, and Vivian Reed’s “God Bless The Child” was an audience favorite. The fabulous songwriter/singer Amanda McBroom was given the Mabel Mercer Award and performed two of her original songs. She introduced her husband George Ball (who had starred in Jacques Brel off- Broadway – which is where they met), and he sang a moving “Old Habits Die Hard.” Amanda brought the entire cast on the stage to sing her famous hit “The Rose” to close the evening.

For more info and tickets: www.mabelmercer.org