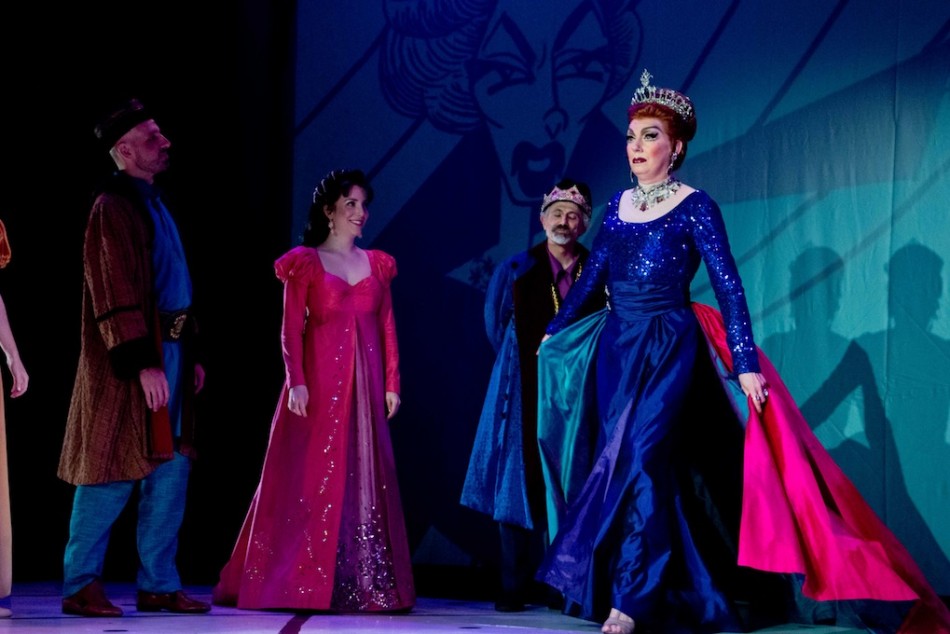 Sunday night, December 13  saw the opening night of Transport Group’s revival of Once Upon a Mattress at the Abrons Arts Center on Manhattan’s Lower East Side. Once Upon a Mattress was written by Jay Thompson, Dean Fuller and Marshall Barer with music by Mary Rodgers and lyrics by Marshall Barer. The production runs through January 3, 2013 at the Abrons Arts Center.

The production stars Jackie Hoffman as Princess Winifred and John “Lypsinka” Epperson as Queen Aggravain, and features Jessica Fontana as Lady Larken, David Greenspan as The King, Hunter Ryan Herdlicka as The Minstrel, Cory Lingner as The Jester, Zak Resnick as Sir Harry, Jay Rogers as The Wizard and Jason SweetTooth Williams as Prince Dauntless. This production is directed by Jack Cummings III, with scenic design by Sandra Goldmark and costumes by Kathryn Rohe.

Theater Pizzazz’s JK Clarke was on hand to photograph the red carpet and curtain call. See all the night’s activities in the photos below.

Click here to read Theater Pizzazz’s review of Once Upon a Mattress.