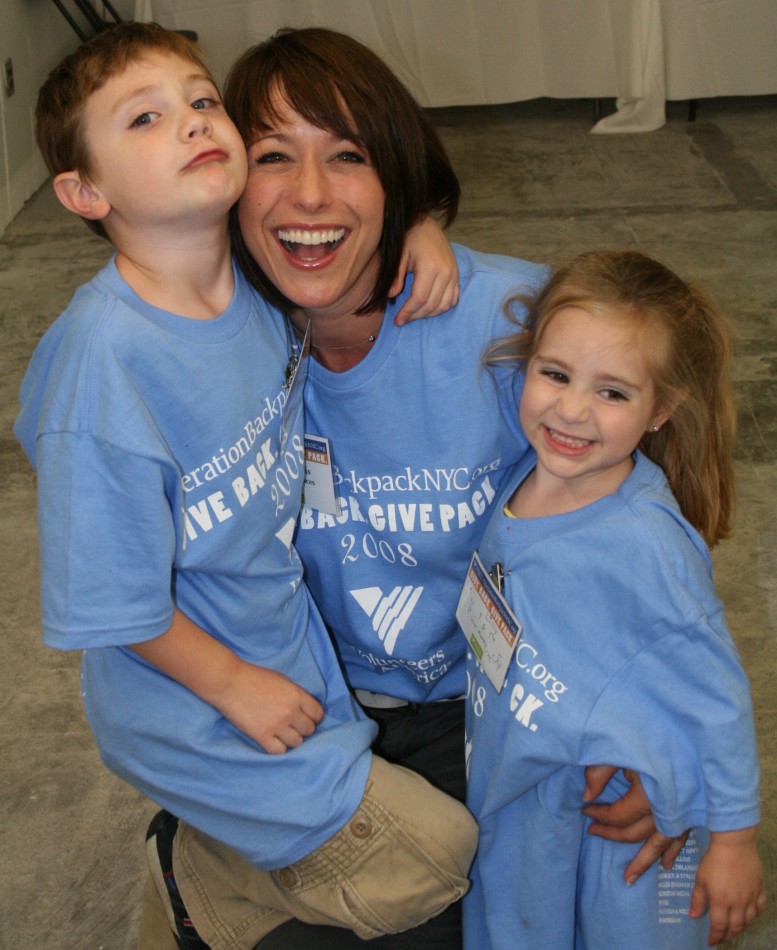 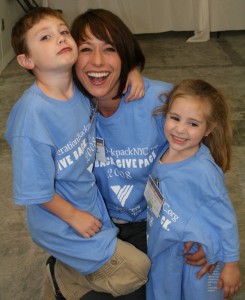 Broadway Actress Paige Davis has been spokesperson for OPERATION BACKPACK for the past 10 years. This year Volunteers of America-Greater New York (VOA-NY) gets ready for its annual drive to collect new backpacks filled with new, grade-specific school supplies for thousands of children living in NYC’s homeless and domestic violence shelters.

This kicks off Monday, July 13th and continues through Friday, August 7th. This year, with family homelessness at an all-time high, the organization’s goal is to outfit 20,000 New York City children with backpacks in time for the first day of the school year. www.OperationBackpackNYC.org.

Since it was introduced in New York City, OPERATION BACKPACK has steadily grown in response to the increasing number of families in homeless shelters. Although the campaign was started to meet the needs of the children living inVolunteers of America-Greater New York shelters, it has evolved to benefit children living in shelters run by other providers throughout New York City.

The average cost of a filled backpack is $81, an expense few families in homeless shelters can afford. Receiving a filled backpack gives these children the supplies they need to do their work, and allows them to go to school with more hope and confidence, looking and feeling more like their housed classmates and less like children in need.

Paige Davis, well-known host of TLC’s “Trading Spaces” and OWN’s “Home Made Simple”, and stage actor (Broadway’sChicago and Boeing Boeing) and recently the highly acclaimed Dancing Lessons) is a VOA-GNY Board Member and spokesperson for OPERATION BACKPACK. “Each year I am inspired by the enormous effort it takes on the part ofVolunteers of America staff to provide this important service, not only to the kids in their shelters but homeless children citywide. It is such a simple, practical way to help these children. You go to the store, select the perfect backpack, fill it with the supplies on the list VOA provides, and you know it will go to a child who rarely gets anything new. There is nothing more heartening than seeing the New York City community, and people across the country, contributing to this effort in support of children’s education. It’s an honor for me to participate in this much-needed program and see the first day of school for young students become one of the best days of the year for them.”

Last year, with the extraordinary support from 150 companies and other community partners,

VOA-GNY collected and distributed a record-breaking 18,400 backpacks to children in over 150 shelters across the city through OPERATION BACKPACK. It is anticipated that at least 160 companies and community groups will participate in this year’s campaign, with many new partners signed up to support this important effort.

Each year, thousands of members of the general public also contribute to the campaign’s success. This year, the public is urged to drop off a new backpack and/or school supplies at select Duane Reade and Walgreens stores in New York City from July 13th to August 7th. Details of participating stores and to print out a list or supplies for each grade can be found by visiting: www.operationbackpackNYC.org Financial support is also vital to the campaign; donations can be made at www.crowdrise.com/OperationBackpackNYC

Returning sponsor FedEx will donate its pick-up and drop-off services. On August 10, Fed Ex employees will transport thousands of backpacks from participating corporate drives to VOA-GNY’s OPERATION BACKPACK’s sort space, officially ushering in Sort Week. During this period, volunteers will sort the donated materials by grade level in time to ensure delivery to the children in shelters before the first day of classes.