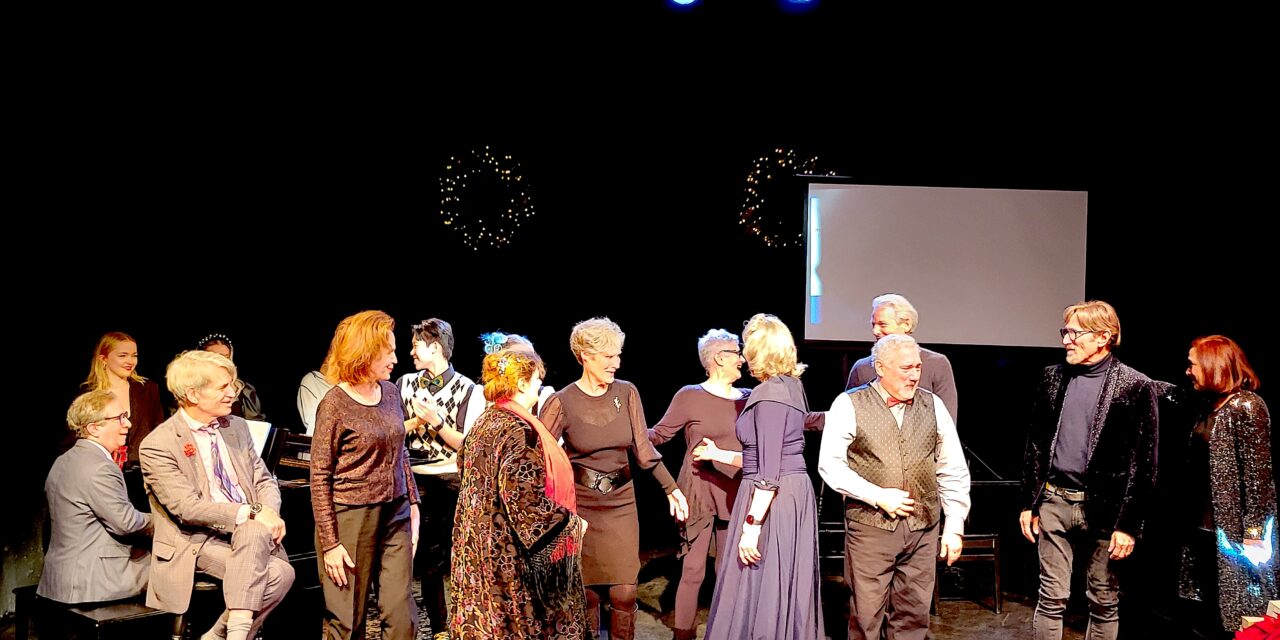 One of the most exciting programs was “Other Lives – The Story Songs of Michael Colby” with  a sterling cast of show biz veterans, and up and comers. Michael is a Lyricist (Charlotte Sweetand Tales of Tinseltown) and was inspired to put this 20 Song Cycle together during Covid to encourage artists to keep working. He wrote  the music with many composers including Andrea  Colby (his wife), Ned Paul Ginsburg, Larry Hochman, Paul Katz, Gerald Jay Markoe, Peter Millrose, Alex Rybeck, Steven Silverstein, Joseph Thalken and Herman Yablokoff.

Each was beautifully sung and accompanied by Michael Lavine.

At the end Michael Colby came on stage to perform “Growing Up at the Algonquin” based on his book, The Algonquin Kid, about his unusual childhood as his grandparents owned the famed hotel.

The cast took their final bow and reprised the title song “Other Lives” (Music by Alex Rybeck). The show was well rehearsed and put together considering it was a “one night only” event and showcased Michael’s songs, composers, and many talented singers. There is an additional show on Tues. Dec. 13 @ 7pm at Urban Stages 259 West 30 St. NYC