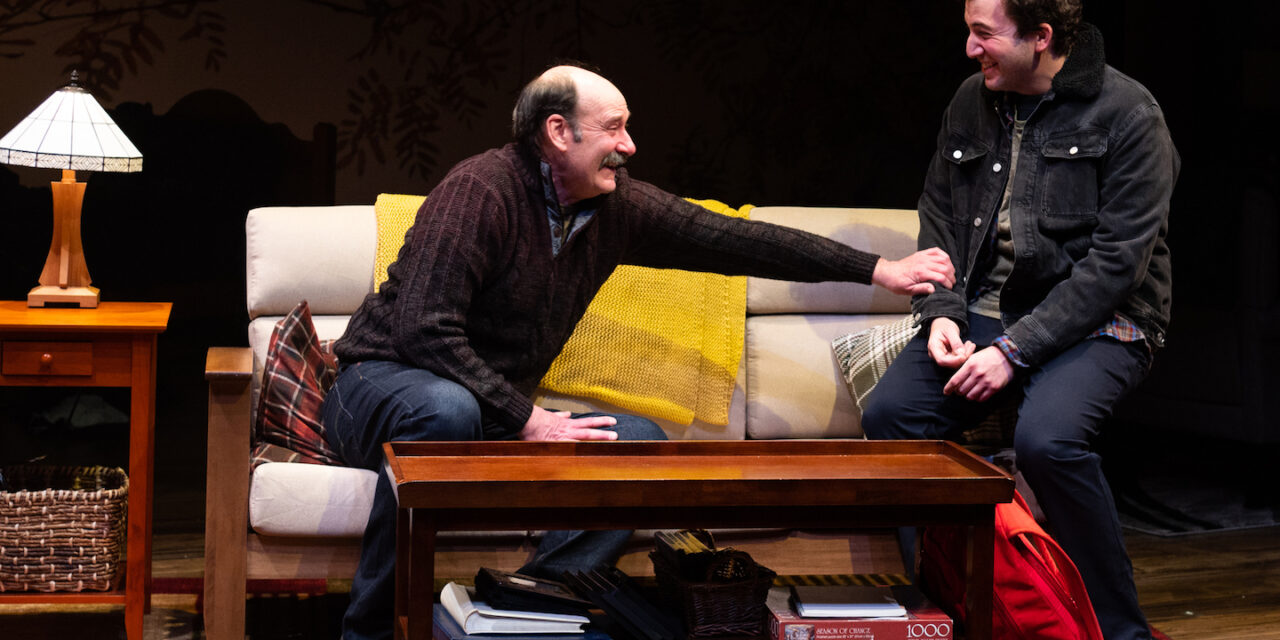 Doctors who become playwrights are not quite as rare a phenomenon as you might think. Famous examples are Anton Chekhov, Friedrich Schiller, Arthur Schnitzler, and Mori Ōgai, each as gifted with a pen as with a stethoscope. The latest member of this select fraternity, Dr. Charles Gluck, is a retired gastroenterologist (and stand-up comic, no less), whose play, Our Brother’s Son, is now at the Signature’s Romulus Linney Courtyard Theatre. I can’t vouch for his medical skills, but I hope they’re better than his dramaturgic ones.

Dr. Gluck’s play, which premiered at Boca Raton’s Mizner Park Cultural Arts Center in 2016, could very well have been inspired by a situation experienced by one of his patients, although it’s common enough to suggest something with which many audience members are familiar, even if only secondhand. The premise: a successful, middle-aged businessman, Leo (Allen McCullough, Mary Stuart), who runs a garment factory with his younger brother and partner, David (Dan Sharkey, Amazing Grace), learns that he’s experiencing renal failure and turns to his family for a kidney donor.

Obviously, this is an inherently dramatic situation, since donating an organ requires someone to make a decision with potentially life-threatening consequences. The emotional and ethical stakes are high, and we can all imagine how we might react in similar circumstances. For most people, a desire to do the right thing will collide with fears for their own safety, not to mention extreme discomfort, even if all goes well.

But, once the problem is established, how do you use it to fulfill the requirements of a full-length play, even a 95-minute one? If you’ve taken Playwriting 101, you know you have to somehow complicate the situation beyond the inciting incident. Aye, there’s the rub.

Dr. Gluck presents a family that occasionally uses familiar, if inauthentic-sounding, Yiddish expressions—like “Oy gevalt!”—but, as cast and acted, has little conventionally ethnic about it. Prior to getting his unhappy medical news, Leo rudely demeans David for his business flaws. Perhaps this is intended to create some schadenfreude regarding his predicament: you reap what you sow, etc. Leo is married to the sympathetic Susan, a nurse, played by Asian-American actress Midori Nakamura (The Tempest), albeit without reference to her ethnicity. David’s wife is the acerbic Mindy (Liz Larsen, Beautiful, the Carole King Musical). Their 24-year-old son is Bradley (Harrison Chad, Beauty and the Beast), who comes off as a slacker. Finally, there’s Gail (Leanne Hutchison, The Other F Word), David and Leo’s unmarried sister.

As in so many plays, Thanksgiving dinner brings the family together, offering a time and place for Leo to inform the others of his need for a transplant, hoping they’ll take a blood test to determine who’s a suitable match. Mindy, who doesn’t mince words in expressing her resentment of Leo for his longstanding mistreatment of David, protests not only that she won’t take the test, but that she’ll also not allow her son to do so. For his part, Bradley, who lies in bed all day eating junk food and gaming on his laptop, insists he’s old enough to decide for himself. Which—given that the actor playing him is closer to 30 than 24—he most definitely is.

Leo’s life may be on the line, but as the bickering boils over, we get a big reveal, the kind that used to power old-time domestic melodramas and that I’ll refrain from describing (although the play’s title hints at it). While it further complicates the crisis regarding whose, if anyone’s, kidney will save Leo’s life, it also diverts the play down another alleyway of family problems. Then, with his melodrama having gone this far, the playwright has no alternative but to add yet another big “dramatic” obstacle by having one of the potential donors suffer a near fatal car accident. This is a play in serious need of health insurance.

Our Brother’s Son starts off in the spirit of a comedy-drama, leaning on the jocular before morphing into the pathetic. It’s not long before sturm und drang make their entry as the characters strive not only to resolve their familial and marital problems, but to deal with Leo’s health as he continues to decline. Director David Alpert can inspire his actors to give only superficial performances of their superficial characters, with shouting often substituting for honest reactions. There’s little sense that these people belong to the same family, much less a Jewish one.

The most workable element is Adam Koch’s efficient set, backed by a translucent wall depicting impressionistic tree branches with reddish leaves. Effectively lit by Alan C. Edwards, it fills the sides of the stage with realistic walls and fixtures, but, by using a revolve, keeps the multiple settings—represented by selective furniture arrangements—always on view until brought swiftly downstage when needed. (A far more spectacular use of such a device, by the way, is on view in the new Broadway farce, POTUS.) Lindsay McWilliams’s costumes offer appropriate daily wear and Nathan Leigh provides useful musical atmosphere.

Our Brother’s Son suffers from single-issue doldrums exacerbated by symptoms of contrivance, cliché, and casting. It needs a script doctor more than a doctor playwright to prescribe a remedy for relief.

Our Brother’s Son. Through June 24 at the Romulus Linney Courtyard Theatre in The Pershing Square Signature Center (480 West 42nd Street, between Ninth and Tenth Avenues)—this is not a Signature Theatre production. www.ourbrotherssonplay.com 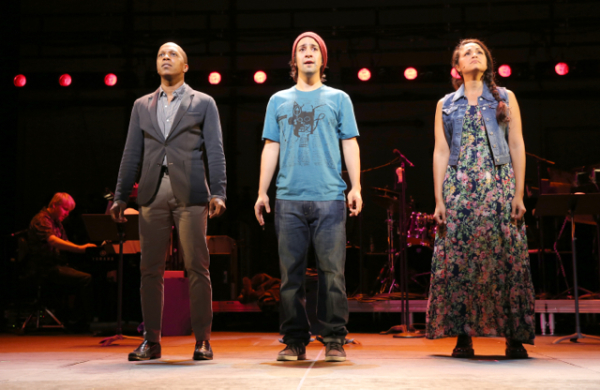 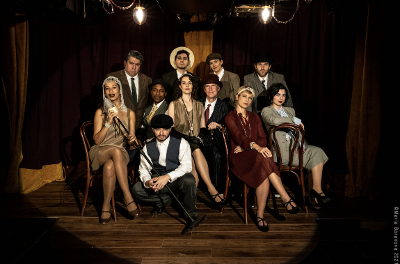 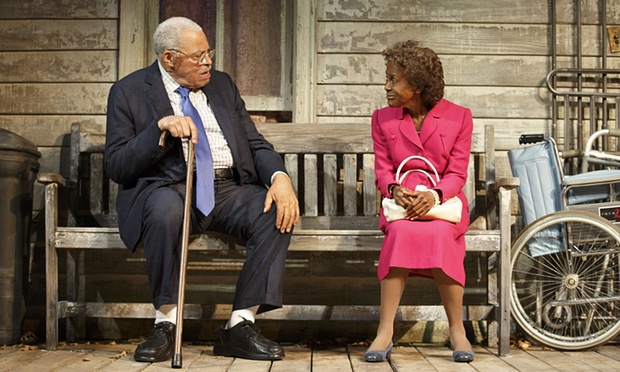