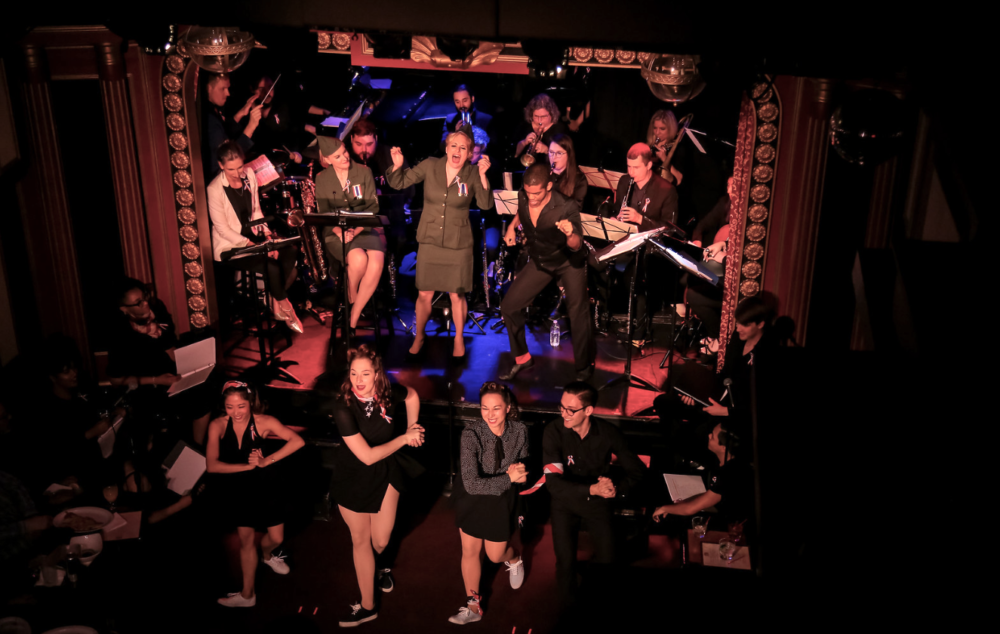 Usually, it’s not a nice thing to take audiences for a ride but Will Nunziata’s ambitious and highly entertaining concert staging of the 1974 musical Over Here, fittingly presented on Veteran’s Day (November 11) at the Triad Theater, proved to be a definite exception to the rule. As we joined a spirited cast over 25 singers, dancers and musicians on an imaginary World War II-era train headed for New York, no one was in a hurry to get to the final destination.

In part, it’s because this concert gave many of us our first look at this 1974 Broadway musical, which had been created in part as a showcase for the beloved singers Maxene and Patty Andrews. And as result, the elimination and re-shuffling of plots, characters and songs from Will Holt’s original book and the delightful score by Richard M. Sherman & Robert B. Sherman (of Mary Poppins fame) probably wasn’t even noticed by many. And given how well everything was performed – especially given the tightness of the space – it really didn’t matter. 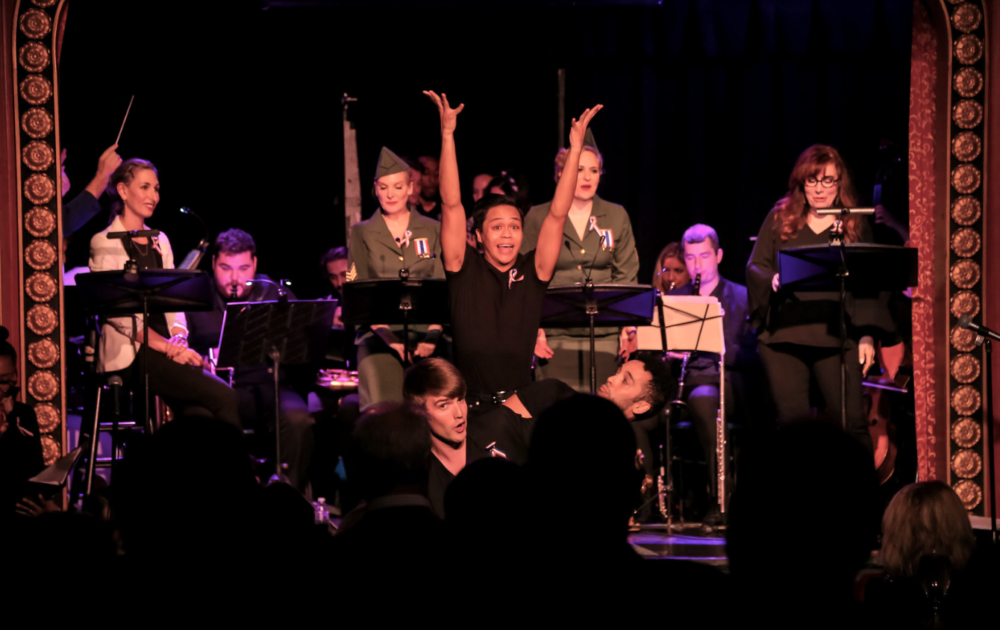 As the DePaul sisters, a small-time duo desperate for the big break, Jessica Hendy and Haley Swindal were pure dynamite. They harmonized sensationally on various numbers, notably the hilarious and slightly naughty “The Good Time Girl.” Moreover, each shone in the spotlight: Swindal leading the company in an electric “Charlie’s Place” and Hendy belting the semi-mournful “Where Did the Good Times Go” to the heavens.

Tony Award winner Debbie Gravitte literally wore a variety of hats in a number of smaller parts (here condensed into the role of “Spokesmen”) and showed off her clarion voice on “Hey Yvette” and “No Goodbyes,” while Broadway favorite Nikka Graff Lanzarone was a hoot as Nazi spy Mitzi, making the most of the Germanic-flavored “Wait for Me, Marlena.” 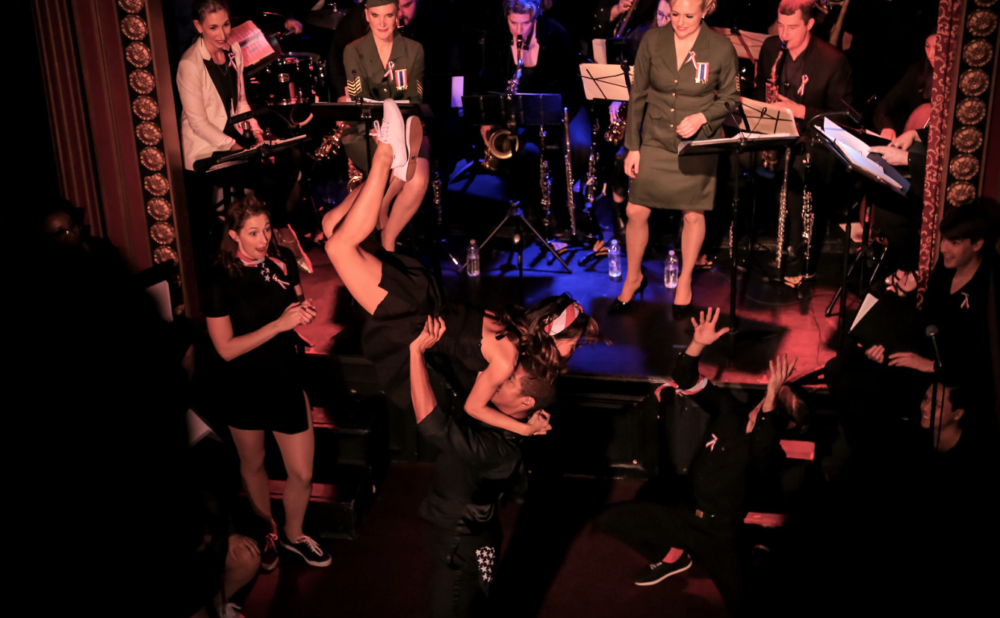 The company’s younger members were all standouts as well. Mark William was pure charm as All-American boy Bill while big-voiced Dani Apple was superb as his sweetheart June; the handsome Gilbert D. Sanchez and the lovely Genesis Collado made a most appealing pair as Utah and Donna; and Isaac Pathan Reynolds and Kristina Nicole Miller – who practically shocked the crowd when she finally sang the third verse to “The Star Spangled Banner” to sheer perfection – rounded out the romantic sextet as Lucky and Maggie.

And there are few words of praise that are sufficient to describe the energetic efforts of dancers Christina Dallons, Hannah Flam, Akina Kitazawa, Rafal Pustelny and Rohan Zhoo-Lee, who pulled off Andrew Black’s intricate choreography with aplomb. (They all deserve bonus points, as well, for performing directly in front of the legendary Patricia Birch, who choreographed the original production). 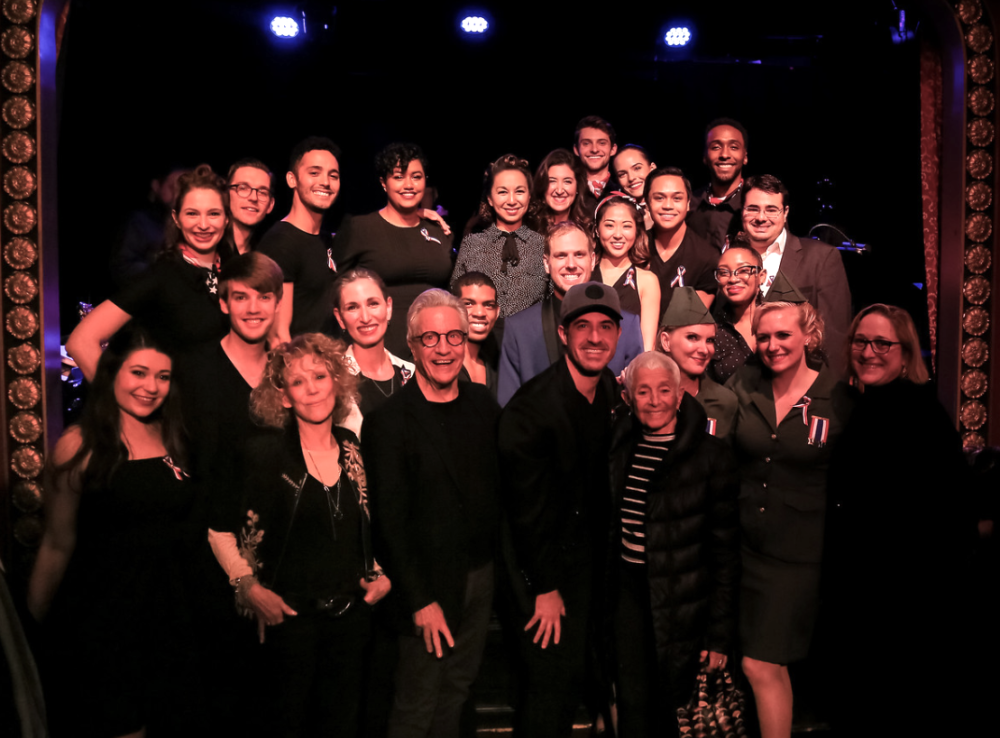 Considering how much work went into this one-night event, let’s hope this performance wasn’t the end of the line for this iteration of Over Here. It needs to be done over and over (perhaps at another venue) to allow audiences to revel in a bit of nostalgia for both the big-band sound of the 1940s and the joys of this almost-forgotten 1974 gem.

Photos by: Full Out Creative 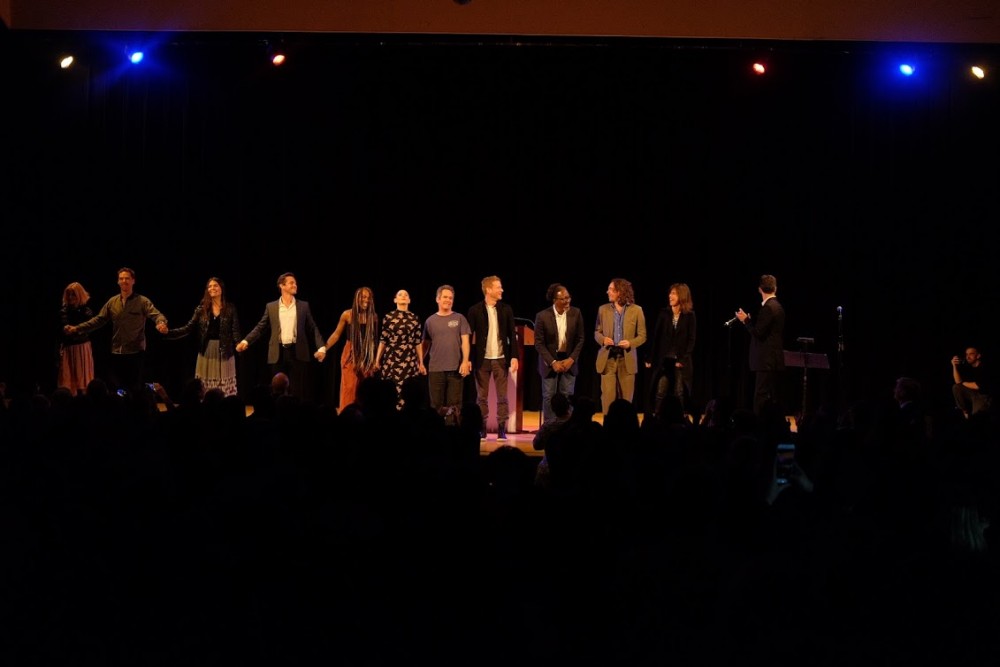 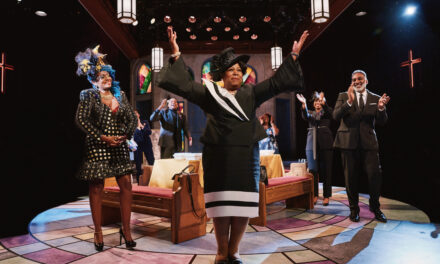 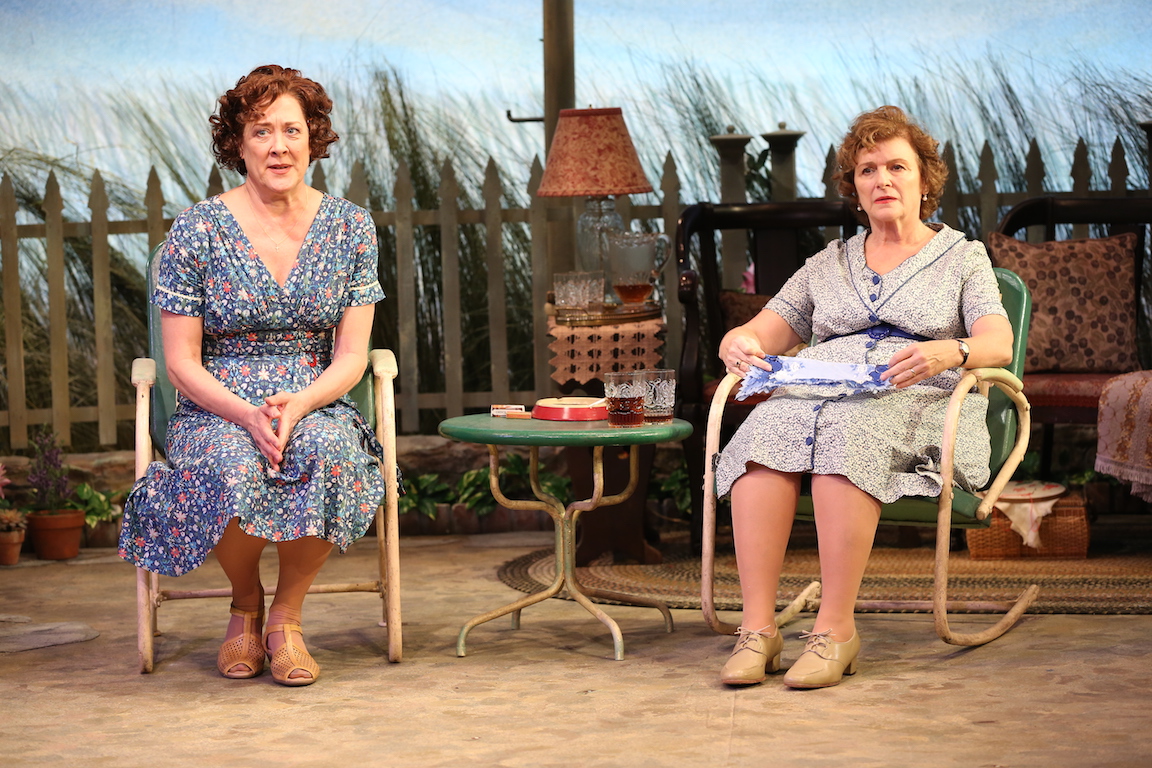