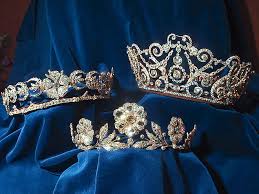 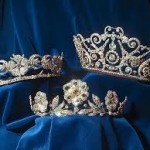 Who Will Win the Glittering Tiara?

For the first time in more than twenty years, Pageant – The Musical returns to the New York stage. The show will run each Monday night in February, with performances of February 3, 10, 17 and 24, 2014 at 7:30pm at the Red Lacquer Club, home of Lucky Cheng’s – 240 West 52nd Street.

Like every beauty pageant you’ve seen before, Pageant – The Musical features contestants desperately vying for a glittering tiara. With swimsuit, talent, and evening gown competitions – the show includes both the thrill of victory and the agony of defeat! Unlike some beauty pageants you’ve seen before, the female contestants are all played by men. And the audience gets to select the winner each night. Filled with excitement and suspense, but first and foremost, beauty, let the beauty begin!

Pageant – The Musical is written by two-time Tony nominee Bill Russell (Side Show, The Last Smoker in America) and Frank Kelly with music by Albert Evans and conceived by Robert Longbottom. Matt Lenz directs, with choreography by Shea Sullivan, music direction by Mark Hartman, costumes by Stephen Yearick, scenic design by Paul DePoo, lighting by Paul Miller and casting by Duncan Stewart & Associates. Pageant – The Musical is produced by SAS Productions in association with Kitty Potapow.

Fifty percent of ticket sales benefit Broadway Cares/Equity Fights AIDS, one of the nation’s leading industry-based, nonprofit AIDS fundraising and grant-making organizations. By drawing upon the talents, resources and generosity of the American theatre community, since 1988 BC/EFA has raised more than $250 million for essential services for people with AIDS and other critical illnesses across the United States.

Broadway Cares awards annual grants to more than 450 AIDS and family service organizations nationwide and is the major supporter of the social service programs at The Actors Fund, including the HIV/AIDS Initiative, the Phyllis Newman Women’s Health Initiative and the Al Hirschfeld Free Health Clinic.

General admission is $20, with preferred seating available for $45 and VIP packages (including a photo op and meet-and-greet with the cast) available for $100.  All levels of admission require a two-drink minimum on top of the cover charge. Tickets can be purchased at http://www.BrownPaperTickets.com/Event/552774.