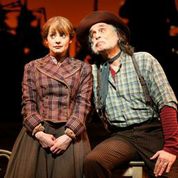 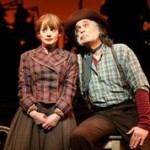 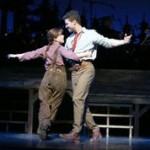 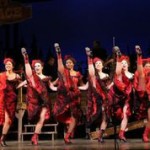 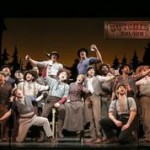 Compared to such masterful musicals as “Brigadoon” and “My Fair Lady,” 1951’s “Paint Your Wagon,” about a group of California gold prospectors in a small town, is a decidedly minor addition to the canon of Frederick Loewe and Alan Jay Lerner. But as City Center Encores! smartly-cast and well-staged production of this “miner” musical proves, even a second-tier show from this timeless team carries more than its share of pleasures.

Unquestionably, the smiles here derive not from Lerner’s slight and almost shockingly misogynistic book (presented in a shortened adaptation by Marc Acito), but by the pair’s ability to create songs that linger in the memory, from the rousing opener “I’m On My Way” to the Western-flavored “Wandrin’ Star,” first performed by the show’s protagonist, the crusty veteran prospector Ben Rumson (embodied with just the right amount of gruff charm by Oscar winner Keith Carradine).

Carradine also gets to croon one of the show’s loveliest ballads, “I Still See Elisa,” a paean to his late wife, and the humorous ‘In Between,” in which he pleads his case for marriage to the younger Elizabeth Woodling (a delightful Jenni Barber). Oddly, though, Ben never shares a duet with his headstrong teenaged daughter, Jennifer, played to perfection by Alexandra Socha as a part-tomboy, part-maturing woman. Moreover, Socha, the show’s strongest asset, gives her big-voiced all to “What’s Going On Here?” “How Can I Wait?” and “All For Him” with felicitous results.

She also generates real chemistry with former “American Idol” contestant Justin Guarini as her love interest, the noble-hearted Mexican miner Julio Valveras. Possessing an almost operatic-sounding voice, Guarini makes the most out of every moment he’s singing on stage, notably in the beautiful “I Talk to the Trees,” “Carino Mio,” and, especially “Another Autumn,” (which is accompanied by a stirring pas de deux, choreographed by Denis Jones, and gorgeously danced by Kevin Munhall and Darien Crago).

Other actors who make a strong impression, even in small roles, include the strapping Nathaniel Hackmann, who leads the men in the show’s best-known tune “They Call the Wind Maria”; the elfin Robert Creighton as Irish-born miner Mike Mooney; and such Broadway veterans as Adam Godley (as Englishman Edgar Crocker), Melissa Van Der Schyff (as the tart-tongued Sarah Woodling), and Robyn Hurder (as dance hall matron Cherry Jourdel).

As always, the show’s creative team works wonders: director Marc Bruni keeps the show moving at a fast pace; Jones has fun with a big “Can Can” number in the second act, and music director Rob Berman conducts the glorious orchestra with finesse.

Yet, even under the best of circumstances, which these may be, no producer is going to hitch his or her wagon to this show and bring it to Broadway. So come and get it while you can. It’s not A-plus material, but it’s better than a can o’beans.

“Paint Your Wagon” is at New York City Center through March 22. For more information, visit www.NYCityCenter.org. 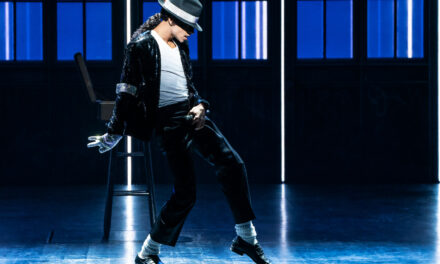 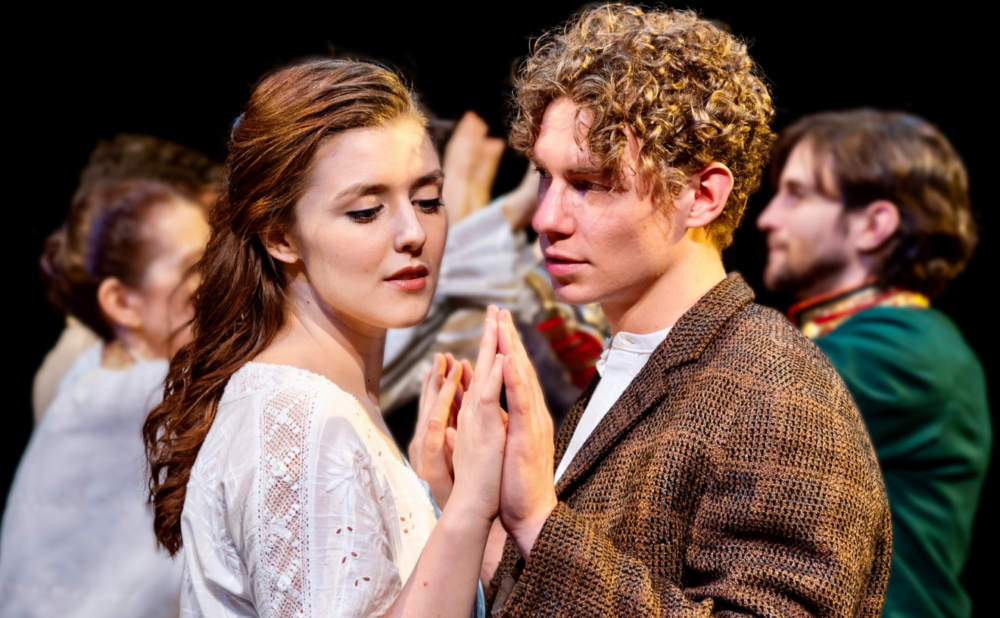