Paolo Szot at 54 Below 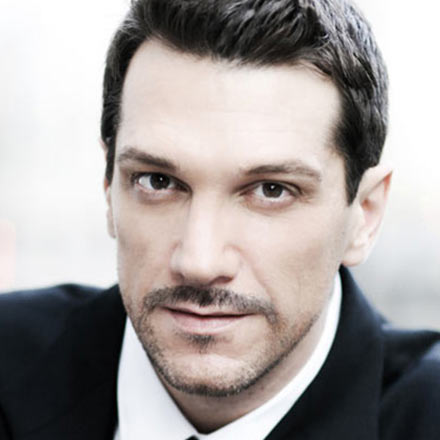 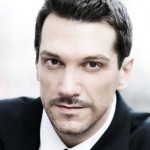 When I reviewed Paolo Szot’s 54 Below New York cabaret show last August, I praised Szot, his selections, and his musicians. He has returned for a two night engagement at 54 Below, with the same brilliant young music director and arranger Matthew Aucoin, his first rate musicians David Finck on bass and David Meade on drums and percussion. The act was flawlessly directed by Joe Langworth, who was Barlett Sher’s assistant on the Lincoln Center revival of “South Pacific’ for which Szot won a Tony.

After Szot enters in the audience singing “Summertime” he hops right into “Too Darn Hot” with a special lyric reference to 54 Below. Szot again talks about meeting Aucoin at the Spoleto Festival where he did a production of “The Nose” before doing it at the Met, and how these musicians did the first version of this act at Spoleto. Since that time Szot has appeared at the Met in “The Nose,” Don Giovanni,” and “Die Fledermaus.”

He still does the brilliant samba medley, and his interpretations in Portuguese give proof to the old song “You Don’t Have To Know The Language” that Bing Crosby and the Andrews Sisters sang in “Road To Rio.” Of course he ends that medley with a superbly acted and danced “Brazil.” Szot quiets down for a moving “Were Thine That Special Face,” with the extended center section, and a very moving Nat Cole tribute on eden abez’s “Nature Boy.”

Szot, who had just performed “Eugene Onegin” in Australia, and Aucoin, who had worked on the Met production last season, realized that the melody to “Onegin’s Aria,” which is the vocal version of Onegin’s letter to Tatiana, was borrowed by Sigmund Romberg for one of his most famous songs. After Szot movingly sings the aria, he sings the verse to one of Romberg’s greatest songs which did borrow that melody, “Lover, Come Back To Me,” and bounces into a great rhythmic version of that standard.

Again, he has kept the highlight of his previous show, the section entitled “Broadway Songs for Non-English Speaking Singers” where he rips into sensational renditions in character of “If I Were A Rich Man,” “Money Makes the World Go Round,” “Puzzlement,” the opening song from “Lion King,” and a stunning “I am I, Don Quixote.” I won’t spoil your pleasurable surprise on what he does to “Fly Me To The Moon” and “Old Devil Moon,”  but each one ends with a surprising finish, as do several of his songs when he slides up to a long sustaining high note, seemingly breaking the sound barrier!

He again stands stock still when he sings his great song from South Pacific, “This Nearly Was Mine“ and, needless to say, when he finished the sold out house was mesmerized.

His encore – the great “If Ever I Would Leave You,” with French lyric intro.

After this show, Szot appears in the Metropolitan Opera’s “The Death of Klinghoffer” by John Adams beginning performances on November 20th.

Szot will return to 54 Below in January 2015 with an entirely new show.