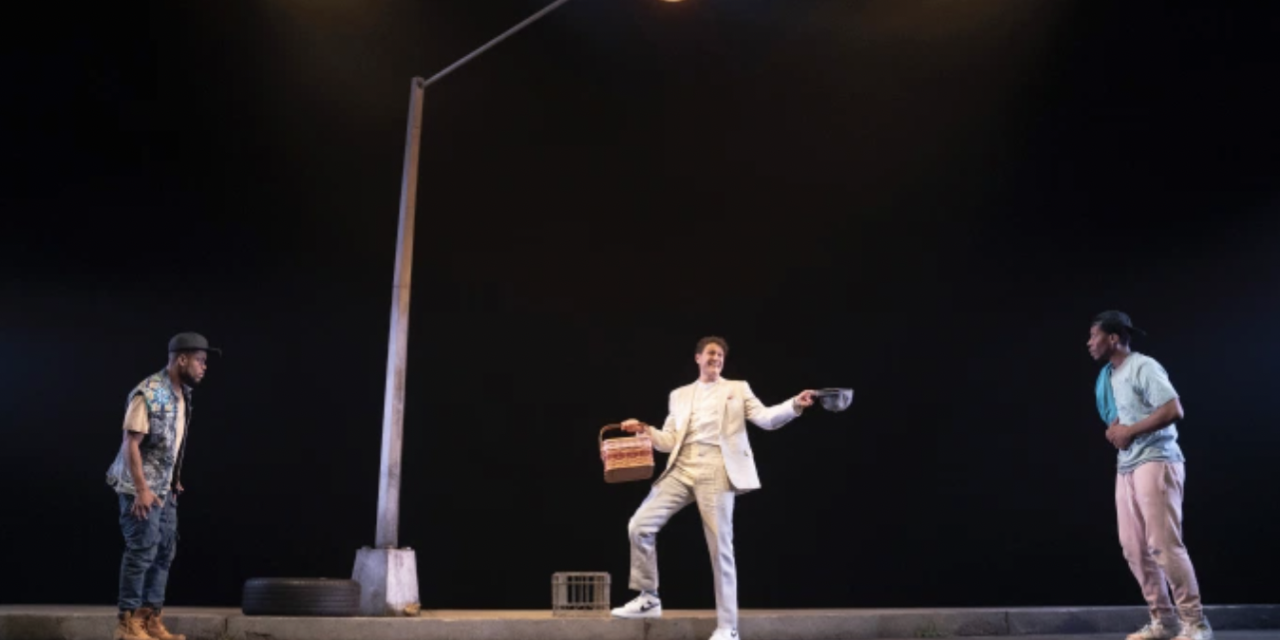 If you’re seeking the first of Broadway’s openings to be an upbeat, easy slide back into theater, the play Pass Over will not fulfill your fantasies. It will fulfill comfort expectations of showing your vax card and photo ID for admittance to the theater and mask-wearing throughout the 1 hr. 35 minutes and derail any hope of living in a fantasy world of escape where everything is beautiful!

Instead, you’ll find very real themes that deal with current issues such as racism, inequality, police violence, social justice and the great divide between the have and have nots in this surrealistic, allegorical, and biblically referenced play. On the upside, at the August Wilson Theatre, you’ll find that playwright/producer Antoinette Chinonye Nwandu certainly has an original way of telling the story and getting points across by bringing Samuel Beckett’s Waiting for Godot into the mix for levity.

On a lonely block, with an overhead street lamp (instead of a tree) in some urban city, meet friends Moses (Jon Michael Hill) and Kitch (Namir Smallwood) dressed by Sarafina Bush in streetwear. It’s their turf and Moses desperately wants to “git off dis here plantation”. . . “Git up off dis block.” They are physically hungry as the intense, enraged and introspective Moses talks about getting away and being free while a more playful, easy-going Kitch dreams of riches like lobster rolls, caviar and champagne – “like the City folk.”

They plot and plan their escape…how to get across the river to the Promised Land – the land of milk n’ honey.  At times you’d think you were watching a Laurel and Hardy comedy, but their hunger and poverty seem anachronistic in this day and age.  More realistically, they worry constantly about being shot by the “Po Po”.

Their language is a tough argot – peppered with the overuse of the “N” word which is meant to lose its saliency.  It does sting but after a while, the audience becomes immune to the profanity. The use of the “N” word works, until their existence is interrupted by the well-to-do, white-suited Mister (multi-talented Gabriel Ebert), seemingly lost on his way to Mama’s house, his picnic basket overflowing with food and drink (another familiar symbol) and even a silver vegetable dish filled with collard greens and pinto beans – just what Moses had been craving.

Suspicious but hungry, Moses and Kitch bait him but succumb while the buffoonish Mister makes every effort to befriend the two, offering up the unending items of food, “Gosh, golly, gee” – (a repetitive line for Mister) as they banter about who can use the “N” word and who can’t. Finally, Moses blurts out “Because …it’s not yours. You feel me? Good or bad, it’s not yours.”

When Mister finally leaves, the two pick up where they left off, talking and still dreaming about their escape to the “promised land,” but this time they are interrupted by “the Po Po” (policeman – also played by Ebert) where frisking and other untold behavior ensues, erupting into violence.

I won’t say anything more about the ending other than it has its shock value.

Hill and Smallwood are both top-notch actors with great physical presence, carrying these intense roles where the writing supported it. Danya Taymor directs with precision and Marcus Doshi provides exceptional lighting together with Justin Ellington’s sound design. You’ll find this play mostly symbolic as it reaches for believability into the many issues it attempts to cover. Its message is sometimes skewed as it overstates its case seeking to provide the right sensibility. 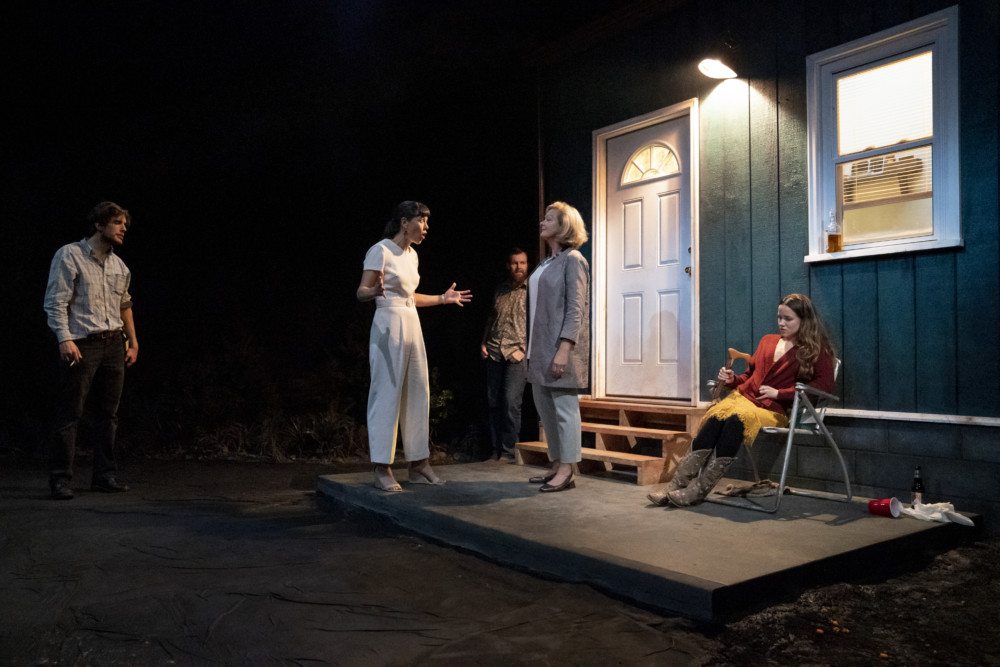 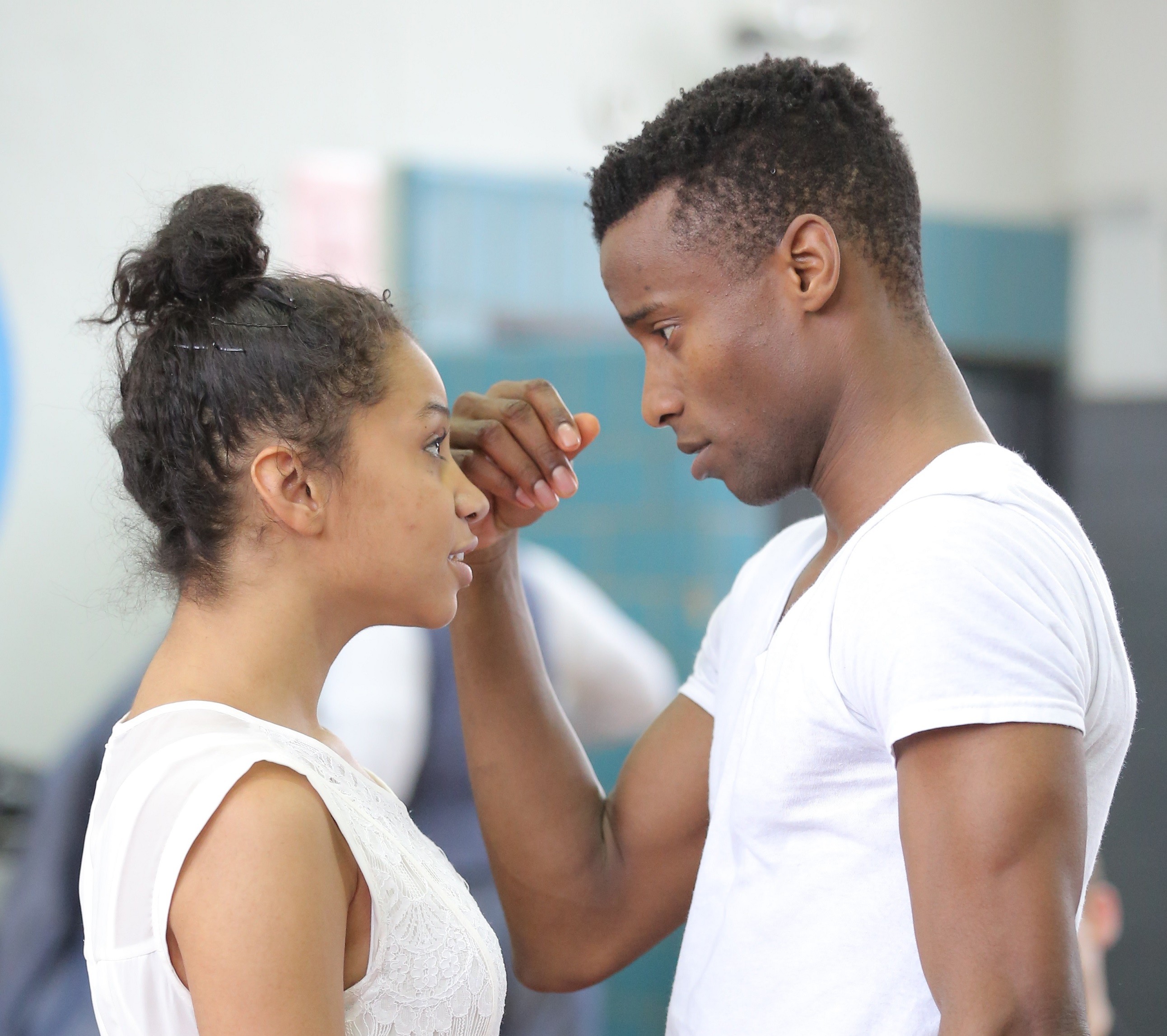 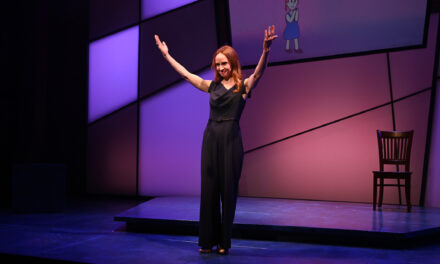