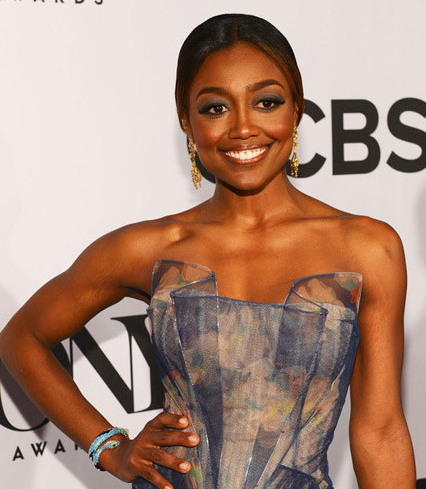 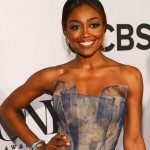 This gal has it all!  A look and a voice that blows you away! And, she also happens to be starring on Broadway in the revival of Stephen Schwartz’ “Pippin” (Tony Award).  And . . . getting married in June!

Making her solo debut in the Allen Room, the statuesque beauty, in a grey strapless gown (with side flounce), looked stunning.  But, more than that, her vocal capacity, tonality, nuances and musicianship are what shone.

A Carnegie Mellon graduate, Ms. Miller was mentored by her friend Billy Porter (Kinky Boots) as she dreamed her dream – from a little southern girl from a small southern town right to the Broadway stage, appearing in “Sister Act” (2011, Deloris Van Cartier) and then being cast in the title role of Leading Player in “Pippin.”

There was “Magic To Do” (Stephen Schwartz – in the audience), and Ms. Miller performed it all exquisitely.  No tricks, just sheer and genuine talent.   Miller can pull at your heartstrings – “Next to Me” (Emeli Sande), “No One Is Alone” (Stephen Sondheim) or wax playful and shake it up in a rockin’ “Mama Will Provide” (Ahrens/Flaherty) and “Love You I Do” (Krieger/Garrett). A simple straight forward rendition of “Someone To Watch Over Me” (Gershwins), resounded with all the underlying desire it deserved.

Why, you’d never guess this was a little girl afraid to sing in front of people in Church growing up!  Well, Patina Miller is a big girl now and displays all the passion, pathos and joy in each of her chosen songs.

There were more than noteworthy arrangements that allowed songs to stand out as though they were being sung for the first time to the credit of Musical Director/Arranger on Piano and Keyboards – James Sampliner. With John Benthal on guitar, Mark Vanderpoel on bass and Rich Mercurio on drums, along with three backup male singers, and the additional background of New York City seen through the floor to ceiling windows that framed the back of the stage in the Allen Room, this was one memorable evening of musical magic!

The show was directed by Charles Randolph-Wright.