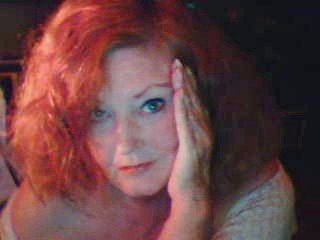 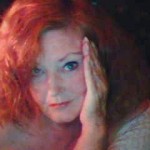 Reviewed by Joe Regan Jr.
Patricia Fitzpatrick, with Dana Lorge and Helena Grenot, was in the MAC nominated Revue “Cougars on the Prowl” last year.  This past summer Fitzpatrick was supposed to do a solo show at Don’t Tell Mama but her son was having a critical medical procedure so she cancelled her shows.  Finally, we were treated to her new show, “Songs My Mother Wouldn’t Let Me Sing” at Don’t Tell Mama one night only November 21, 2013.  Fitzpatrick’s music director pianist was Barry Levitt and she had two special guest singers.  The show was one worth waiting for because Fitzpatrick has a strong contralto voice and great acting skills which led her to do wonderful versions of each familiar standard that she chose.  Fitzpatrick lives in Cape Cod and runs a thriving theatrical company there.Given the title of the show, Fitzpatrick’s show was autobiographical about growing up with a Marine father and a strict Catholic mother.  Early on, in her childhood, she fell in love with music.  When she was living in the Northeast, there was to be a grand opening of a new auditorium and the event was to be attended by the Archbishop.  Left to her own choice, because she was the champion girl scout cookie salesperson, she chose to sing “Love For Sale!”   The nun, who was her music mentor, fainted and the Archbishop stormed out of the auditorium as did everyone else except her family.  Given her father’s military profession, his family was transferred from one marine base to another during her youth.  She ended up in a co-educational high school and her mother would flash the house lights when she came home with an athletic boyfriend who wanted her to “do it.”  This led into a humorous version of Cole Porter’s “Let’s Do It” but when she fumbled on some of the lyrics a friend from the Cape came on stage to help her.  It was Atte Kekkonen and he prompted her on the lyrics she was deliberately forgetting.  Fitzpatrick, who has a rubber face, gave each of those double entendre lyrics a wry reaction!  She gave Atte Kekkonen a solo spot and he sang in German (!) Marlene Dietrich’s “Falling In Love Again.”Fitzpatrick’s second guest was Bob Diamond and it was announced he had just recorded on the Cape a CD, all love songs sung by a man to a man.  Diamond repeated one of the highlights of his “All in Fun” show, “50 Per Cent” with full emotional content.Her mother advised her to marry a man who would be a good provider.  She did and he provided her with six children!  When they split, she wanted a young man but it seemed that none were interested.  Wryly, she sang “I Can’t Get Started.”  And then “Why Oh Why Can’t You Fall In Love With Me,” a great torch song written by Bob Levy who was in the audience.  She did some Disney songs “Zippety Do Dah” and “Bibbity Bobbity Boo”and  the audience sang  along with her!Fitzpatrick told us about how, one day, her mother called her and told her that she had only 72 hours to live.  All of the family traveled to Florida to spend her last hours with her.  Fitzpatrick sang a very emotional “Smile” which was one of her mother’s favorites and was sung as advice to every setback in life. Fitzpatrick saluted her girl friends in the audience by doing an extraordinary “Old Friend” to them.  Fitzpatrick gave the song full emotional strength and there was great wisdom and ruefulness in her interpretation of that great song from “I’m Getting My Act Together.”  The encore was another sing-along in honor of her father:  “The Marine’s Hymn.”  Yes, and everyone in the audience remembered the lyrics!It’s time for Patricia Fitzpatrick to record a new CD.  Look for her on YouTube.  I hope she’ll return to New York soon.