Patrick Dwyer is Alive In thirtywhatever 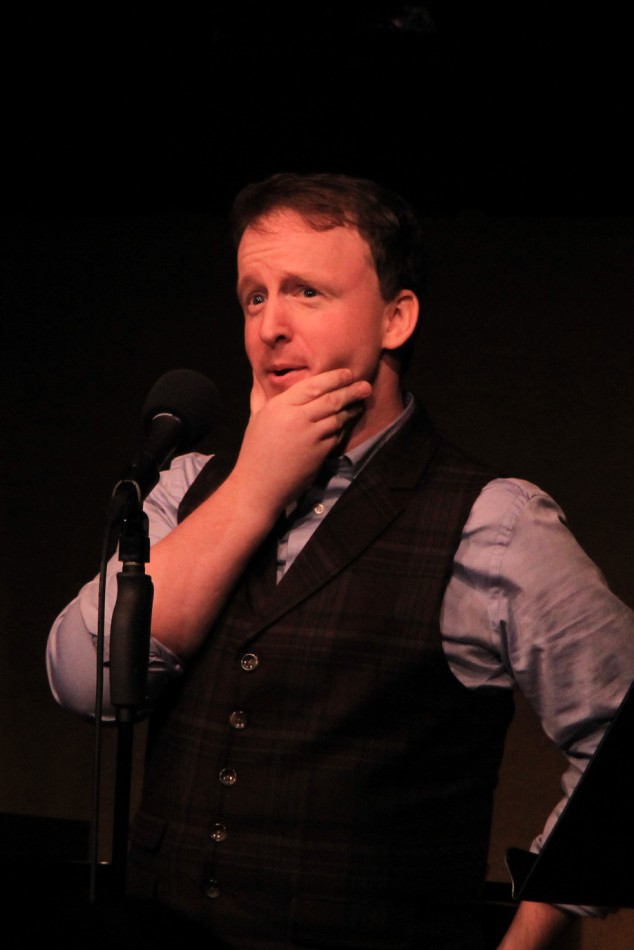 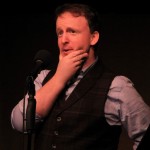 Patrick Dwyer presented his new one-man show, thirtywhatever, October 12 and 13th at the Duplex Cabaret Theatre. Mr. Dwyer has chosen a very personal premise for his show. The three-time MAC Award nominated songwriter, performed mostly original material for his storytelling journey, occasionally using a number by others when he felt a particular song enhanced the musical journey.

His compositions supported his journey as he shared with us his day to day concerns. Curious as to why he has not found that special person to share his life or at least still get Christmas cards from the mothers of former relationships, he reveals to us his desire, not only to have a solid relationship but, also his desire for children. He longs to adopt a child who he can love. A child to give a safe and supportive home. “Man in the Moon” is a glorious ballad to the child he is yet to know. All in all things in his life have moved along without incident – until – that lump on his back demanded his attention. He brings us to his realization. He has cancer.

He takes us through the year that would follow. Surgery, radiation, more surgery and the constant fear, which is beautifully conveyed in “When It Happens to You.” He had a message for those who wish to give advice. “That’s Not Helpful” brings humor and truth to those who really don’t know what to say. He was fortunate, he had the support of Aunt Mickey. Oh, if only we all had an Aunt Mickey in our lives. With family thousands of miles away, his having someone to ask the right questions and keep spirits high was a blessing. And, how did he cope with having the big C? What else, he performed continuously in community theatre – one musical after another. He was making sure that his nights were busy – not locked in fear. His musical ode to radiation treatment, “Zap,” was at times funny, at times sad but, always optimistic.

Mr. Dwyer has had a rough journey this year, to be sure. However, using his gifts for writing, singing and acting he has kept himself firmly planted with courage and resolve. “Cardboard Trees and Paper Moons” illustrates his use of those skills to give him strength. “Alive Today” brought us full circle when he shared with the packed and supportive audience the results of his last tests – he is cancer free.

Patrick Dwyer is a passionate performer and a gifted songwriter. He is grateful that he has time to learn and time to grow. Be it five months or 50 years, he will use his time to pursue his dreams and be able to say with his music.

The evening was masterfully directed by Eric Michael Gillett. The subject matter could have been a bit off-putting, but Mr. Gillett kept the artist’s hope alive – even before we knew the present outcome. The musical director was Justin Fischer and the accompanist, on Monday night, was the accomplished David Carl. If this show is presented again, take the opportunity to experience it. You will find Mr. Dwyer’s joy infectious, his energy radiant, and his hope for the future awe inspiring – who could ask for anything more. www.theduplex.com