Patrick Page: Good To Be Bad 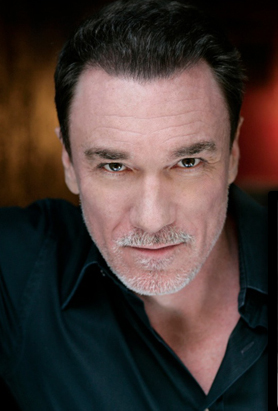 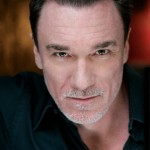 On January 28 at the late show on a very cold night, Broadway star Patrick Page, late of “Spider Man Turn Off the Darkm”  performed to a full house at 54 Below and against a great band led by Dan Micciche. Page entered singing a threatening song, “Be Prepared” warning us that his show, entitled “Good To Be Bad,” was going to be about his lifelong obsession with playing villains in musicals and plays.  It’s quite a shock to see Page without his Green Goblin face.  His face has rugged character and that face is at times funny, at times sad, and most of the time ferocious.  Besides his acting chops, his expertly layered basso profundo doesn’t let you miss a single evil lyric.

His background:  his father was a director and exposed his son to all the great Broadway musicals’ original cast albums.  A wonderful recollection is when his father hosted the 1971 telecast of the Mary Martin-Cyril Ritchard “Peter Pan” for all his students at their home.  Right then and there young Page determined that he loved the part of Captain Hook and Cyril Ritchard’s legendary performance.  To demonstrate, he did a fantastic version of “Captain Hook’s Waltz” but first he engaged the house to recite certain shout outs during the number, including NY Post columnist Michael Reidel to do Snee’s part!  It was great and things only got better as he talked about the parts he played in community theater and school plays and musicals.

At one time his father was doing “Oliver” and he wanted to play Fagin.  His father made him try out and he was surprised when he got the part.  He donned a Fagin coat and did a wonderful “Reviewing The Situation.“  The woman I was with was in the original cast and tour of “Oliver” and she loved his version. Other evil parts he played and recreated superbly for us were “Sweet Transvestite” from “Rocky Horror Show” and “Pilate’s Dream” from “Jesus Christ Superstar.”

When he got to New York City, he got parts in “Kentucky Cycle” and Shakespeare plays.  Page went to an open call for a musical and the casting director thanked him but asked him if he would come back the next day and be the person to feed the lines to the auditioning actors.  When he was playing with an actor reading the part of Chandelier, the casting director had them switch parts and then told him to switch with the actor.  He didn’t know the song so he went over the shoulder of the accompanist and started singing “Be My Guest.”  Recreating that incident with Micciche, Page got the part and went on tour for a long time, eventually becoming a replacement on Broadway.  He also, as he confessed, met his wife in that company.

Because he loved Dr. Seuss’s album of “How the Grinch Stole Christmas,” he was determined to get the part of Grinch.  They were looking for a star to play the part but finally agreed to Page, but he had to pass muster with the lawyer who represented Maurice Sendak’s estate.  At the time he was appearing as Scar in “The Lion King” and the lawyer came to see a performance and then made a cursory visit to Page’s dressing room.  Feeling he had not impressed the man, he pursued him crazily through Times Square, demanding that he cast him.  Feeling he had failed, he stayed out that night but when he got home his answering machine had a message from his agent – he got the part!  We got a full performance of “Mr. Grinch,” and the great “One of A Kind.”

Next, was a brief summary of the “Spider Man” experience and Julie Taymor.  He was told to sing a rock song for the audition. He chose Alice Cooper’s “Welcome To My Nightmare” which he sang with all the energy of a rock star and got the part!  There was a short history of that legendary production and then he brought up his co-star, Isabel Keating who played Aunt May.  Together they did a brilliant “Sweeney Todd” performance, with “Ballad of Sweeney Todd,” “My Friends” (with glittering knives,) and best of all “A Little Priest.”  The reaction of the crowd was electric and there was a standing ovation.

For his last song, he chose one from his new role as Frodo in “Hunchback of Notre Dame,” the angry song about Esmeralda, “Hellfire,” by Alan Menken and Stephen Schwartz.  It was a stunning finish.  The show’s director was Stuart Molton.

One hopes that he will return to 54 Below soon.  The run of “Hunchback of Notre Dame” directed by Scott Schwartz begins October 28 at the La Jolla Playhouse in California.