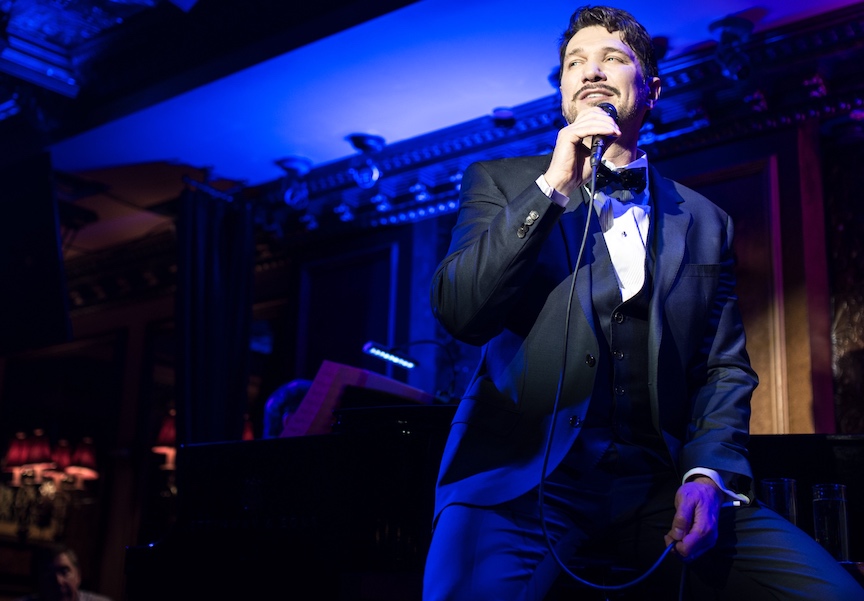 There may not be enough superlatives to describe the talent of Paulo Szot, the award-winning baritone (Tony, Drama Desk, Outer Critics, Theater World) who possesses an almost supernatural ability to deliver an evening full of nothing but showstoppers. With An Enchanted Evening or Una Noche Encantada at Feinstein’s/54 Below, Szot covered Broadway hits along with other goodies, such as Spanish zarzuela and Argentine tango, easily shifting gears between pop and operatic styles––from ballads to full-blown dramatic musical wonderments. What’s more, he does this all with amazing ease.

Szot’s entrance was preceded by the lush sound of members of the American Pops Orchestra (Regino Madrid, Dilyana Tsenov, Modesto Marcano, Samuel Quiggins, Daniel Berkery, Greg Watkins) under the baton of music director and pianist, Luke Frazier. The instrumental turn, with plenty of strings and swing, was befitting a performer who exudes just the right touch of operatic grandeur and natural charm. Szot’s opener, “Some Enchanted Evening” (Rodgers and Hammerstein) thematically set the tone for the magical evening. Big Broadway hits showcased Szot’s rich baritone, such as “Man of La Mancha (I, Don Quixote)” (Leigh and Darion) and “This is the Moment” (Wildhorn and Bricusse), but didn’t dominate, allowing for variety and an intelligent pacing of the program overall.

Judiciously dotted among the big numbers were quieter offerings; a handful of ballads underscored Szot’s ability to relate intimately with his audience. And it seems to come quite naturally, particularly in creating individual connection––the illusion that he’s singing just for you. “I Have Dreamed” (Rodgers and Hammerstein) and in Spanish, “Became Mucho” (Consuelo Velázquez) were especially swoon-worthy.

Special moments came with a nod to Szot’s native Brazil––a bossa nova version of Kismet’s “Baubles, Bangles and Beads” (Wright and Forrest, based on Alexander Borodin). This latter tune was creatively interwoven with passages from “Bali Hai,” “Happy Talk” and “A Wonderful Guy” (all Rodgers and Hammerstein), all Brazilianized. The arrangement was novel and deeply satisfying. Another pairing, of Kismet’s “Stranger in Paradise” with “And This Is My Beloved,” included a strong cello voicing that gave depth and texture to these deeply pleasing melodies.

The generous set, both in the abundance of prime songs offered and the willingness of Szot to give more than 100-percent of himself to deliver them, ended with “the song that changed my life,” South Pacific’s “This Nearly Was Mine.” The cherry on the musical sundae was the encore number of Don Quixote’s “Impossible Dream.” Paulo Szot’s Una Noche Encantada certainly was that––a captivating tour through a spellbinding musical landscape.