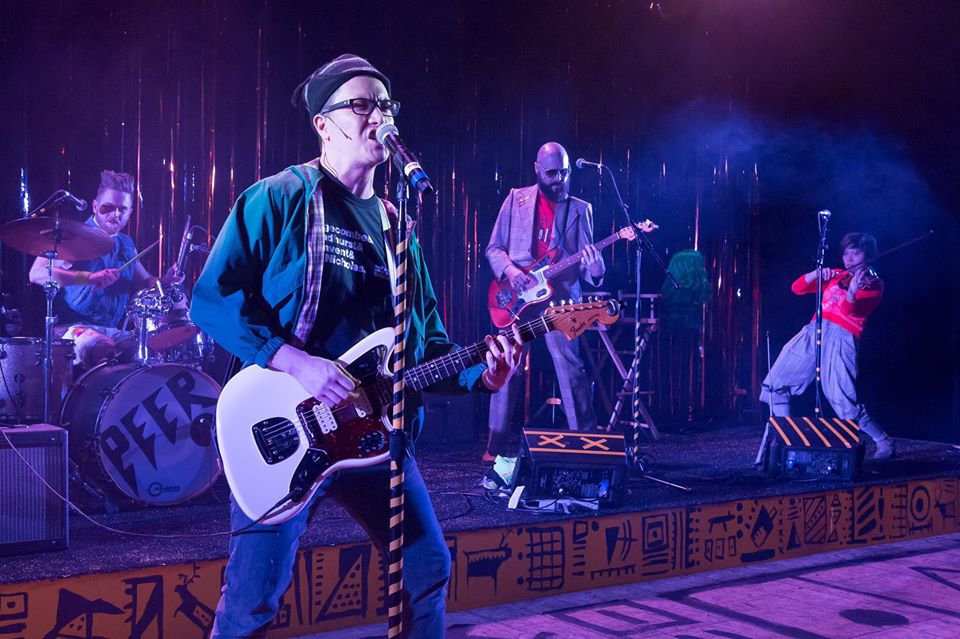 “If I’m gonna die I’ll live the life that frees me.” – lyric from a song the character Solvay sings in Act One of Peer Gynt and The Norwegian Hapa Band

Henrik Ibsen: Norway’s most prominent playwright of the late nineteenth century – Ibsen contributed to the birth of modernism and the surge of theatrical realism. Peer Gynt is crafted as a love child between the two. One of the playwright’s earliest works, he published the masterpiece in 1867. Taking on the form of a dramatic poem, the play is fantastical in every sense of the word. It is chock full of surreal scenarios that are bizarrely cinematic. Featuring forty scenes in five acts, Ibsen’s poem turned play is epic.

Ma-Yi Theater Company, created almost a century and a half later in 2004, amasses the largest establishment of Asian American playwrights in residence. The decision to choose Ibsen’s Peer Gynt as source material for a rock musical proves a natural fit for Ma-Yi. Peer Gynt and The Norwegian Hapa Band happens to be the first production in the Mezzanine Theatre of the Alliance of Resident Theatres (A.R.T.). The seven actor/musicians seize the new space and imbue an energy that cannot be named. Michi Barall, the playwright charged with the task of adapting Ibsen’s work, dutifully and brilliantly follows the Norwegian folklore through an existential lens. Director Jack Tamburri runs with the concept, highlighting how presence heads to spirit. Under his direction, the actors effortlessly shift and interact as characters and musicians. Barall and Tamburri dually saturate Ibsen’s original philosophical drama with immediacy. Peer Gynt was highly biographical of Ibsen’s early life, although, all of life’s stages are traced from coming of age to forgoing physical life.

The term “hapa,” featured in the title, is Hawaiian for “half.” In Hawaii, it is used to describe a person of mixed ethnic heritage. Borrowing the phrase, Ma-Yi qualifies “hapa” in order to present a diverse group of actors coming together to communicate a distinctly Norwegian story. Ironically enough, Peer Gynt was intended as anti-Norwegian sentiment but evolved into a crucial symbol of Norwegian culture. This evolution of nationalism is very potent to the current political and social climate. Tales such as Peer Gynt seem to call on us to question the status quo and simultaneously celebrate the journey.

Matt Park is transfixing and electrifying in the title role of Peer, a true rock star complete with guitar skills. Also co-composer, he audaciously leads the company through the ups and the downs as Peer’s stories gallop apace. Park’s physical commitment and range matches his fiery and imaginative inner life. Playing all of the women Peer finds himself in trouble with, Angel Desai is dynamic and vibrant, not to mention a killer violinist. Mia Katigbak is commanding and quite a force as Peer’s mother, among other roles, and steps in to tickle the ivories. Rocky Vega fills Solvay, the love of Peer’s life, with breathtaking vitality. Her voice blends styling likened to Regina Spektor and Charlotte Martin, and she’s a talented pianist. The chemistry between Peer and Solvay is just heart-wrenching. Paul Lieber, sharing the composer hat with Park, is always in the moment, whether bandleader, guitarist, or a smorgasbord of acting roles. On drums and mandolin, along with dance captaining and taking on a variety of wacky characters, Titus Tompkins is a knockout. Last but certainly not least, Uton Onyejekwe goes cross-gender as a youthful and warm Helga. This performance beautifully contrasts his strong-willed other roles, in addition to the band’s bassist.

The world of Peer Gynt and The Norweigan Hapa Band is delightfully shaped by its technical designers. Meredith Ries’s set invents a total playground, nailing the grunge factor with elements such as grafitti and Christmas lights dangling from the ceiling. Her pieces are smart – a music stand becomes a table for a burner, a traveling microphone turns into a motorcycle with the help of handlebars and a single light, glitter falls from the sky as ashes from Hell. The costume design, by Asta Bennie Hostetter, is quirky and gives off vibes from a glam punk rock era. Oliver Wason’s lighting design is spot on, pulling out all the stops to achieve that rock concert edge but with care not to overshadow quieter moments. The orchestrations and sound design of Chad Raines blend with Harrison Beck’s music direction to generate a polished and daring soundtrack to the piece. Julian Barnett’s choreography tops off the product with pure fun, channeling a Madonna-like hip-hop number to kick off Act Two.

The whimsicality of the evening leaves a lasting impression of our innate desire of wanting to matter. How do we know who we are and even more so, how do we stay true to ourselves in the madness? Past all the smoke and the mirrors, we just want someone to notice us and we want to be remembered.

Peer Gynt and The Norwegian Hapa Band. Through February 11 at the Mezzanine Theatre at A.R.T./NY Theatres (502 West 53rd Street at 10th Avenue). Tuesdays through Saturdays at 8:00 PM; with matinees Saturday at 2:00 PM and Sunday at 5:00 PM. 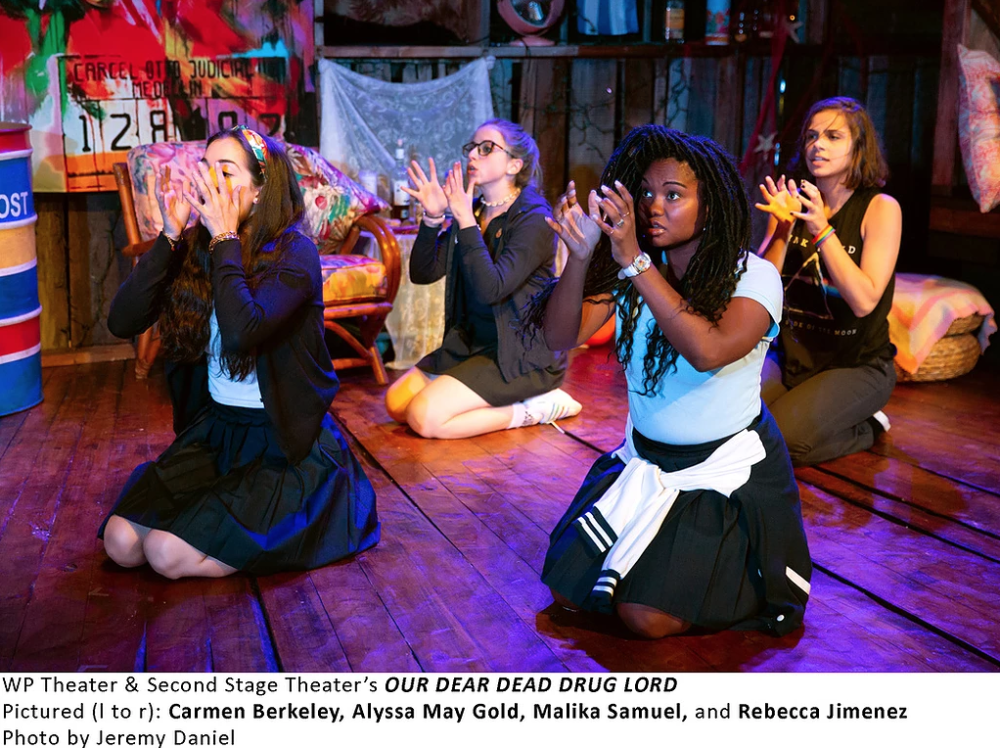