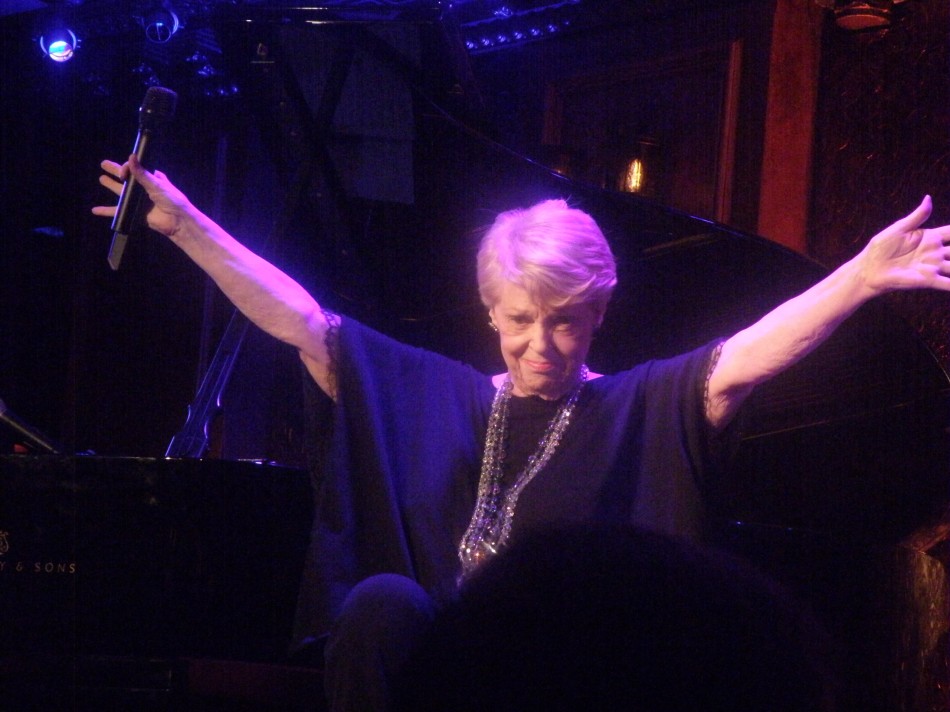 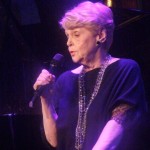 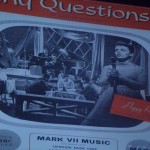 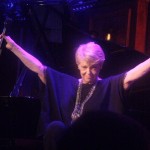 For those of us of a certain age, we remember Peggy King as “perky Peggy King” of the George Gobel Show, one of the big hit television series of the 1950’s.  She was also a stellar Columbia Records recording star, guest starred on several great 50s television series, and appeared in many Broadway musicals on the road and especially at the St. Louis Muni.  Contemporary people will recognize her from her recent vocal appearance in the HBO special “Behind the Candelabra” on which she sang “When Liberace Winks At Me.”  King, now in her early 80s, lived for many years in Philadelphia, had not sung in public for many, many years.  She retired from singing when she married a prominent Pennsylvania businessman.  Now widowed, one night she walked into a local jazz club and was impressed with the All-Star-Jazz-Trio, consisting of Andy Kahn, piano, Bruce Kaminsky, bassist, and Bruce Klauber, drums.  Inspired by their playing, King contacted them and began to sit in at local gigs.

The act at 54 Below, which was attended by many New York cabaret performers, composers and critics, began with a wonderful series of instrumentals:  “Stompin’ at the Savoy,” “Lil Darling” (featuring Kaminsky,) “Yesterdays” and “Caravan” spotlighting Klauber.  Then we were treated to a television appearance of young Peggy King on the Steve Allen TV show doing a great swing version of “You Took Advantage of Me.”  King made her entrance, singing “While We’re Young” demonstrating that her voice has lost none of its special purity.  There didn’t seem to be changes in keys as some singers are forced to do when they reach her age, and her phrasing and acting chops were a revelation.  She gave a brief history of her years as a band singer for Charlie Spivak and how she auditioned and won the female singer part in a Mel Torme TV series.  She described how much she learned from Torme and honored him by singing a great “Born To Be Blue.”

What followed was a series of her own personal favorites, most of them sung with the unfamiliar verses.  When she sang “Where or When,” the years melted away right in front of your eyes and she was suddenly the young Peggy King we remembered.  She also did a wonderful thing that I have only heard Beryl Davis do years ago on live TV on Peter Potter‘s “Juke Box Jury.“  After she had sung the familiar chorus of the song, and her great musicians did their virtuoso work on the melody, she sang the verse before she sang her second full chorus.  Kahn’s arrangements and accompaniment were exquisite on this song and every other one!

Arthur Hamilton was a good friend of hers and he wrote one song especially for her which Mitch Miller wouldn’t let her record.  “Cry Me A River” was a tour de force of dramatic intensity and muted power.  And her second Hamilton selection was “Any Questions,” which was the only full musical number in Jack Webb’s “Dragnet” series.  Almost all the standards sung were performed with the seldom sung verses and she elicited Brava’s after several.  Brought back for the crowd demanded encore, she chose an obscure Vernon Duke-E. Y. Harburg number that she had given to Kahn only two weeks ago, stating that she was a good friend of “Yip.”  It was the beautiful “What Is There To Say,” and she artfully negotiated Harburg’s tricky but appropriate rhymes.

One of her future engagements will be a celebration of her next Birthday at the RRazzRoom in New Hope, Pennsylvania on February 16th.  There are several of her 2013 appearances on youtube.com and you can see her performing with The All-Star-Jazz-Trio.  All I can say, is welcome back Peggy King!  We need this kind of purity today!