“Perfect Pairs” at The Palace with Christine Pedi & Johnny Rodgers 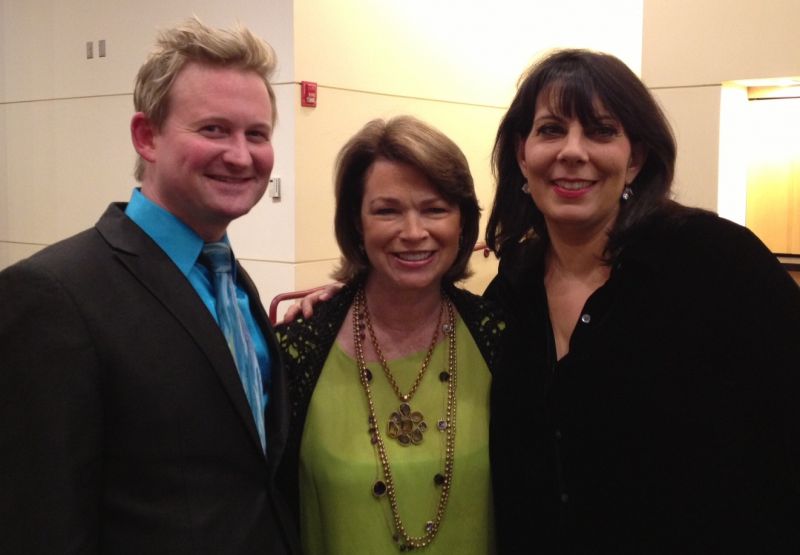 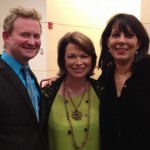 Christine Pedi & Johnny Rodgers are a winning “Perfect Pair” in the Broadway/Cabaret/Jazz Series at The Palace Theater at The Stamford Center for The Arts hosted by Lynn DiMenna on Oct. 18, 2013

Lynn DiMenna has produced and is hosting a terrific new series of “Perfect Pairs” featuring stars of Broadway, Cabaret and Jazz on the Harman Stage of The Palace Theater of The Stamford Center for the Arts.  The second show of the series took place on Friday, Oct. 18th, 2013 starring Christine Pedi & Johnny Rodgers, and this was the premiere of their new show, “Heartthrobs & Bombshell’s at the Movies” beginning in the 1920’s to the present.

Christine is a musical theater singer and comedienne who starred for many years in Forbidden Broadway and currently in the Off-Broadway revue NEWSical The Musical. Johnny Rodgers is an internationally celebrated singer-songwriter, pianist, and recording artist who has traveled with his band to many countries as an “Ambassador of Music” for the US State Dept. Johnny and his band have been together for 11 years with Joe Ravo on guitar, Brian Glassman on bass, and Danny Mallon on drums.

Christine and Johnny opened with an fun arrangement of “Tonight” with “The Way You Look Tonight” and then a duet of “Tonight You Belong To Me” as they talked about the first screen idol, Valentino from the silent movies, and the famous crooner “heartthrobs” Rudy Vallee and Bing Crosby. Both men recorded Cole Porter’s “Let’s Do It” that they sang as a duet, a song considered a racy song for the time.  In the 1930’s, the “Bombshell” of the day was the animated Betty Boop and Christine sang “I Wanna Be Bad” in Betty’s high-pitched Boop-style. Johnny sang a great rendition of the classic “As Time Goes By” from Casablanca, which was voted one of the most popular songs in movie history, second only to “Over The Rainbow.”  They talked about other “Perfect Pairs” of the time, Myrna Loy & William Powell, Jeanette McDonald & Nelson Eddy, Judy Garland & Mickey Rooney, and, of course, Fred Astaire and Ginger Rogers singing “I Only Have Eyes For You” and Johnny with his own jazz arrangement of “Cheek To Cheek” from Top Hat.

In the 1940’s the blonde bombshell was Betty Hutton and Christine sang, “Rumble, Rumble, Rumble” with all of Hutton’s energy.  Gene Kelly and Judy Garland’s “For Me & My Gal” was sung as a duet and Johnny scored with Frank Sinatra’s hit from the film of the same name “Tender Trap.” As the 50’s rolled around, Doris Day was top box office and Christine sang a parody lyric of “Que Sera, Sera” about Doris being the eternal screen virgin.  In the 60’s, Ann-Margret was the screen’s bombshell and Elvis Presley, the heartthrob, and Christine & Johnny sang a medley of songs from their films.

The second act opened with Christine singing Kander & Ebb’s “But The World Goes Round” that Liza Minnelli introduced in New York, New York.

The James Bond films were represented with Johnny’s great rendition of “Nobody Does It Better” from The Spy Who Loves Me. No film retrospective would be complete without the enormous influence of Disney musicals which included, to name only a few, “Kiss The Girl” from Little Mermaid, “Can You Feel The Love Tonight” from Lion King, “Bella Note” from Lady & The Tramp, “A Whole New World” from Aladdin and “Beauty and the Beast.”

Coming into present times, Christine sang Madonna’s sexy rendition of “Sooner or Later” from Dick Tracy and Johnny sang Randy Newman’s song from the film 91/2 Weeks, “Leave Your Hat On.”  They closed with a pleasing duet of “They Can’t Take That Away From me.”

The best part about the “Perfect Pairs” concept is that you would never think of some of these performers working together, but they each bring out a different part of the other that you would never have seen before.  Christine is known for her many voices, so it would have been amazing, at the end, if she had summed up the female characters or sung a number with her showstopper imitations.  The show as it is now, tries to take on too much history at one time, but since this was the premiere, and once they tighten it up, this talented duo, Christine, “the bombshell” and Johnny, “the heartthrob” will have a terrific show and vehicle to bring to audiences around the country.

Next Up in the Series:

Harman Stage of the Stamford Center For The Arts