Perfect Pairs at the Palace 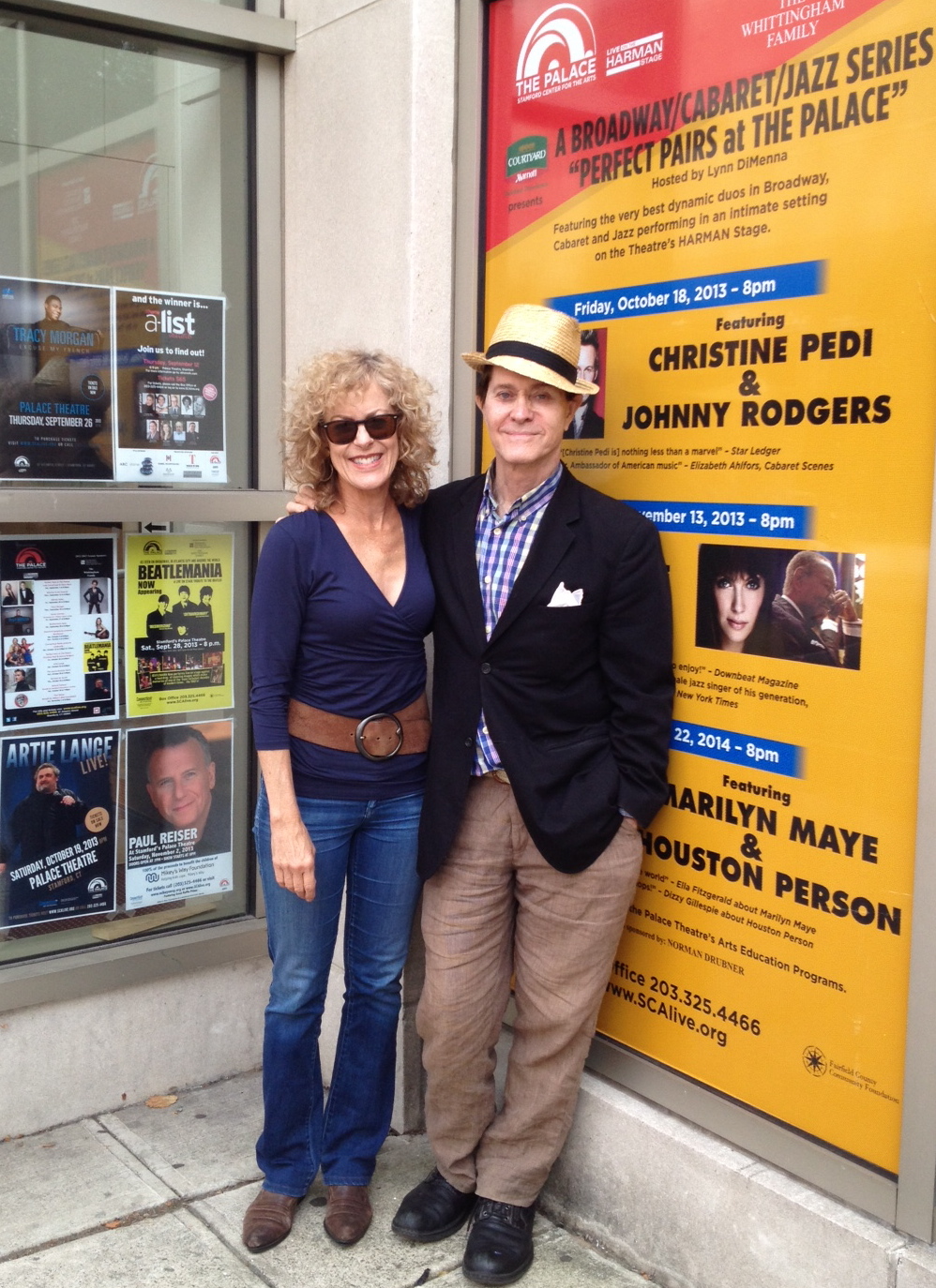 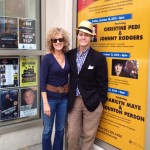 Judy & Steve at The Palace 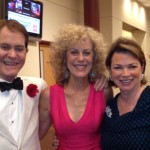 Everyone wants to play The Palace and  on Sept. 7th “Perfect Pairs,” a new series featuring Broadway, Cabaret and Jazz stars, was launched at The Palace Theater in Stamford, Ct with Steve Ross and Judy Carmichael and hosted and produced by Lynn DiMenna.

Part of The Stamford Center For The Arts, this four concert series featured it’s first Perfect Pair and, if this was any indication of the quality of the shows, everyone is in for a real treat in the next few months.

Judy Carmichael is a Grammy nominated pianist/singer and one of the world’s leading interpreters of swing and stride piano, a technically and physically demanding jazz piano style. The NY Times said that she is “astounding, flawless and captivating” and she was all of that and more in this concert.

Steve Ross has been dubbed “The Crown Prince of NY Cabaret” and performs in symphony halls, festivals, and intimate boites across the country and around the world. He has a huge knowledge of the history of popular American music and is one of the outstanding interpreters of Cole Porter, Noel Coward and other legends.

The audience was seated on the huge stage of The Palace Theater cabaret style with the stars facing each other seated at two Steinway Concert Grand pianos.  This created an intimate setting and made the show even more exciting.

Steve and Judy opened playing and singing “I Got Rhythm,” each taking masterful turns playing solo and together.  From then on, there was one thrill after another, each with their fingers flying over the keyboards and singing with great style.  They played off of each other with such standards as “You’re Driving Me Crazy” to “The Devil And The Deep Blue Sea” taking the melodies to places unknown before coming back to earth. Judy left the stage for Steve to jam on “I Love a Piano,” sing a tender “Old Friends” from Getting My Act Together, and Cole Porter’s “I Get A Kick Out of You.”

The patter was lively and fun as they kidded each other and spoke of how they met 18 years ago and worked together often.  Judy soloed on a Benny Goodman tune “Where All of the Cats Join In” and a lesser-known Fats Waller song, “Come and Get It.”  Steve and Judy were able to get up from the piano and take the microphone for solos as each accompanied the other, Judy with “Gee, Baby Ain’t I Good to You” and Steve with the bouncy “Love Is Just Around the Corner.”

They closed with the concert version of “Honeysuckle Rose” and their piano playing and performance was so extraordinary and brilliant that the 90-minute concert just flew by. Steve and Judy were having as good a time as the crowd and their singing and playing seemed so effortless that it was infectious. The audience clamored for more and wouldn’t let them off the stage.

What an auspicious beginning to a star-studded series that is not to be missed.

On Friday, Oct. 18th another incomparable pair will entertain – Johnny Rodgers and Christine Pedi.  Wednesday November 13th, Jazz singer Hilary Kole with Freddy Cole (Nat’s brother).  The Series will end with a bang on Jan. 22, 2014 with the one and only Marilyn Maye and Houston Person.

For Tickets and more info on other events coming up at The Palace: