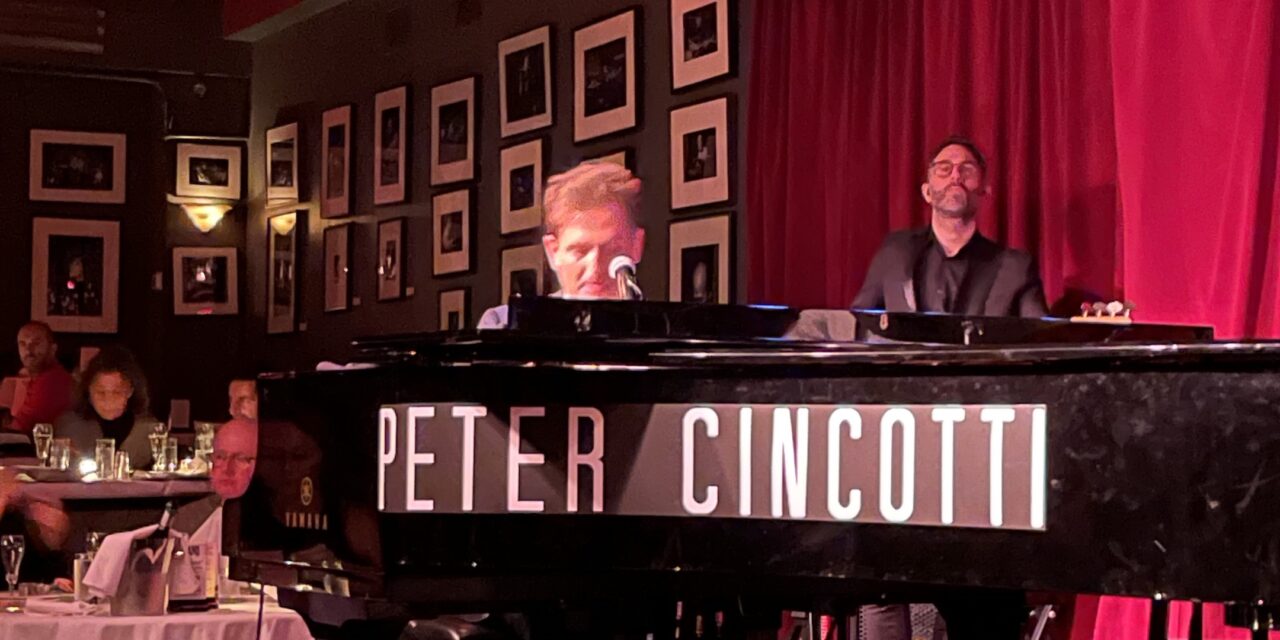 Native New Yorker, singer-songwriter, Peter Cincotti, has been playing professionally since his early teen years—and for the many who’ve followed his career since then, the rewards have flowed. Savvy marketing aside (he’s got a glam image and a keen sense of presentation—but then, he is young and sexy), Cincotti is deeply talented. Over the years he’s demonstrated that as a songwriter he has chops in both melody and lyric. His style has evolved from mostly jazz to a fusion of jazz with blues, pop and a touch of rock. The swinging opener, Larry Neeck’s “Killer on the Keys” instantly defined Cincotti’s cross-genre approach to the music. Part of the magic is in sound design—amped up but still subtle. Choice of sidemen is critical too. Drummer Joe Nero and trumpeter Tony Glausi (himself a composer and keyboard artist), plus Lex Sadler, a virtuoso on electric base and synth, fall into a perfect groove with the man at the piano—these are cats that are young, hip and very cool.

Blending genres works with Cincotti’s smart arranging. Old classics, such as 1928’s “Sweet Lorraine” (Cliff Burwell, Mitchell Parish) and the encore number of 1914’s “Saint Louis Blues” (W.C. Handy) got a juicing up that supports the notion that the relevance and viability of these older tunes in the jazz canon will stay strong. The seeds of Cincotti’s growth were planted in his first album, the eponymous, Peter Cincotti, and his first released single, “Sway” (Luis Demetrio, Pablo Beltrán, Norman Gimbel) in 2003. Michael Bublé’s version of the same tune also came out that year coincidentally, but there are many who consider Cincotti’s more direct and subtle interpretation (without Bublé’s glitz) the definitive one. It was swell to hear it included in the set. For a frame of reference, and certainly not a comparison, Cincotti is cut from the same musical cloth as that other New Yorker, Billy Joel. His closer of Joel’s “New York State of Mind” with the Cincotti touch, dipped further into jazz than into pop-rock, which, over all, is an anchoring, defining approach to Cincotti’s music.

During the pandemic lockdown, Cincotti wrote “Heart of the City,” which became part of the massive (successful) drive to save Birdland from closure. The song is like an arrow that goes to the core of what makes New York great, and it reflects the essence of Cincotti as a real New Yorker, an authenticity that colors his presentation. He frequently gets up from the piano bench and speaks charmingly and enthusiastically to his audience. Like any true New Yorker he’s direct, with no nonsense, but also likable and real. And he deeply feels his music. A new tune, a blues-based “Slow Down Christmas,” written with Jim Brickman, was delivered as a solo piano piece, underscoring Cincotti as a performer of depth. At the piano, sans band, his vocal ability also comes across clearly; like many singing pianists, the tone takes second place to piano skills, but his delivery is smooth and pleasant, as well as earnest—and he knows how to nuance his vocalizing, creating a sensible story arc without the need of vocal tricks or belting.

The combination of likability, sincerity and plenty of talent on Cincotti’s part is a no-miss recipe for solid entertainment. He’s one who’s constantly striving and growing. His personal experience shapes his songwriting. And he knows upon whose shoulders he stands as an artist and creator of music—respect. Best of all, Cincotti’s questing nature is open to view. It’s a personality trait that’s not only laudable, but enticing—begging the question of this young, talented music maker: what wonderful things come next?