PETER CINCOTTI AT THE CAFÉ CARLYLE 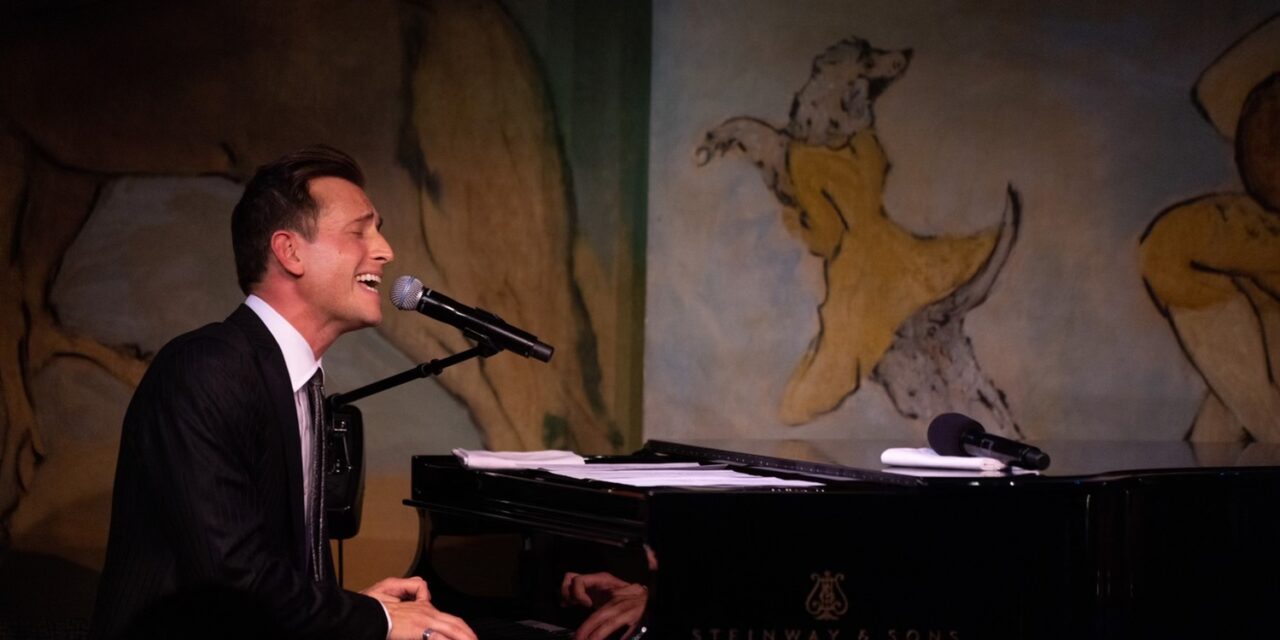 Peter Cincotti, virtuoso jazz pianist and vocalist, is back in town right where he belongs and is very much in a “New York State of Mind” (yeah, it was his rousing closing number). This all-new set, which opened Tuesday night Sept.20th at the Café Carlyle and runs through Saturday night Sept. 24, is filled with standards and original compositions in deft service to his particular brand of showmanship. Backed by an awesome four-piece band, and with Cincotti on the piano playing everything with a gentle caress to a fierce intensity, the packed opening night crowd could have hung till dawn.

Cincotti, a native New Yorker and once a child prodigy, has none of the trappings of someone whose been there/done that. He is an eager performer, who’s been live in front of audiences since the age of eight. To honor artists who have long had influences on him, he chose certain songs associated with some of the greats he met over the years. Having once opened for Ray Charles, he honored him with a tender rendition of “You Don’t Know Me.” Those who also lent him inspiration had him working in the styles and rhythms of Scott Joplin, Elton John, Lady Gaga, Bill Evans and Coldplay. As he said, “it’s a kind of crazy glue between generations of pianists.”

A few of the songs in the show are from his upcoming album “Killer on the Keys.” If the title song is any indication of what’s in store, he’s going to have a hit on his hands. The performances of his original material last night offered a unique and tantalizing glimpse of the dedication and passion he puts into his art. Crooning in a voice that Cincotti knows exactly how to utilize to maximum effect, it matters little he doesn’t possess an instrument with a broad range. Neither did Nat King Cole, to name another of his idols, who few criticized for sounding similar in his multitude of recordings.

Cincotti told some of his backstory in short segments, though could easily fit more into the act and still remain on confident and equal footing with his singing. He did drop assorted tasty tidbits along the way like being discovered while still a teenager by legendary record producer Phil Ramone (who worked with Paul Simon and Billy Joel among countless others), which resulted in Cincotti’s debut album reaching #1 on the Billboard jazz charts, making the eighteen-year-old the youngest artist ever to do so. To paraphrase: “He could have talked all night.”

For a change of pace, Cincotti shared the stage for a duet with Broadway veteran Jessica Vosk (Elphaba in Wicked). Funnily, they had never met until last evening and didn’t get the chance to rehearse. “When I heard she’d be here, I texted her and we talked about some stuff,” was how he explained how it came to be. Of course, they managed their duet of Kander and Ebb’s “Nowadays” from Chicago beautifully and, when it was over, Cincotti called out to Vosk as she went back to her seat. . . “Nice meeting you!”

Opening the show with “Raise the Roof,” Andrew Lippa’s anthem from the relatively obscure Broadway musical The Wild Party, was a bold choice. You’d have thought he’d have no place to go after that, but for Peter Cincotti, the sky’s the limit. Spending time with him is partying with someone in total control of the proceedings. And if the Carlyle one day installs seatbelts, he’ll probably be one of the reasons why.