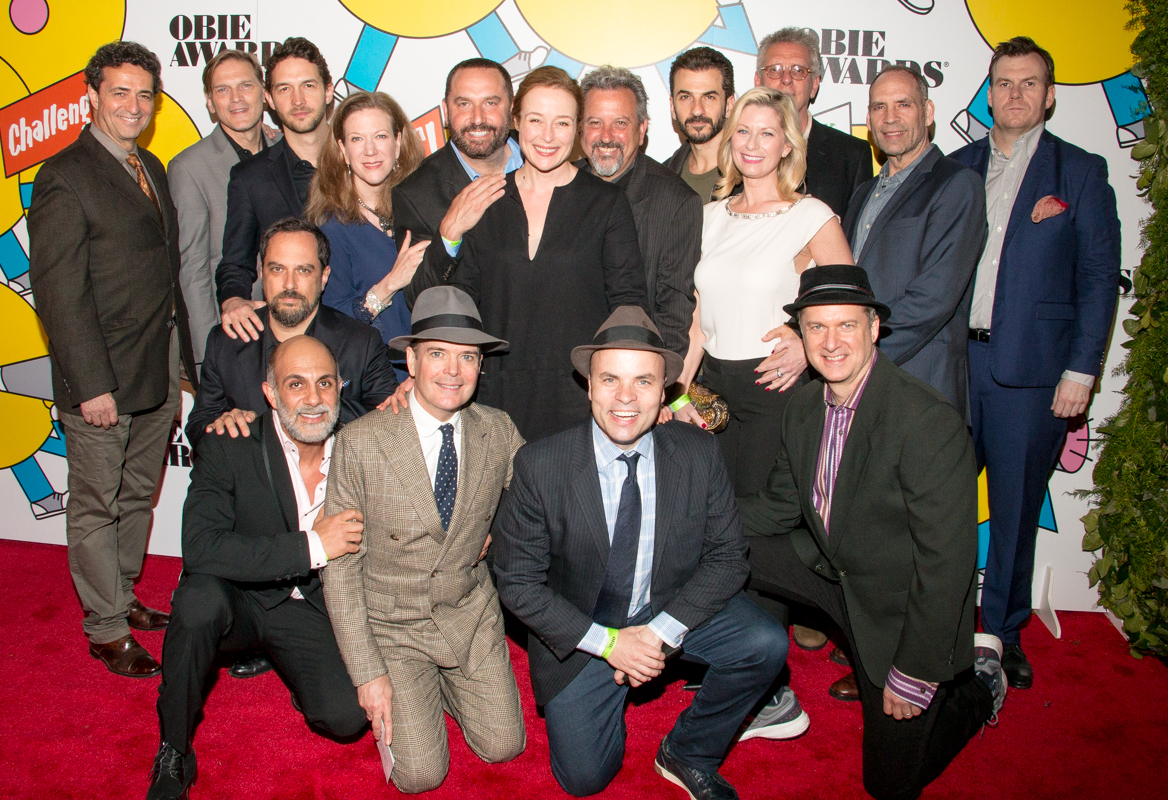 The evening’s festivities, which were live-streamed on the official Obie Awards Facebook page and included an opening number featuring Obies host Lea DeLaria. In addition, special performances were given by Katrina Lenk who performed “Omar Sharif” from The Band’s Visit; Kecia Lewis, Austin Reed Alleman, Jessie Shelton, Storm Thomas, and William Youmans who performed “There’s Only What I Know” from The Skin of Our Teeth; The Fantasticks’ Daniel Bellomy who performed “Try to Remember” as part of the In Memoriam; and a rousing finale “Let the Sunshine In” honoring the 50th Anniversary of Hair performed by Lea DeLaria, Obie Award winner Daphne Rubin-Vega, and Lena Hall.

Theater Pizzazz’s JK Clarke was on hand for the red carpet arrivals — see the image gallery below.