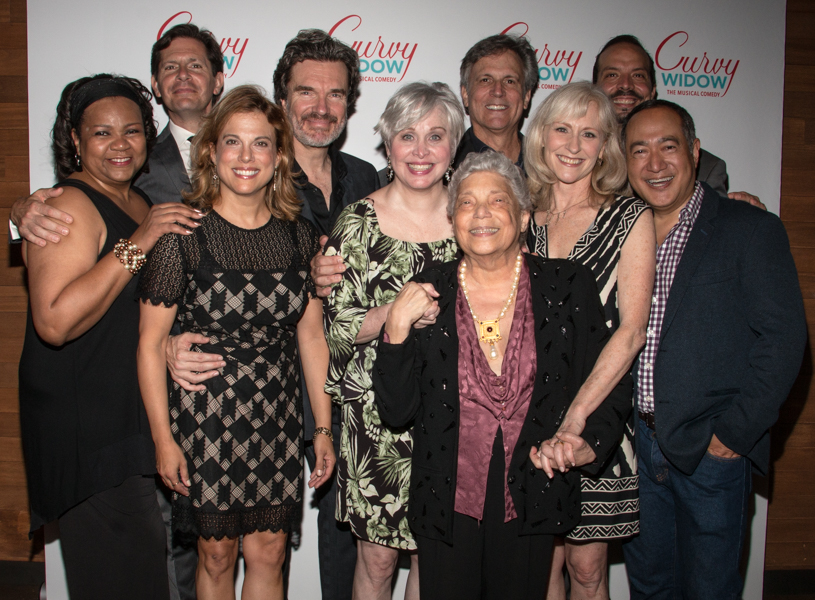 Thursday evening, August 3, saw the opening of the new musical comedy Curvy Widow at the Westside Theatre. With Book by Bobby Goldman, Music  & Lyrics by Drew Brody and directed by Peter Flynn, the production stars Nancy Opel (Broadway: Honeymoon In Vegas, Urinetown, The Toxic Avenger) in the the semi-autobiographical adventures of a gutsy, recently widowed 50-something woman struggling through the modern dating scene.

Theater Pizzazz’s JK Clarke was on hand for photos for the curtain call and after party at Burgers and Lobster in Times Square.