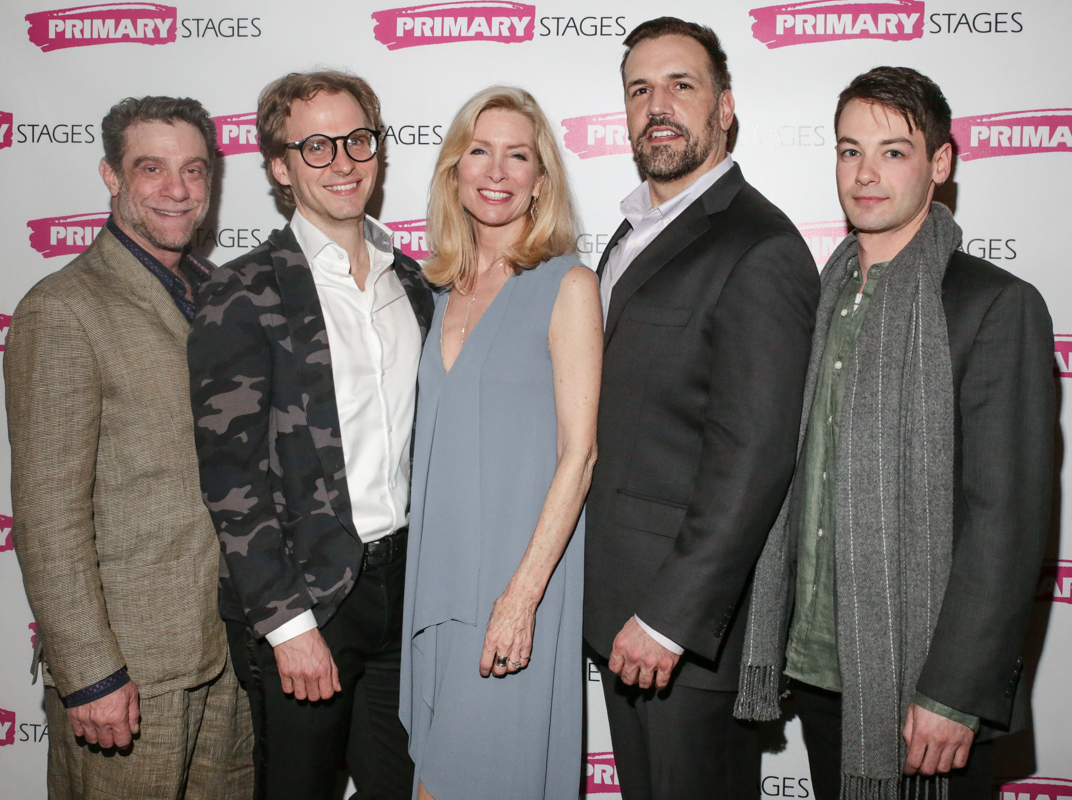 Daniel’s Husband opened last night at the Cherry Lane Theatre followed by an after party at Sushi Samba where cast members and guests celebrated.  Theater Pizzazz’ Emma Orland was on the scene.

The play by Michael McKeever is being presented by Primary Stages, in association with Ted Snowdon, in its  New York Premiere. In Michael McKeever’s play, we see Daniel and Mitchell enjoying life as the Perfect Couple. Perfect house, perfect friends, even a mother who wants them to wed. What isn’t perfect is that Daniel longs to be married and Mitchell does not. A turn of events forces both men to face the consequences of their opposing views, and they learn that they are living in a world where fundamental rights aren’t always so fundamental. Proclaimed by the Miami Herald as “beautifully crafted, powerfully realized and emotionally devastating,” Daniel’s Husband takes an unflinching look at how we choose to Tie the Knot, or not, as well as other important life issues.  The play runs thru April 28.