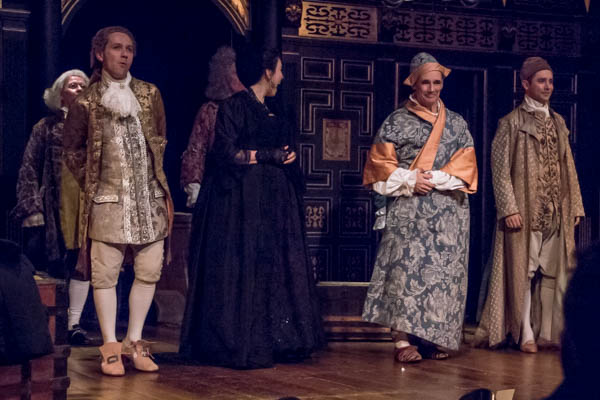 The evening of Sunday, December 17 saw the Broadway opening of Claire Van Kampen’s new play, Farinelli and the King, starring three-time Tony Award and Oscar-winning actor Mark Rylance at the Belasco Theatre. The story of a divinely voiced castrato, Farinelli (Sam Crane) who captivates the soul of King Philippe V of Spain, Farinelli is directed by John Dove and originated at the Globe Theatre’s Wannamaker Playhouse in February 2015.