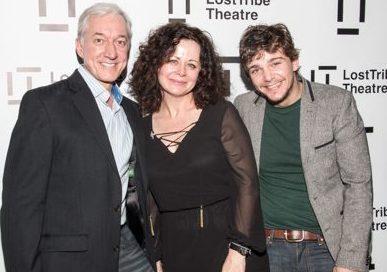 In 2003, Jonah is 26, Otto, 57 – two men different in every way. But not everything is what it seems when their two lives collide one summer’s night in a mysterious walled garden on the south coast of England. As their stories of love and loss unravel in front of us and memories of the past unturned come to light, on parting, neither can be the same again. Robert Holman’s “intricately layered creation, brimming with emotional wonder” (The Independent) is a deeply humane, funny and ultimately haunting exploration of what it is to be alive.

Theater Pizzazz’s JK Clarke and Emma Orland were on hand for the opening night cast party at Theatre Row attended by first nighters including Carol Kane, Lucy Devito and Elaine Joyce. See the photos below.