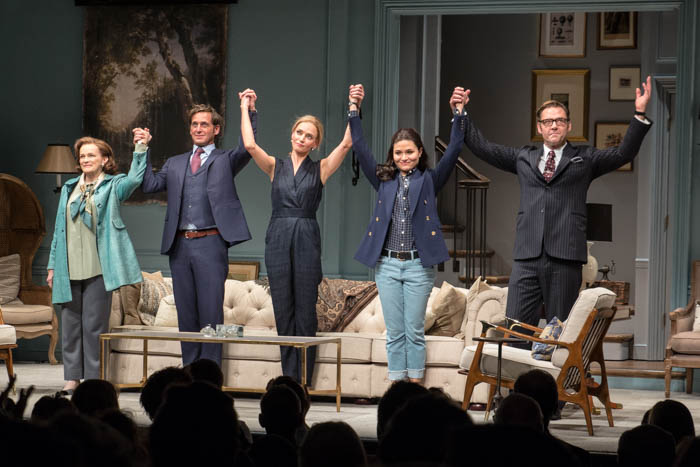 Thursday, November 30, Beau Willimon’s The Parisian Woman opened on at the Hudson Theatre, ushering in with it Uma Thurman’s Broadway debut. Directed by Pam MacKinnon, The Parisian Woman is set in the present in Washington D.C., following the 2016 election, and follows the tribulations of Chloe (Thurman) a socialite with an uncertain future. Alongside Ms. Thurman, the five member cast also features Josh Lucas, Phillipa Soo, Blair Brown and Marton Csokas. The play