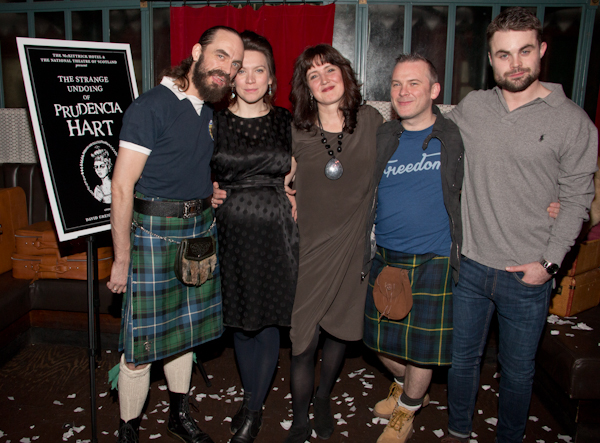 The show is being performed in the McKittrick Hotel’s bar and music venue, The Heath, which has been transformed into a high spirited Scottish Pub for the occasion, a unique and perfect setting, especially since The Strange Undoing of Prudencia Hart features a full Scottish cast (and was originated there) from the National Theatre of Scotland. The story unfolds around its audience in the bar, weaving an ingenious, lyrical and enchanting story told with live music throughout. Click here for Theater Pizzazz’s review.

Theater Pizzazz’s JK Clarke and Monica Charline Brown were on hand for the curtain call and after party cast photos. The Strange Undoing of Prudencia Hart plays at The McKittrick Hotel’s The Heath (542 West 27th Street) through January 29, 2017.