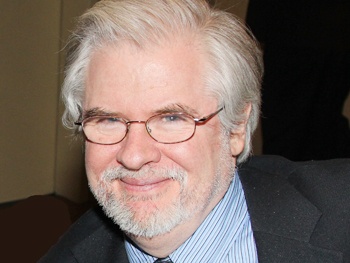 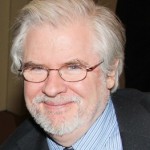 Playwright Christopher Durang – who won his first Tony Award in 2013 for his comedy VANYA AND SONIA AND MASHA AND SPIKE on Broadway – will make his debut in the role of Vanya when the play is presented at Bucks County Playhouse (70 S. Main St) in New Hope, PA. From July 17 to August 10, it has been announced by the Playhouse’s newly-appointed producing team — Producing Director Alexander Fraser, Executive Producer Robyn Goodman and Producers Stephen Kocis and Josh Fiedler.
The cast of the play – which is set in Bucks County – will feature Mr. Durang (in the role performed on Broadway by David Hyde Pierce), and Marilu Henner, the beloved actress best-known for the long-running TV series TAXI. In VANYA AND SONIA AND MASHA AND SPIKE, Ms. Henner plays an actress whose narcissism exceeds her accomplishments as a B-movie star, and Mr. Durang plays her brother. Additional casting to be announced.
The production is directed by Sheryl Kaller, director of Terrence McNally’s MOTHERS AND SONS, which had its world-premiere at Bucks County Playhouse prior to its Broadway debut on March 24, 2014. MOTHERS AND SONS is the first play in over 40 years to debut at BCP prior to a Broadway transfer: others include Neil Simon’s COME BLOW YOUR HORN and BAREFOOT IN THE PARK, and Hume Cronyn and Jessica Tandy in THE FOUR-POSTER.