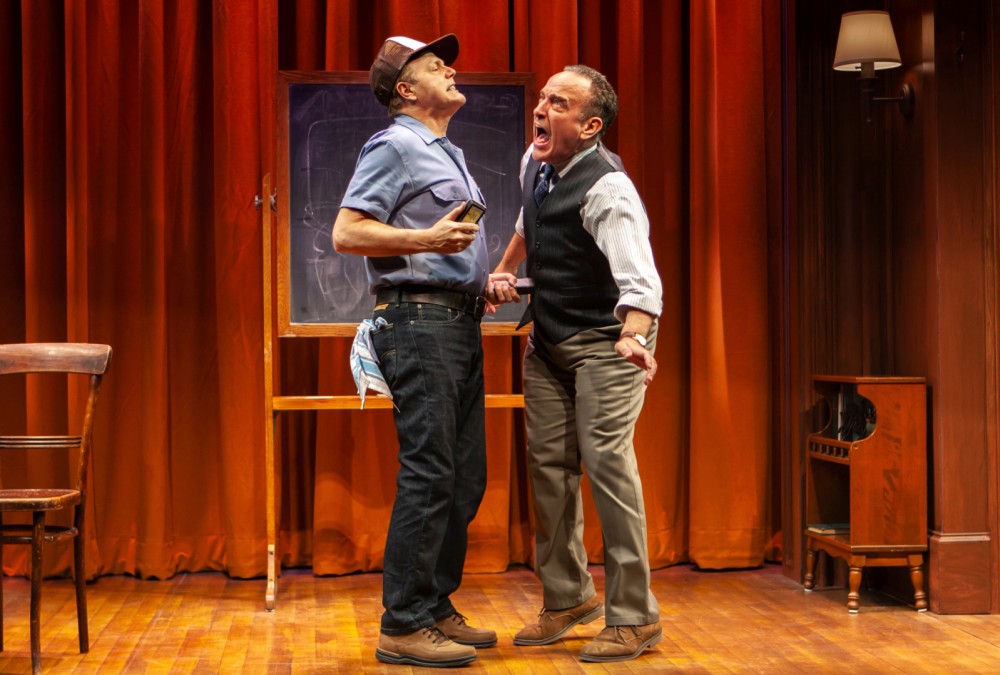 Meet the 21 townspeople who live in Popcorn Falls, where the waterfall has dried up, the town is teetering on bankruptcy and the new Mayor is having mic problems in Town Hall while preparing to introduce the CEO of Cattaraugus County, Mr. Doyle, who can save the town just by writing a check. “Can you hear me now?” cries Mr. Trundle (Adam Heller) as he yells out to the janitor Joe (Tom Souhrada) who’s trying to fix the squirrel eaten wiring.

This is one wacky, funfilled absurd adventurous two-hander (yes, I said two) who take on 21 different roles to prove that art can save the world! With the clever use of a chalkboard designating scene locations; a piece of this n’ that – a shirt becomes an apron or a baby dress, a sweater morphs into the appearance of a cat, add hats, glasses – we get to meet many of the zany residents of Popcorn Falls. On some levels think Noises Off as two doors open/close/slam while set pieces of chairs and tables are swiftly moved back and forth by Adam Heller and Tom Souhrada in this wackadoodle script written by James Hindman. 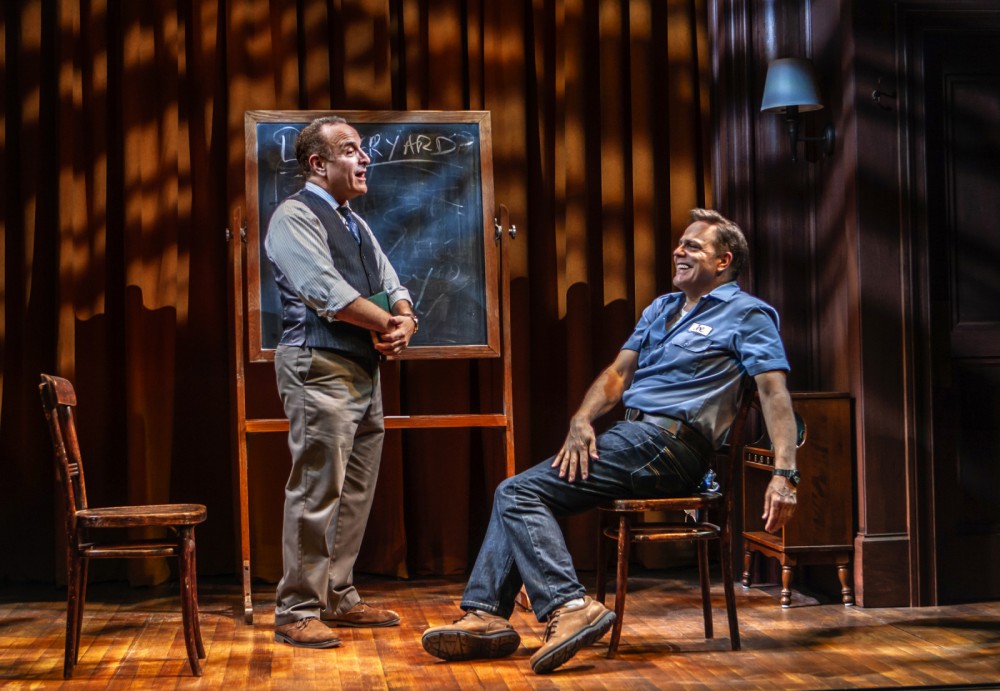 When the evil Mr. Doyle (played by Souhrada), accused of stealing the town’s water supply, appears before the town to present a much-needed check to help the town survive, he instead announces the closing of the library, schools, health clinic, town pool, post office and much more, actually . . . the entire town. . . in order to demolish and repurpose it all into a sewage treatment plant. Ah, but there is light – he does have a check, a grant from the Arts Council to go to the theater. But the town has no theater… a conundrum to say the least! He’s also aware of Trundle’s alcoholic background; that he was fired from his former Mayor’s job and nails him “So you found your way here – to The Island of Misfit Toys. All that’s left in Popcorn Falls are the parched kernels too apathetic to pop from the pan.” But Trundle is a fighter with his own plan of attack. 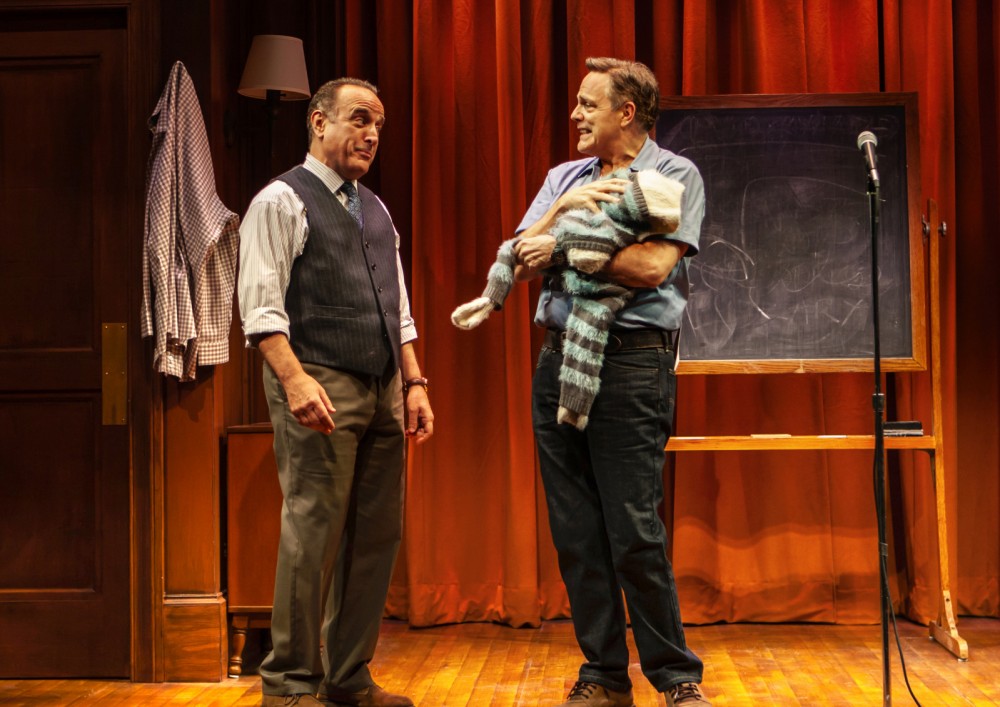 It is now up to the Mayor to devise a very intricate plan to save the town – just create a theater and a play within one week! In the mix, we meet Becky (Souhrada), at the Sudsy Mug (the local café), who becomes a love interest to Trundle. He visits Ms. Parker, the cat-carrying, unmarried theatrical librarian and Mrs. Stepp -a tough, chain smoking teacher on the prowl (who knows how to make costumes, design wigs, do make up) as he pleads to enlist their help for the project at hand.

Auditions ensue as the town folk come to Try Outs. Young ditzy Margie. . . you know her – on her cell, taking selfies, dumb blonde type-giggling  – – “Is acting when you cry. . . because I cry all the time. Does that make me a good actress?;” Hans, a monocle wearing German obsessed with Fred/Ginger movies – the town’s mortician. *Note: all above characters and more are played by Souhrada in the flash of a second. 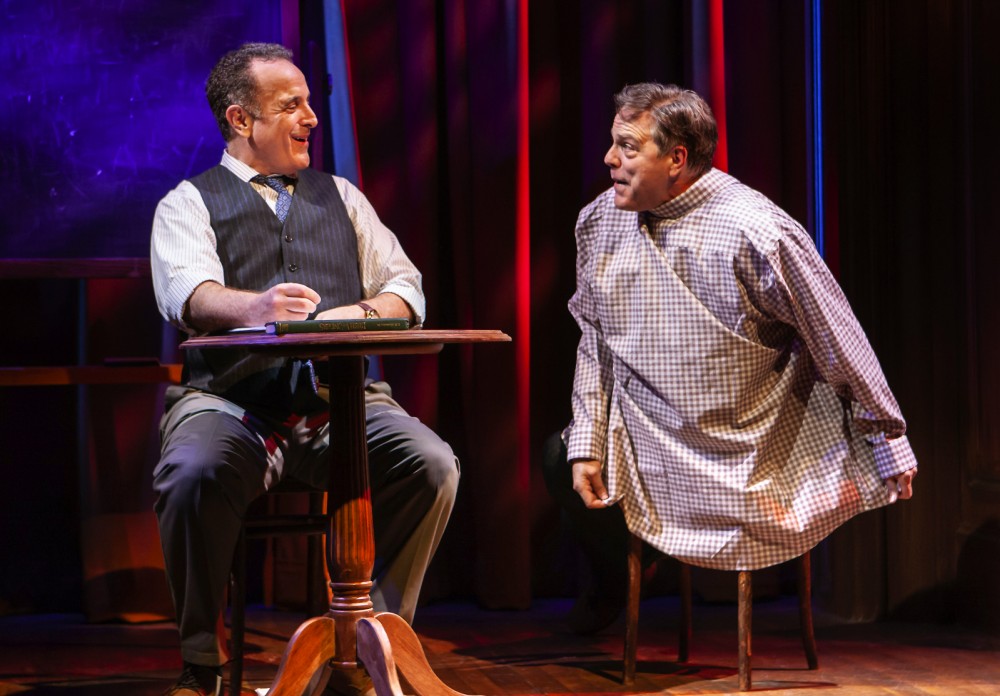 They rehearse at the Lumber Yard and after much ado deciding on a play title, come up with . . . “The Play” where it’s one silly, but clever and well-timed, misstep after another.

Scenes are interspersed with more poignant moments as Trundle’s life story unfolds to Becky while their relationship grows. And with all the additional characters in this kooky world of Popcorn Falls, Heller has the opportunity to morph into some of them. This twosome are a perfect pair of well seasoned actors who transform and move at lightening speed, assuming characters with a wink, accent, walk or speech pattern.

Tony Award Winning director Christian Borle (making his New York directorial debut) shows his muster orchestrating Heller and Souhrada, as they jump through hoops of delightful fun in 80 minutes of silliness that put a smile on the audience face and make for eruptions of laughter.

With original music by Jeffrey Lodin, the minimal set design by Tim Mackabee, lighting by Jeff Croiter and costumes by Joseph La Corte, this is a great get-a-way from the other craziness we’ve come to call everyday life! 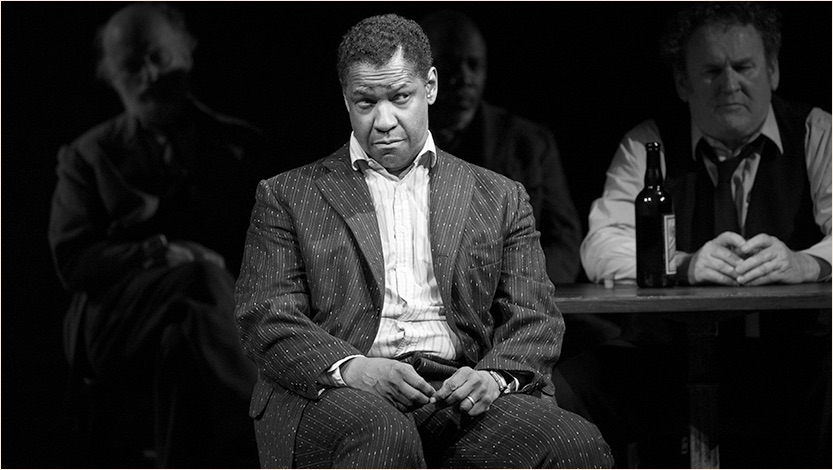 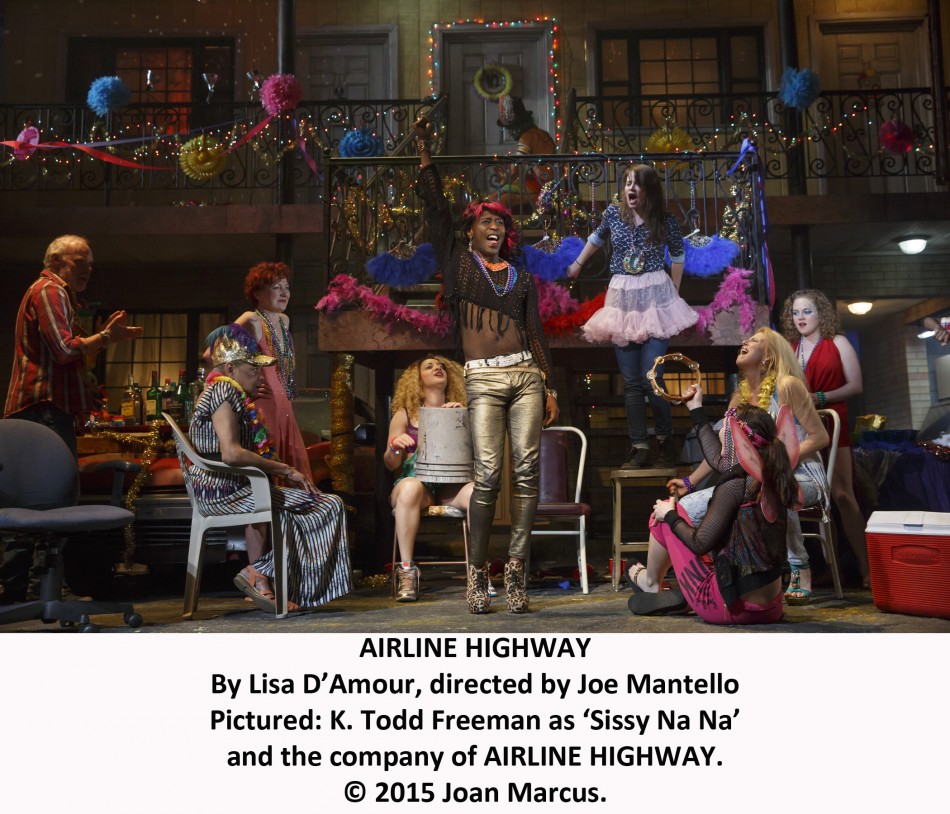