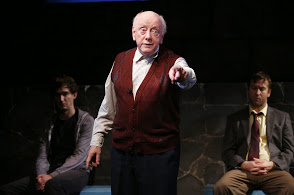 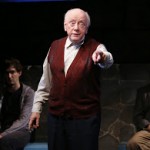 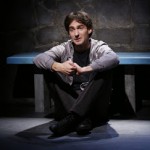 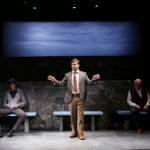 Despite its sinewy poetic language and incisive characterizations, the lack of overt dramatic action in Conor McPherson’s Port Authority is something of a drawback. The play, now in revival by the Irish Repertory Theatre (in its temporary quarters at the DR2 Theatre while its regular digs are renovated), premiered at Dublin’s Gate Theatre in 2001 and had its first New York production in 2008 at the Atlantic Theater Co. It depicts three commonplace Dublin lads, cutting across three generations: Kevin, around twenty, Dermot, in his thirties, and Joe, over seventy, who recite monologues of love, longing, loss, recollection, and regret. Port Authority, one of several monologue plays by McPherson, differs sharply from his highly regarded conventional dramas, such as The Weir, The Seafarer, The Night Alive, and Shining City.

The structure is similar to that of Dylan Coburn Gray’s Boys and Girls, seen at 59E59 Theaters in September. In both plays the characters sit in a neutral space; each rises in turn to begin their story, only a portion of which is delivered before the next character does likewise, creating a pattern that continues through the entire piece until each narrative is completed. None of the stories has much to do with any of the others, nor does anyone take cognizance of the others. The principal focus is on the rich, Irish-accented language and the feelings of the articulate, often profane, and emotionally expressive characters as their stories counterbalance one another. And, naturally, where contemporary Irish plays are found, of course, can booze and sex be far behind?

McPherson writes that “The play is set in the theatre,” but the 2008 version used one of those large, old-fashioned, transport terminal benches, placed before a brick wall, even though the play’s title has nothing to do with any literal Port Authority. (What it means is anyone’s guess.) Charlie Corcoran’s set is more literal, with three small benches placed before a two-tiered stone wall. A traditional street lamp stands down right. Michael Gottlieb’s sensitive lighting suggests evening, and he embraces each character with dimming haloes as they return to their bench to sink back into their thoughts.

Kevin (James Russell) speaks of his having left the comfort of his parental home to move to a barely furnished residence shared with two men and an attractive woman, Clare. His is a story of youthful mingling in local dives where young people drink, hook up, and listen to bar bands. He gets involved with Trish, a curly-haired bartender, but falls for the seemingly unattainable Clare. Perhaps she shares the attraction, but when a moment to test that hypothesis arrives nothing comes of it. Even after he returns home to his mom’s clean sheets, Kevin—who acknowledges going with the flow rather than fighting for what he wants—remains embedded in that familiar shoulda, woulda, coulda syndrome.

Kevin’s story gently parallels that of Joe (Peter Maloney), an old codger with a cane living in a Catholic nursing home, from which, in one of the play’s more amusing sequences, he and his bored buddies naughtily depart for an afternoon of getting soused. Joe has received a mysterious package, but it’s not the birthday gift Sister Pat suspects. In the box is a photograph; its touching provenance gradually emerges as Joe reminisces about a beautiful neighbor of his and his wife’s with whom he once shared a moment of mutual attraction from which—technically innocent as it was—he has never recovered. Joe too, we see, went with the flow.

Dermot (Billy Carter) has not been able to succeed at anything, is overly fond of G and T’s, and is ashamed of his overweight wife. He tells us of a great job he has gotten working for an agency serving major celebrities; of his boorish, drunken behavior at his boss’s house (where he couldn’t get his eyes off the boss’s wife’s boobs); and of how—during a jaunt to L.A.—his boss told him he had been hired by mistake. Shipped back home, he discovers in his wife the kind of love to which he is probably not entitled.

Ciarán O’Reilly’s direction keeps the momentum moving, but the back and forth of the monologues, whose main interest lies in the colorful vividness of their language, grows wearisome; lopping off fifteen minutes from this ninety-minute one-act would help. James Russell plays Kevin with enthusiasm but his accent is sometimes impenetrable. Billy Carter makes a sympathetic sad sack of Dermot, but Peter Maloney walks off with the honors as the aging chap who, even in his fading days, still feels the pangs, momentary as it was, of a love he has never forgotten. 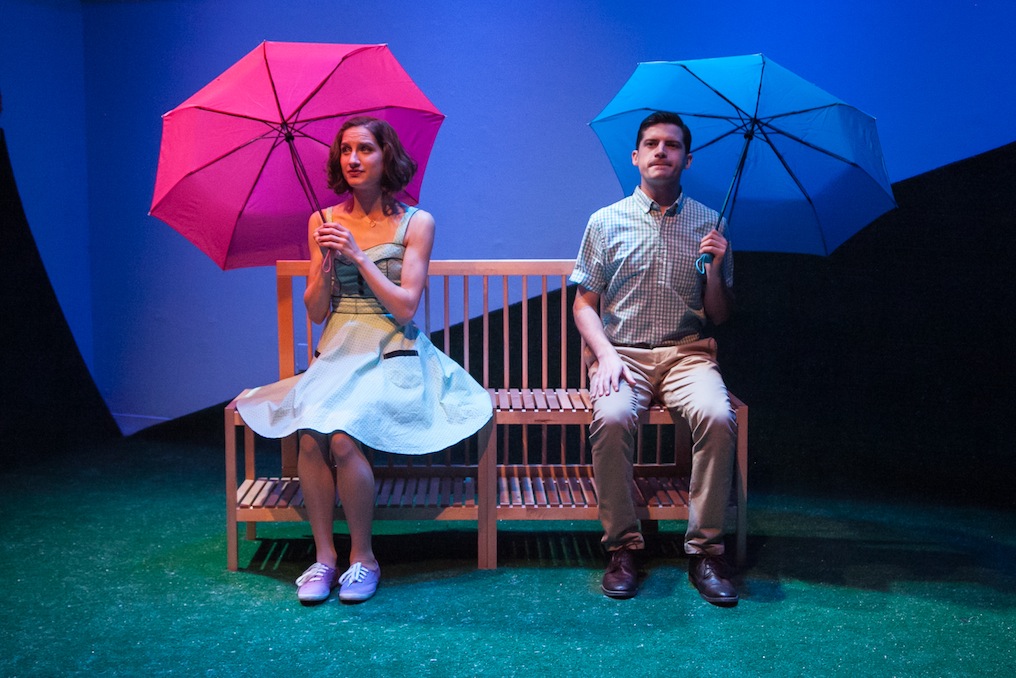 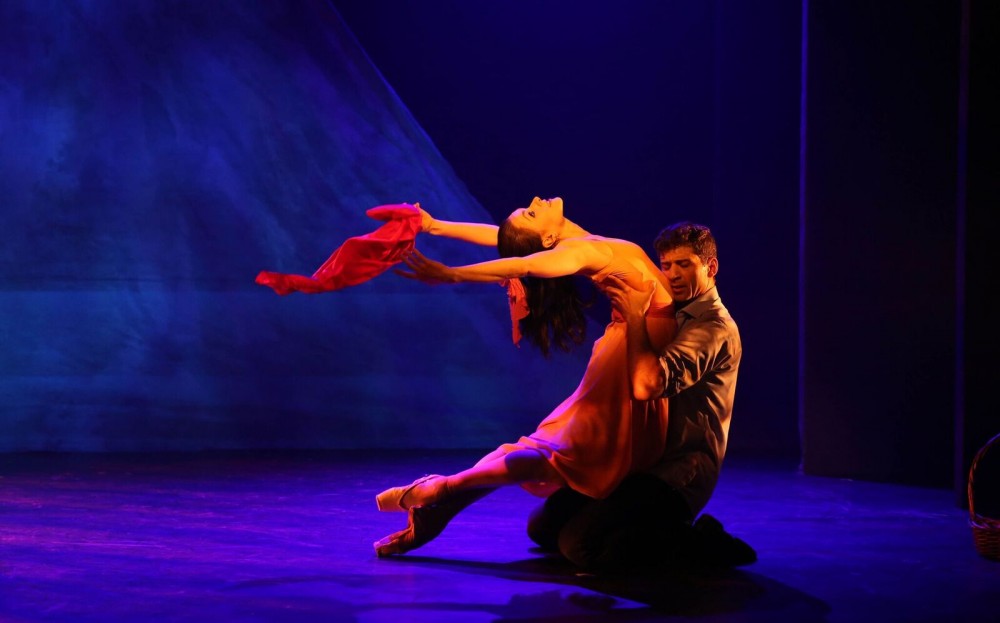 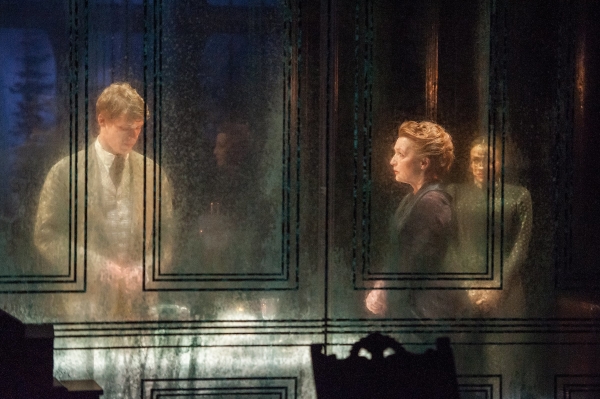