Portrait Unveiled for Cast of “Once” at Tony’s di Napoli 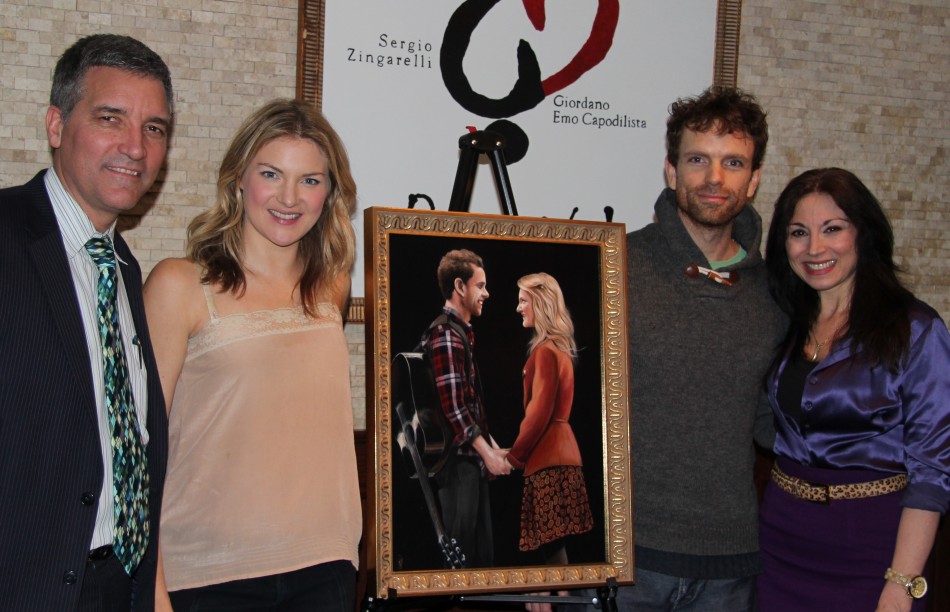 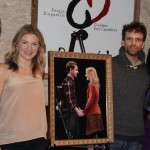 To commemorate the 2d Anniversary of the Broadway hit show “Once,” a portrait of the current stars Paul Alexander Nolan and Joanna Christie, was unveiled at Tony’s diNapoli Restaurant to be added to their prestigious Broadway Wall of Fame, the first in 2014. The portrait was created by Dan May.

The party was hosted by Bruce Dimpflmaier, Executive Manager and the event produced and emceed by Valerie Smaldone on March 18th. 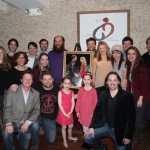 Poster copies signed by the stars will be auctioned off at a future event to benefit BC/EFA.